Wolff: This is their vision and we haven’t accepted it 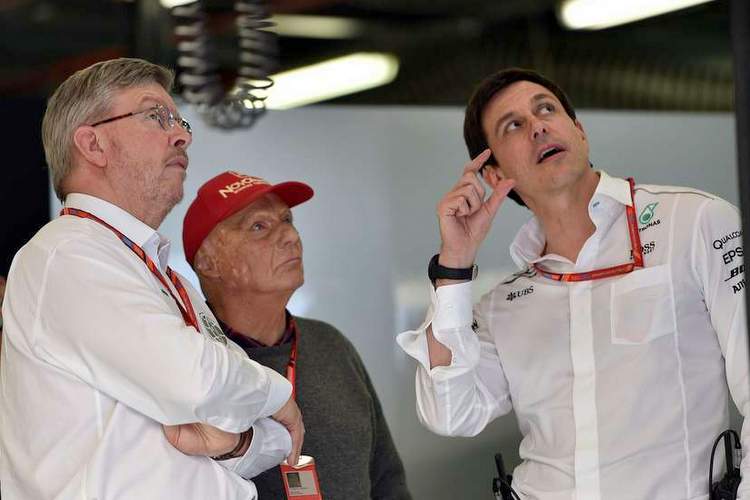 Formula 1 world champions and engine suppliers Mercedes have cast doubt on the new engine regulations proposed for the pinnacle of the sport in 2021.

Mercedes F1 boss Toto Wolff says he has “strong scepticism” about whether the ideas are the right way forward.

An outline of potential rules has been published by governing body the FIA and commercial rights holder the F1 Group.

“This is their vision and proposal and we haven’t accepted it. The flaw of the concept is that it’s a completely new engine and new investment,” said Wolff.

The FIA and F1 have proposed keeping the current engine architecture of a 1.6-litre turbo V6 hybrid but removing one of the two hybrid elements, increasing the power of the other, introducing driver-controlled hybrid deployment and standardising some parts.

Their aim is to reduce costs, improve the quality of the racing and the sound created by the engines, and enable independent companies to come into F1 and compete with the car manufacturers as engine suppliers.

But Wolff said he was “surprised” that the FIA had published so much detail on the new engine when the manufacturers had been told in a meeting on the same day that the plans were “a proposal of a vision for 2021” that would be subject to further discussion and refinement at F1’s various rule-making entities.

He added: “It portrays it in a way of this is how we’re going forward and none of the current OEMs (car manufacturers in F1) was particularly impressed.”

Ferrari have declined to comment. Renault and Honda have not yet responded to BBC Sport’s inquiries.

He said the proposals as published would mean “developing a new engine concept that will trigger immense costs” for the car manufacturers in F1 – Mercedes, Ferrari, Renault and Honda – “just for the sake of having a new concept”.

He added: “The new concept needs to tackle the deficit that has been outlined – development costs and noise level – and all that needs to be linked with a global view of F1. We haven’t seen any of that.”

Wolff would not discuss the detail of the proposals but insiders say it is clear why the new engine as detailed would increase costs and lead to a fundamentally new design:

In addition, removal of the MGU-H, which recovers energy from the turbo, and raising the revs would decrease the efficiency of the engine, which would mean cars would need more fuel, which would make them heavier at a time when there are already criticisms that they are too heavy.