Perez: No reason why Mexican fans should be bad to Ocon 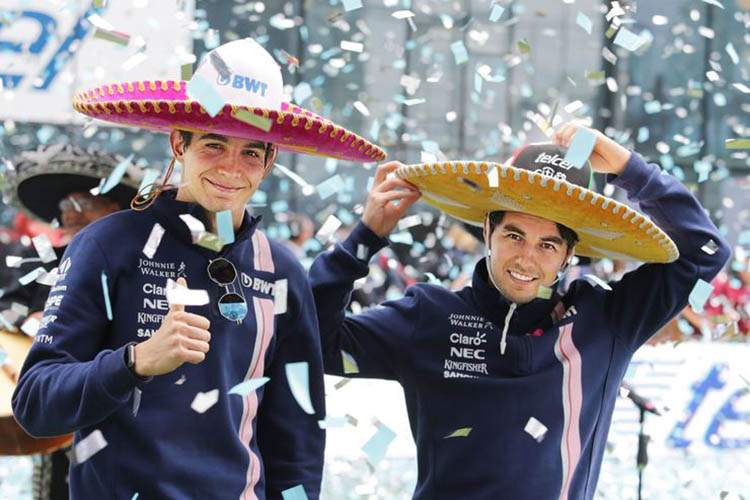 The 21-year-old Frenchman and the experienced Mexican have clashed several times, to the point where the British-based team invoked team orders to prevent more points from being squandered.

With Force India now looking secure in fourth place, 91 points clear of closest rivals Williams with three rounds remaining, the drivers are expected to be free to race again this weekend.

“I think we obviously had a bad relationship since Baku and especially we hit a very low point in Belgium,” Perez told reporters on Thursday.

“But afterwards we had a good conversation between us only, no one was involved there in the team. I think since that point everything has changed you know. The atmosphere, not only between us but also the engineers and everyone, is really good.

“Obviously, you want to beat each other but it’s important to have that respect. I think that respect is in place now. It’s something that makes me happy and the atmosphere is good. I don’t think the fans will be bad to Esteban.”

At the Belgian Grand Prix in August, Ocon angrily accused the Mexican of twice trying to kill him by squeezing him towards the wall while trying to overtake.

In Azerbaijan in June, they collided with podium places there for the taking.

They also argued in Canada and in July Perez said Ocon needed to change his attitude and understand what racing is about.

“Obviously they (the fans) will support me a lot here but I see no reason why they should be bad to him,” said Perez, the poster boy for Formula 1 in Mexico with his images on advertisements around the city.

“If anything, every event we have done so far they have been very good to him, not only to him but to everybody else. They really like the sport and at the end of the day it’s just a sport and it’s how it should be,” added Perez.

Meanwhile Ocon, who claims he has received death threats in the wake of his clashes with Perez, will be protected by bodyguards, a police escort and will have an armoured car at his disposal during his stay in the Mexican capital.