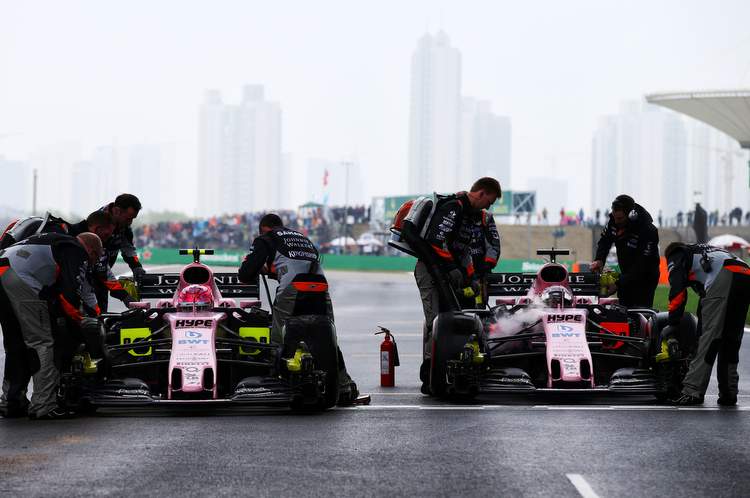 In the aftermath of the Canadian Grand Prix saga triggered by his refusal to allow his Force India teammate past to battle for a possible third place, Sergio Perez remains adamant that he did no wrong and that there are no team orders within the team.

Perez’s stubbornness was a major talking point in the aftermath of the race in Montreal, opinions are split on whether he did the right thing or not on the day by perhaps denying teammate Esteban Ocon his first podium finish and possibly costing Force India some valuable points. Report here>>>

Ahead of the Azerbaijan Grand Prix weekend, the Mexican remained convinced he did the right thing and told reporters, “I would do it all again, there are no team orders at Force India.”

As for the discussions immediately after the race in which he finished fourth and Ocon fifth, Perez explained, “You have to understand that after a grand prix you are still flooded with adrenaline, you might say things that you don’t intend.”

However it appears he did have a post race chat with his teammate, “We talked after the race, we also were on the phone in the week after Canada, with Esteban everything is clear. And with the team as well. I have the assurance that there will not be any team orders in the future either, we are free to race.”

As for the race itself, with Ocon bobbing and weaving behind Perez for the latter half of the race, Perez reflected, “The fact is that Esteban would not have passed Daniel Ricciardo, the team has enough data to prove that.”

“I wanted to stay ahead because I did not believe that Ocon had a better option than me. And that is exactly how it happened. I would do it all again. Ocon’s tires were thirteen laps fresher, that’s true, but tire wear is not an issue in Canada,” he claimed.

Team chief in absentia, Vijay Mallya confirmed Perez’s claim that team orders were not part of the team’s battle plan at this stage, “Montreal also showed the strengths of our driver line-up. Sergio and Esteban are very closely-matched and they are pushing each other hard on the track.”

“They both want to beat each other and this healthy competition will help drive us forward. They will get the best out of each other. We will continue to allow them to race freely, but we will always balance this with the best interests of the team.”

“You can’t pre-plan these things and every situation will be different,” added Mallya,

Force India arrive in Baku, for round eight of the Formula 1 World Championship, fourth in the constructors’ championship with Perez seventh is the drivers’ standings and Ocon eighth.

Big Question: How long before Sergio and Esteban start to seriously scrape paint?