Verstappen: I called him an idiot and I will not take it back 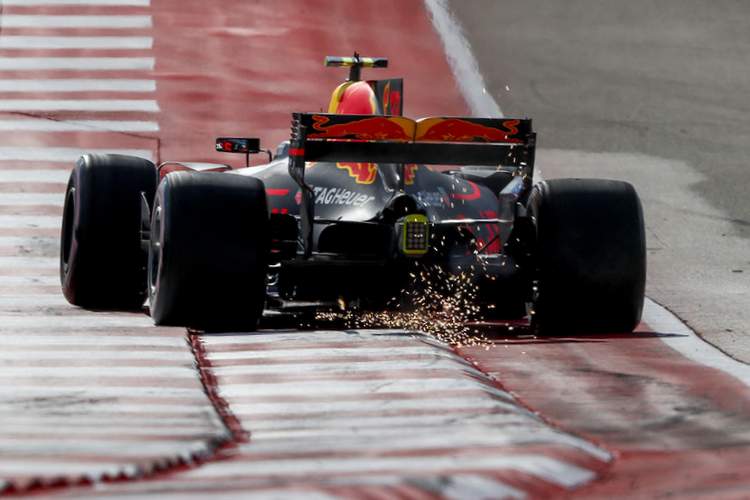 In the aftermath of a highly controversial United States Grand Prix, Max Verstappen is adamant that he will not take back calling a FIA appointed race steward an “idiot”, while claiming that the incident is now behind him.

Verstappen told De Telegraaf, “I called that steward an idiot, and I will not take it back. If you do not understand what’s going on in Austin, then you should not be judging us. Just look at Kimi, he looked embarrassed to be up on the podium.”

The steward in question is believed to be Garry Connelly, but unconfirmed reports suggest it was in fact the FIA race director Charlie Whiting who initiated the call to have Verstappen penalised for his last lap overtake on Kimi Raikkonen.

The facts are that Verstappen did exceed the track limits when getting by Raikkonen. This cannot be disputed as video evidence clearly shows that the Red Bull is off track in Turn 17 (where the incident happened) with all four wheels on the wide kerb.

As a result the Dutchman was handed a five seconds penalty, what had seemed like a sure third place was instead fourth place. The stewards’ decision launched heated debate among fans and media alike.

At the track, the overtake was met with a roar of approval from the packed grandstands, but the non-appearance of Verstappen was met by derision from fans both at the circuit and by all accounts in front of their TVs.

The 20 year old pointed out, “You can only dream of such a race. Believe me, I have no second thoughts that I did something wrong.”

The bone of contention is in the lack of consistency in the decision making process by the stewards. There were clearly several unpenalised incidents where other drivers went beyond the track limits during the race, when battling for position.

One of the stewards on the day was former F1 driver Mika Salo who summed up on Instagram, “Sometimes hard decision needs to be done. Verstappen gained advantage when he drove off the track by at least half a metre, and overtook Raikkonen in doing so. Rules are clear for these kind of situations and Verstappen was penalised five seconds.”

Sometimes hard decision needs to be done. Today, Verstappen gained advantage when he drove off the track by at least half a metre, and overtook Raikkonen in doing so. Rules are clear for these kind of situations and Verstappen was penalised five seconds. #shortcut #F1 #Austin

But Verstappen was aggrieved by the fact that he was singled out for punishment, “A few laps before that happened, a similar incident happened with Valtteri Bottas. It was much more extreme than this, yet nothing done about it. And then suddenly comes this decision out of the blue.”

The F1 circus now moves to Mexico and the Red Bull driver insists the incident is done and dusted, “Now it is already behind me. I am particularly pleased how it went. It was my best race ever, the team and I did everything we could.”

“That gives me a great feeling, but at the same time, as a driver, it is also my duty to indicate if something in F1 is very wrong. And this was very wrong,” added Verstappen.

How the FIA deal with the insult directed at one of theirs, as well as the derogatory remarks made by Verstappen’s father Jos, immediately after the incident, remains to be seen.

This story has evolved>>>

Big Question: Does Max need to be officially censured for his derogatory comments directed at a particular steward?