Alonso: I would race every weekend in any car in any country 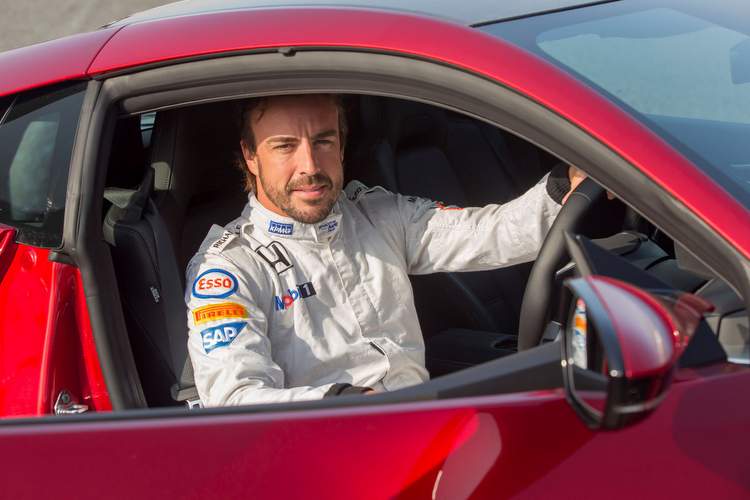 With confirmation, albeit unofficial as yet, that Fernando Alonso will line-up on the grid for the 2018 Daytona 24 Hours and possibly also at Le Mans 24 Hours the Spaniard reveals that he is keen to race every weekend.

Alonso told Sky Sports, “For me, I would race every weekend in any car in any country. Obviously that would be difficult for McLaren to allow me to race every weekend, but I think two or three weekends on the year [I will race] in a different series. So at the right time I will speak with the team and we’ll see what happens.”

Alonso contested this year’s Indy 500 with a McLaren backed Andretti Autosports entry, endearing himself to American race fans and media alike. He was also competitive in his first oval experience at the Brickyard running comfortably with the front runners, leading at one point, until his Honda engine expired

With Daytona virtually certain to feature on his programme next year, perhaps as a prelude to a fully fledged works LMP1 drive with Toyota at Le Mans, his quest for the elusive Triple Crown is gathering steam.

McLaren chief Zak Brown, who countenanced and arranged for Alonso’s Indy 500 adventure, has suggested that the team would not stand in the way of the team’s should he want to race outside Formula 1, as long as there is no clash of dates.

Brown told reporters, “If Fernando would like to do some additional racing that doesn’t compromise our Formula 1 efforts then we’ll be open to that conversation and flexible.”

Indeed Alonso’s Daytona drive will be with Brown’s own United Motorsports outfit which will run a Ligier JS P217 in the LMP2 for the Spaniard, rising star Lando Norris as well as a sister car at the legendary endurance race in Florida.

Despite another disappointing season in Formula 1 this season, Alonso has extended his stay with McLaren for at least another year and is confident that the new Renault power era for the Woking outfit will deliver results.

The double F1 World Champion explained, “I think this year we’ve really progressed and developed the car in the right way and the right direction. Sometimes we’ve had difficulties to see the results from the wind tunnel on the track but this year, every part we’ve put on the car is delivering what we expect.”

“Definitely that gives us confidence for next year. All the stuff currently in the wind tunnel, we have to have the trust that it will deliver next winter when we put it on the track. I had this feeling inside that we were doing everything right on the chassis part. We have all the data analysis, where we lose at which part of the corners – high speed, low speed, straights.’

“If we put some other power unit on our chassis, we know what we can do, and I think that’s probably the best news I had and what convinced me [to stay],” added Alonso who has not won in Formula 1 since the 2013 Spanish Grand Prix when he still drove for Ferrari.

Big Question: Is McLaren doing the right thing to allow Fernando to race outside Formula 1?