Alonso: It was nice to lead the Indy 500 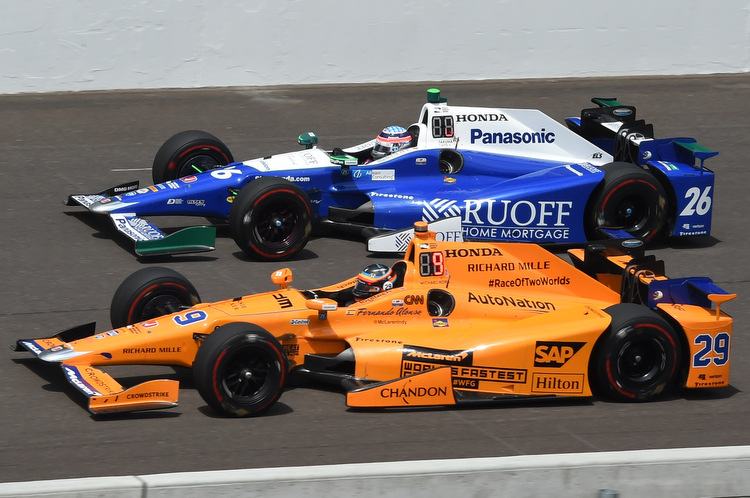 Fernando Alonso left the Brickyard without a fairytale victory to cap his Indy 500 adventure but had no regrets as he prepared to return to his Formula One day job with McLaren.

Alonso’s race finished in much the same way as many of his F1 efforts this year, in frustration and a blown engine with 21 laps remaining of the 200.

Criticised in some corners for chasing Indy 500 glory rather than competing in the F1 glamour race at Monaco, Alonso said he would not have traded his experience for another drive around the glitzy Mediterranean principality.

“It’s true that before coming here some of the questions were how you can trade Monaco race for Indy 500,” Alonso told reporters after playfully chugging on a carton of milk, the traditional drink of the Indy 500 winner.

“I won two times there (Monaco), I won two world championships. To drive around Monaco for a sixth place, seventh place, even a fifth place … To be here is not possible to compare that thing. I didn’t miss Monaco in terms of result.”

It was a giddy day for Alonso, who delivered the polished performance expected of a former F1 world champion until his car’s failure, running up front and even leading for 27 laps of the race won by Japan’s Takuma Sato.

Having never raced on an oval track or even driven an IndyCar until this month, the 34-year-old’s bravery and skill won the respect of the nearly 300,000 spectators who gave him a rousing standing ovation as his McLaren Andretti Autosport Honda slowed to a stop on the home straight-away.

Although Alonso treated his foray into IndyCar with the seriousness it deserved, it almost seemed a holiday for the Spaniard away from the pressures of his struggling F1 team.

But it is back to reality on Monday ahead of the next stop on the F1 calendar in Montreal on June 11.

“So for the future, Canada, obviously we will try to keep improving,” said Alonso. “I think the car seems to be performing better and better. I think the second half of the season will be much more competitive and we will enjoy much more.”