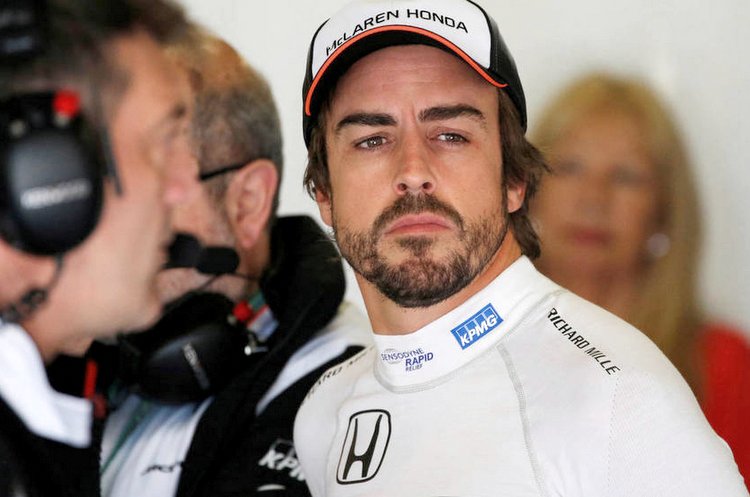 McLaren driver Fernando Alonso will miss the Monaco Grand Prix in May in order to race in the Indianapolis 500, his team announced on Wednesday.

McLaren is returning to the Indy 500 after an absence of 38 years and will enter a single car in the race.

“Since the Indianapolis 500 will take place on May 28th, the same day as the Monaco Grand Prix, Fernando will not race at Monaco this year,” McLaren said in a statement.

Alonso is out of contract with McLaren at the end of the season and the Formula One team’s troubled start to the campaign has prompted speculation about whether the Spaniard would see out the year.

The double world champion and McLaren endured a frustrating season opening race in Australia, following on from pre-season testing marred by a lack of power and reliability from their Honda engines.

Alonso’s hopes of scoring his first points of the season in last weekend’s Chinese Grand Prix at the weekend were dashed by a driveshaft failure.

“I’m immensely excited that I’ll be racing in this year’s Indy 500, with McLaren, Honda and Andretti Autosport,” Alonso said in a statement.

“The Indy 500 is one of the most famous races on the global motorsport calendar, rivalled only by the Le Mans 24 Hours and the Monaco Grand Prix. It’s of course a regret of mine that I won’t be able to race at Monaco this year.”

“But Monaco will be the only 2017 Grand Prix I’ll be missing, and I’ll be back in the cockpit of the McLaren-Honda MCL32 for the Canadian Grand Prix in Montreal in early June.”

McLaren CEO Zak Brown commented, “As an American, albeit one who fell in love with Formula 1 at a very young age, I’ve always regarded the Indy 500 as a fantastic motor race.

“For that reason I’m particularly delighted to have been able to bring McLaren back to Indianapolis in my very first year as McLaren’s Executive Director.”

“Michael [Andretti] is an old friend of mine, and a man I respect enormously, and his Andretti Autosport organisation is one of the best in the business. Michael is a winner – indeed his team won the Indy 500 last year with Alexander Rossi, who will be one of Fernando’s team-mates at Indy next month – and I couldn’t be happier that Fernando will be making his IndyCar debut in one of Michael’s cars,” added Brown.

ESPN report that “Alonso will fly to Indianapolis from Barcelona immediately after the Spanish Grand Prix, where he will spend two weeks practicing with the car before the race.”

McLaren have said they will confirm his replacement “in due course” but it is expected that their former driver, turned ambassador and reserve, Jenson Button will be lining up for the team for the Monaco Grand Prix weekend.