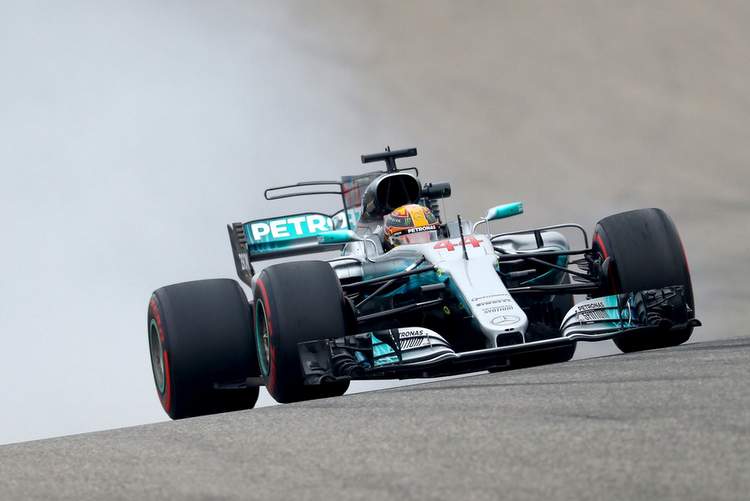 After ending quickest in the morning FP1 session, Mercedes driver and Formula 1 championship leader Lewis Hamilton topped the timing screens at the end of the second free practice session of the United States Grand Prix weekend, setting himself as the man to beat at Circuit of the Americas.

The morning FP1 was held in damp and dreary conditions, but by the afternoon sun and blue overhead produced a more meaningful session for teams and drivers.

Hamilton’s best lap time of 1:34.668 was almost two and a half seconds up on his morning time, using a set of Pirelli ultrasoft tyres for the first time on the day.

Showing a good turn of speed was Max Verstappen in the Red Bull who ended the session second quickest, just under four tenths of a second shy of Hamilton’s top time.

Title contender Sebastian Vettel was third fastest, half a second down on the top time. But it was not the afternoon Ferrari would have wanted. Half an hour into the session he spun into the gravel, he recover and made it to the pits slowly where he remained for a long while.

His return was short-lived as a suspension issue forced him back to the garage. He managed to get out again late in the session but with only nine laps on his chart he will be concerned by the lack of data and not being able to complete a long run simulation.

Daniel Ricciardo was fifth fastest, four tenths down on his Red Bull teammate Verstappen, with Kimi Raikkonen sixth, three tenths shy of Vettel in the other Ferrari.

After doing only a handful of installation laps in the morning, due to a hydraulic leak, Fernando Alonso bounced back with the seventh fastest time after his McLaren-Honda crew sorted out the problem in between sessions. Teammate Stoffel Vandoorne was 15th albeit over a second down on the Spaniard.

Next up were the Mercedes powered trio of Felipe Massa in the Williams who ended eighth, ahead of Force India’s Sergio Perez and Esteban Ocon in ninth and tenth respectively – nine thousandth of a second separating the boys in pink.

Carlos Sainz enjoyed a positive start to his new Renault job by beating Nico Hulkenberg in both sessions on the day. The Spaniard getting the better of the German by five thousandth of a second in FP1. An impressive showing considering it was his first day in the car, signaling to his new team that he means business.

Daniil Kvyat was back with Toro Rosso after a two race lay-off and it was immediately clear that the Russian is out to prove a point and redeem himself as he battles to save his F1 career.

The Russian’s best time was good for 13th, but notably he was 1.2 seconds faster than Brendon Hartley in the sister car.

To be fair Hartley, Le Mans winner and WEC world champion, did a good job on his first day in a single-seater after several years of sportscar and GT racing.

On home spoil has endured a tough session with Kevin Magnussen 14th and Romain Grosjean slowest of all in 20th, the pair ripping over each other early in the session. 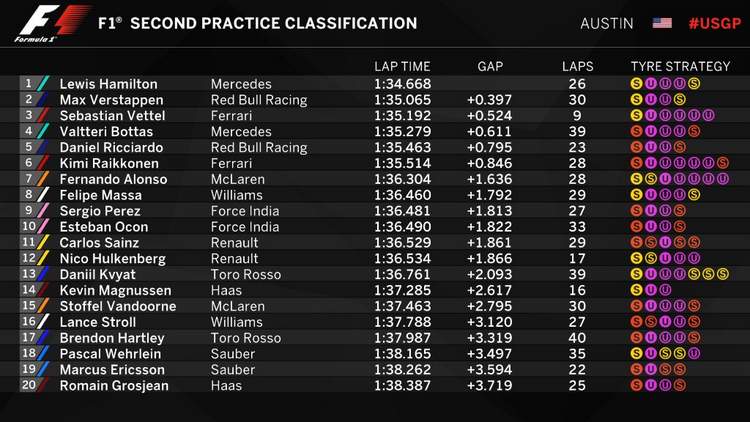