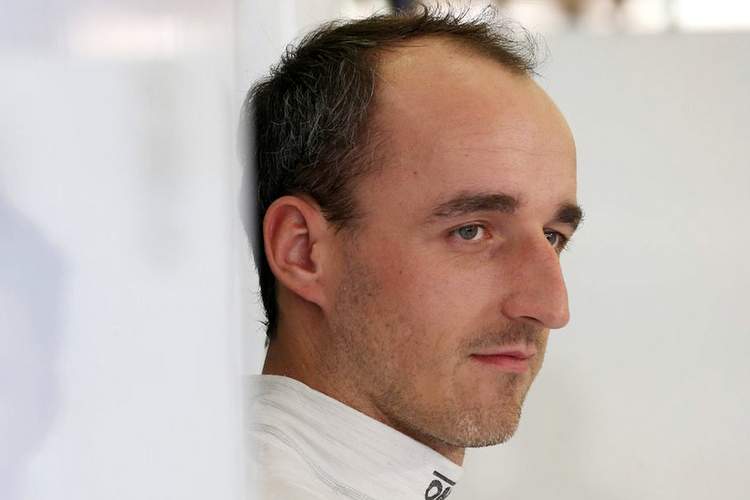 Robert Kubica has completed a first day of testing with Williams at Silverstone in an all white FW36, as the team begin a process of assessing drivers who may replace Felipe Massa in the team for 2018 and beyond.

Under cloudy skies Kubica “completed a successful day with the team” according to a spokesperson who did not divulge any further information, thus lap times and the amount of laps covered by the Polish driver are not known.

It is believed that the car used was the same one driven by the team’s rookie driver Lance Stroll during his intensive testing programme last year.

Kubica is being evaluated by Williams in the wake of successful tests he had with Renault in August. The French team flirted with the idea of giving him a full-time drive in 2018 but in the end opted to sign Carlos Sainz on loan from Red Bull.

Also in contention is Paul di Resta who stood in for Felipe Massa when the Brazilian was taken ill during the Hungarian Grand Prix weekend. The Scot gave a good account of himself despite minimal preparation and running before getting the call up.

Williams technical chief Paddy Lowe said last week, “We will test those two drivers. We won’t give away any information around what we do within those tests, that’s a private matter for us and I would stress that doesn’t mean that they’re the only drivers under consideration.”

Both Di Resta and Kubica are expected to test for Williams at Hungaroring next week, ahead of the United States Grand Prix weekend, for further evaluation and to help the Grove outfit make a decision about their drivers for next season.

Stroll is expected to remain with the team, but the future of Felipe Massa is uncertain although the Brazilian veteran is keen to remain for another season, while Mercedes backed Pascal Wehrlein is reportedly also a candidate being considered.