Bottas: I think my performance was better 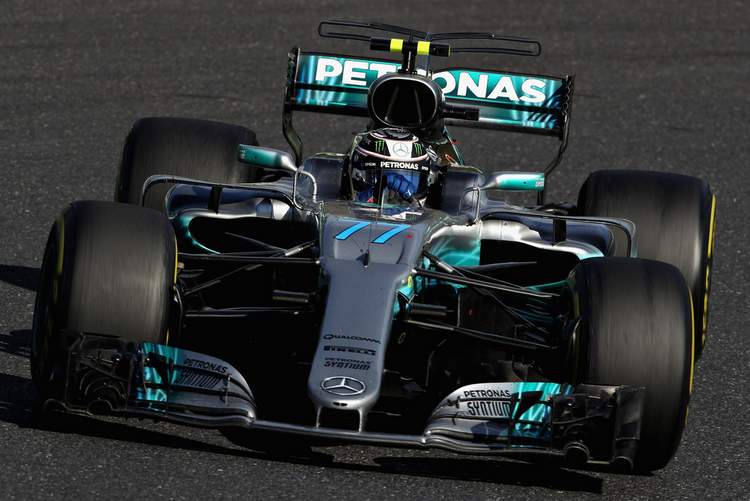 Valtteri Bottas has endured a crisis of confidence since the season resumed after the summer break in Belgium, the Mercedes driver struggling to match the pace of his teammate in the five races that have taken place since then.

During qualifying in Belgium, Italy, Singapore and Malaysia the Finn was over a second down on the sister car, but in Japan he was closer, the gap to Hamilton only three tenths of a second in Q3.

Bottas said of his race in Japan, where he finished fourth, “I think from the last few weekends I’ve definitely learned a lot. I think I managed to perform in a better way this weekend, controlling some of the issues I’ve had before. I think my performance was better.”

“[Suzuka] normally can be very difficult to manage the tires and manage the overheating, and setting up the car can be tricky. I think in every way this weekend was pretty decent. Without the grid penalty, I should have been in a good position.”

“I think pace-wise it was a strong race for me, especially in the second stint. I had a good pace and had the quickest lap of the race, so definitely feeling better after this race than the last one. I’m looking forward to Austin.”

Bottas had struggled in earlier races with the nuances of the W08, prompting Mercedes chief Toto Wolff to reveal, “Valtteri seems to struggle more in having the car in the sweet-spot than Lewis.”

But Japan gave Bottas reason to see the positives, “Definitely felt better. Of course it’s not easy to come to this weekend after so many difficulties, but I just had to try and reset somehow and approach the weekend as normal.”

“This weekend, looking at times I’ve had really, really good pace, and thanks to all the support from the team. I feel much more confident now than after Malaysia.”

One of the key moments in the race at Suzuka came when the Silver Arrows pit wall called on Bottas to succumb the lead and allow Hamilton to pass and retake the lead.

At that point Hamilton had pitted for fresh tyres, while Bottas was still running on the tyres he had started the race on, and had not yet made his stop. As a result the Finn’s lap times were down in the 1:37 zone and there was a hint that he was holding up his teammate who was being hunted down by Red Bull’s Max Verstappen.

At which point the call to move over came over the team radio, Bottas explained, “For me, there was not a lot [of discussion]. Maybe internally there was more. They just told me when to do it, really, and I kind of got the point – I understood completely the situation. Without the gearbox penalty we had, we would not have been in this situation.”

With regards to the lead swap, Bottas said, “For sure it was not ideal for both of us – he lost time and I think I lost quite a few seconds at that point as well, which would have helped me massively at the end of the race.”

“So for sure we will look into everything if it could have been done better, but I understood the situation,” added Bottas who lies third in the championship standings with four rounds remaining.