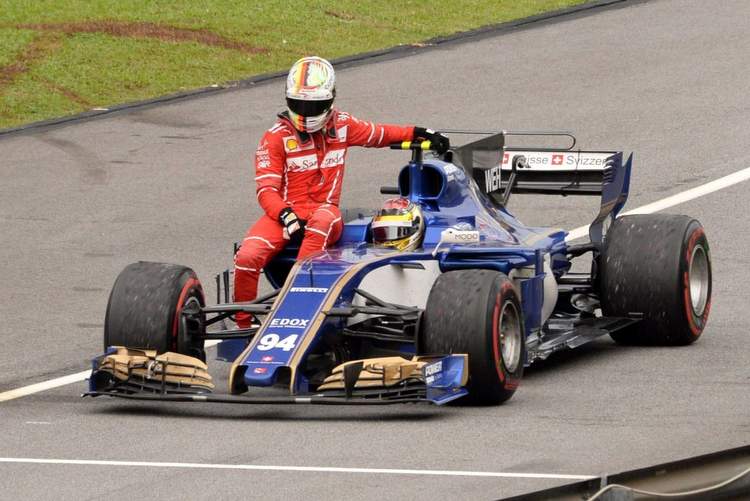 In the aftermath of a torrid, problem packed, Malaysian Grand Prix weekend, Ferrari are hoping that Sebastian Vettel will avoid a grid penalty for a change of gearbox at the forthcoming Japanese Grand Prix.

It was feared that the gearbox may have required to be changed after the freak collision with Williams driver Lance Stroll on the slow-down lap at the end of the Malaysian Grand Prix.

The gearbox and related components were airlifted to the Maranello factory in Italy for investigation after which a team spokesperson confirmed: “It seems OK.”

If damaged, Vettel will face a five-place grid penalty at Suzuka, which will be another blow to his title battle with championship leader Lewis Hamilton.

The gearbox in question will be used in practice on Friday in Japan, after which Ferrari will assess whether it will be used for qualifying and the race.

Vettel heads into the race at Suzuka 34 points behind adrift of Mercedes driver Hamilton, with five rounds remaining and any further misfortune for Ferrari will further compromise their challenge.

It is not known if Vettel will receive a fine for getting a lift with Sauber driver Pascal Wehrlein after the incident. Typically the FIA fine drivers for such antics.