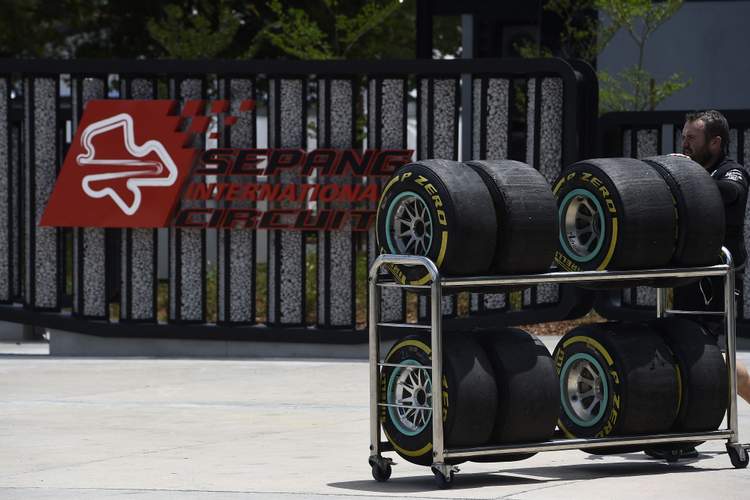 Having been one of the pioneers of Formula 1 in the Far East after joining the calendar in 1999, the Malaysian Grand Prix runs for the last time this weekend.

The Sepang track underwent some significant changes in 2016, being entirely resurfaced to remove many of the bumps that were formerly a key characteristic of the circuit, originally built on a swamp.

However, the tropical and humid weather, with regular monsoon-like downpours in the afternoon, remains a notable feature.

The circuit from a tyre point of view 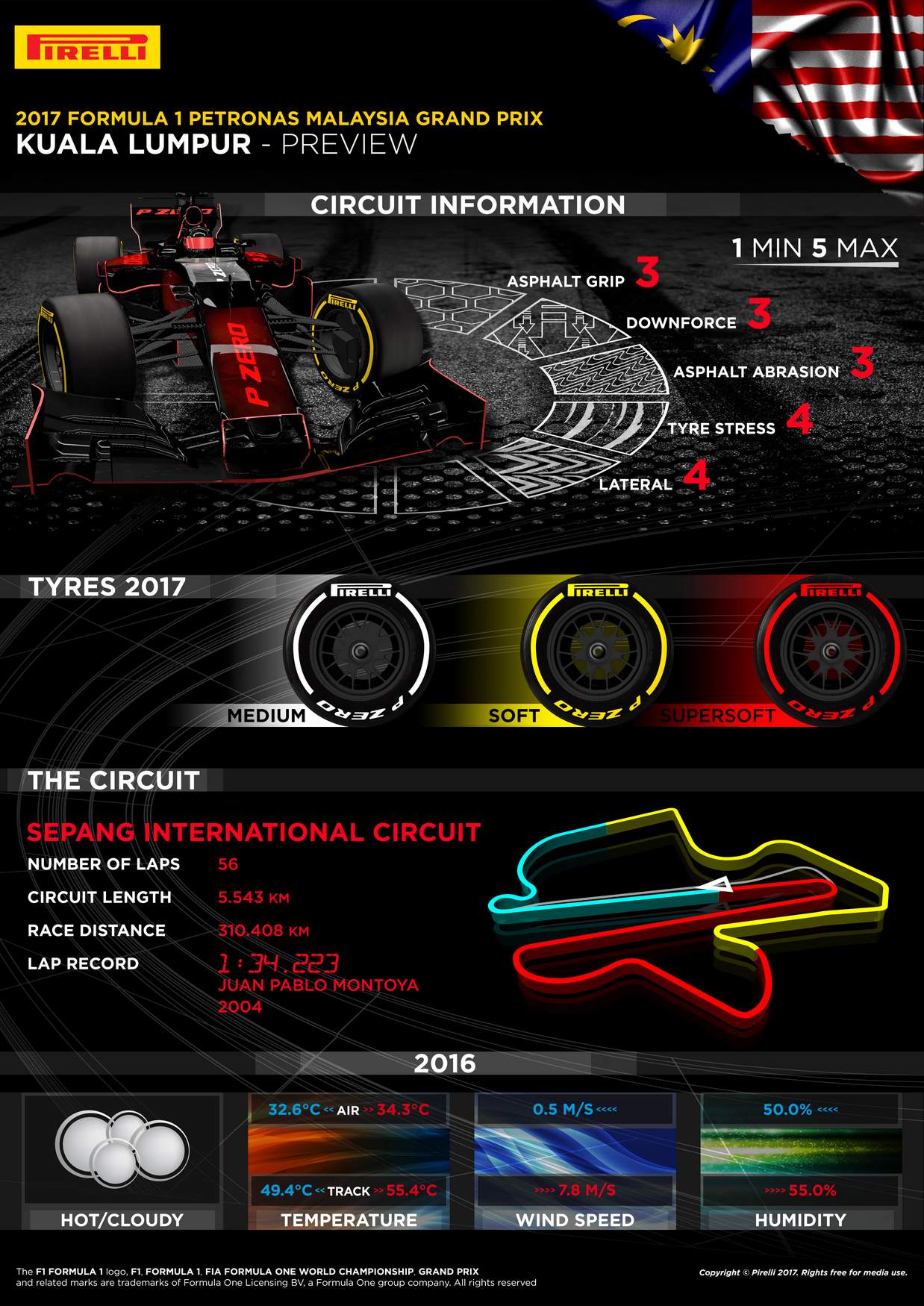 Mario Isola, Head of Car Racing: “The Malaysian Grand Prix we saw last year was somewhat different to previous seasons, thanks to its return to an autumn slot and the comprehensive resurfacing work that took place in 2016. This also had the result of improving drainage: an important aspect at a circuit where it can rain so heavily and frequently. However, the
characteristics of new asphalt can change from one year to the next, so it will be interesting to see what the effect of this is. This year we are bringing the softest selection of tyres ever seen in Malaysia, which we expect to result in even faster lap times, with the supersoft used there for the first time. Consequently, all previous strategy calculations will have to be adjusted, making the work done in free practice particularly important”.