Prost: At the end of 2018 many drivers will be without contracts 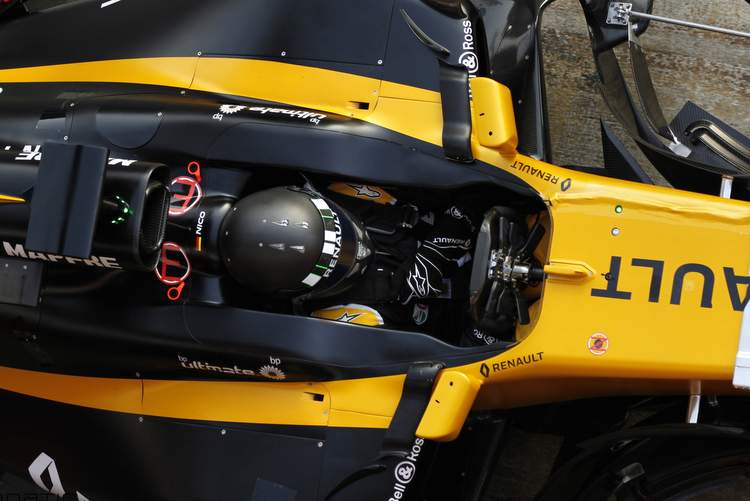 Renault have secured the services of Carlos Sainz to partner Nico Hulkenberg in 2018, but the French team is still keeping a close eye on the 2019 driver market when several heavy hitters will become available and Alain Prost hopes, at that time, a seat with in the yellow cars will be an attractive option for a top driver.

The Sainz deal was a sweetener for Renault amid complicated negotiations that resulted in McLaren ditching Honda for Renault power and Toro Rosso agreeing to take on the Japanese power units from 2018 and beyond.

Part of the deal was that Red Bull agreed to loan Sainz to Renault. The fine print in the deal reportedly allows the energy drinks outfit to recall Sainz in 2019 should a position at the Red Bull team become available, although a clause is said to exist which precludes the Spaniard from returning to Toro Rosso.

Thus it is no surprise that Renault are keeping tabs on the drivers that will become available at the end end of next year. These include the likes of Lewis Hamilton, Valtteri Bottas, Daniel Ricciardo, Sergio Perez and possibly Max Verstappen.

Renault special adviser Prost admitted, “The driver market is important and we are in position for the end of 2018 when it is a little bit open for discussion.”

“At the end of 2018 there are a lot of drivers without contracts. We want to be better as a team, next year we will prove we are better than we are now and we want to be in the key market.”

“We have Carlos next year but he is remaining in the Red Bull family. But if he performs well and wants to stay we will find a solution,” added Prost.