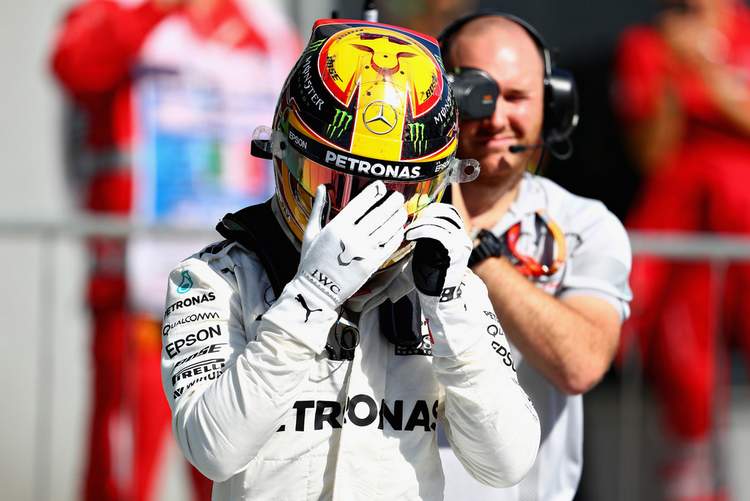 Lewis Hamilton took the lead in the 2017 Formula 1 World Championship for the first time thanks to his dominant victory at the recent Italian Grand Prix, now with a three points lead over title rival Sebastian Vettel, with the Mercedes driver feeling empowered as he heads to the Singapore Grand prix.

Hamilton said, “It’s an empowering feeling for sure, because it’s been a real constant search and battle…which is what’s been needed to overhaul the Ferraris, because they’ve been exceptional all year long.”

“You come into a season and there’s certain decisions you make in your life along the way, not necessarily knowing how they are going to impact on your future or how you perform, but all with the goal of performing as I have been.”

“To come to these last few races, which have been real solid races, I definitely feel like I’ve found more heart and passion within myself in the last three or four races.”

“The break was a real nice balance; I did the same thing generally as I do most years. I spent great times with friends, I got lots of sleep, which is healthy, I had a real good balance of play time and relaxing, and also a bit of training.”

“I guess the whole season is kind of pedal to the metal all year long and I think going into that break for a little bit I was flat out. Then I timed it just perfectly where I came off and made sure that I recharged the batteries and that’s what they are. They are fully charged and ready to go.”

“Towards the end of the first part of the season you are kind of running on the low end of the battery pack, where now I’m working on the top end of it. So that’s a good feeling and while I always feel that I drive with my heart, I think my heart is really the engine and the power and the force behind what I do.”

“I think my mind is really like that of a runner and I feel like it’s been really good at steering me in the right direction in terms of how I’ve prepared,” added Hamilton who is targeting his seventh victory of the season at Marina Bay Circuit.

Big Question: Can Lewis be beaten to the title this year?