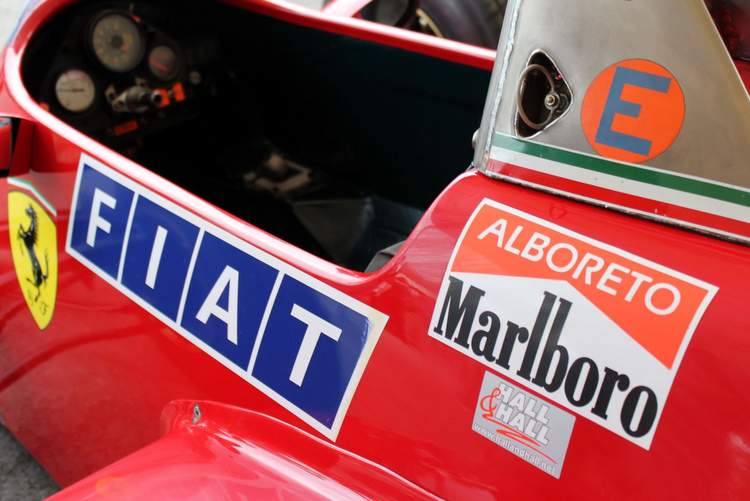 Marlboro have a long association with Ferrari which just got longer as the team confirmed the extension of their deal with Philip Morris, making it the longest sponsor partnership in the history of the sport.

The partnership has stood the test of time, including severe global tobacco advertising restrictions. Despite this the white and red chevron, which has been part of Formula 1 for over four decades, has vanished bu the company’s involvement remains in a different and more subtly guise.

In 1972 Marlboro branding appeared on the BRM cars and Frank Williams’ run Iso Marlboro. Since then they were title sponsors of McLaren during the years of James Hunt, Niki Lauda, Alain Prost, Ayrton Senna and Mika Hakkinen to name some drivers who drove with the Marlboro emblem on their race overalls.

During the course of the seventies, eighties and nineties Marlboro backed drivers were plentiful on the grid, irrespective of who they drove for, as the company provided essential funding for talented drivers to compete in junior series on their way to the Formula 1 grid.

The Philip Morris owned brand were also title sponsors of numerous grand prix races around the globe, and their involvement inevitably garnered huge amounts of influence on and off the track.

It was a Marlboro backed initiative in the seventies that saw a young Ron Dennis, boss of Project Four Formula 2 team, take control of McLaren from Teddy Mayer.

Dennis then built the team into one of the most successful outfits in the sport thanks to Philip Morris backing. The white McLaren’s with the distinctive bright red flashes are among the most iconic cars in Formula 1 history.

The Ferrari connection began in 1984 when the Marlboro stickers appeared on the side of the red cars, alongside the cockpit with the drivers surnames emblazoned on the logo. That year Michele Alboreto and Didier Pironi drove for the Maranello team.

The brand had massive exposure with Ferrari during the Michael Schumacher era, and the logo was emblazoned on the red car that won the Ityalian team’s last Formula 1 title back in 2007 with Kimi Raikkonen.

The European Union’s health commissioner asked Ferrari back in 2007 to end tobacco sponsorship of the team, saying it undermined the goal to end cigarette advertising at sporting events.

In 2008 the word ‘Marlboro’ disappeared from the cars and replaced with a bar code which hardly disguised the fact that the cars were backed by the tobacco company.

In 2010 a “bar code” livery was removed from the Ferrari cars after complaints that it represented subliminal advertising for Marlboro. Ferrari said it did so to end speculation and had never intended the code to be associated with the brand.

Since then, over the years, the branding presence has been reduced to various different flashes alluding to their involvement with the team. These days a very discrete white triangle on the Ferrari engine cover fin remains a sign of their ongoing deal with the team.

The value of Philip Morris’ sponsorship contribution to Ferrari is unknown, however it is believed that their investment covers the substantial annual salary requirements of the drivers that Ferrari employ.