Vasseur: McLaren uncertainty led to no confidence in Honda deal 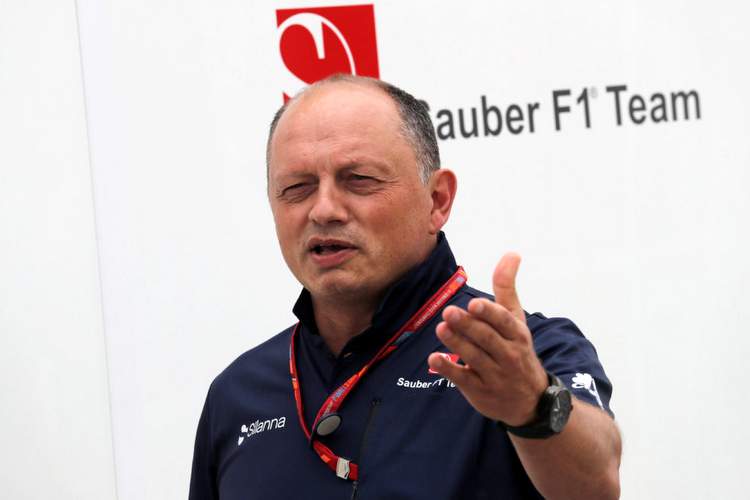 One of the first things Frederic Vasseur did when he took up the role of Sauber team principal was to dismantle the agreement the Swiss team had struck to be powered by Honda for 2018 and beyond.

In an interview with the official Formula 1 website Vasseur explained why this came about, “Leaving aside the current issues that Honda has with reliability or performance, as I know that they will come back at some point.”

“The biggest concern for us was that we could not secure the responsibility of the gearbox. We don’t have the resources internally to build our own gearbox, so we knew that we had to deal with someone.”

“With Honda we would have to deal with McLaren, but I was not so confident that McLaren would continue with Honda. So it would have created a strange situation: asking McLaren to provide the gearbox for a Honda engine when McLaren could be running another engine.”

“With this kind of scenario I was absolutely not confident. So the ‘reprocessing’ of the Honda deal was one of the biggest issues for Sauber,” added the Frenchman.

Since then Sauber and Ferrari agreed to extend their engine partnership, but Vasseur pointed out, “Sauber had already started the design of the 2018 car before I took the decision and that was the reason for the rush – so as not to throw good money at abandoned projects.”

“The design [to accommodate the Honda PU] was already in progress, then there was the factory shutdown, so we had to take the decision right away.”

Vasseur was Renault team principal for most of 2016, but later in the season he resigned after disagreements with Managing Director Cyril Abiteboul on how the team should be run.

He was approached earlier this year by Sauber to replace ousted Monisha Kaltenborn in the wake of a major reshuffle of the team by the new owners Longbow Finance under the chairmanship of Pascal Picci.

Vasseur recalled, “Everybody knows the story of me stopping at Renault at the end of last year. I don’t have to go into details. And honestly I didn’t try to come back into Formula 1, as I have many other projects.”

“But then I had the first contacts with Sauber around Monaco. We had a couple of meetings and I visited the factory and got convinced of the project – the global aspect of the project. And it didn’t take me too much time to come to a decision.”

“Yes, a newspaper announced it a bit prematurely, but secrets don’t stay secrets for too long in F1!”

“It is a good project which corresponds to my approach and my background. We – I – know where we are today and know more or less where we want to be in the future. And from now in it will be part of my life to build up something.”

This season Sauber are tenth in the constructors world championship standings with little hope of doing much better with their year-old Ferrari engines.

Vasseur is realistic about the team’s goals this year, “I am very honest: it would be very difficult to jump to P9. McLaren is in P9 today and McLaren is two times Sauber in terms of manpower – maybe even a bit more – so they have the capacity to improve faster than us. And they are already faster than us!”

“We could score points on some occasions, so I keep everybody under pressure to be there when the chance pops up. We will be pushing like hell – as if we were fighting for the championship.”

“We are already focusing on the future: the 2018 project is pretty well advanced, so this is where we are pushing on. But, of course, it is not an option to abandon 2017, because if you give up you will never recover,” concluded Vasseur.

Big Question: Will Sauber return to the midfield under Vasseur’s direction?