Vasseur: There was too much different vision 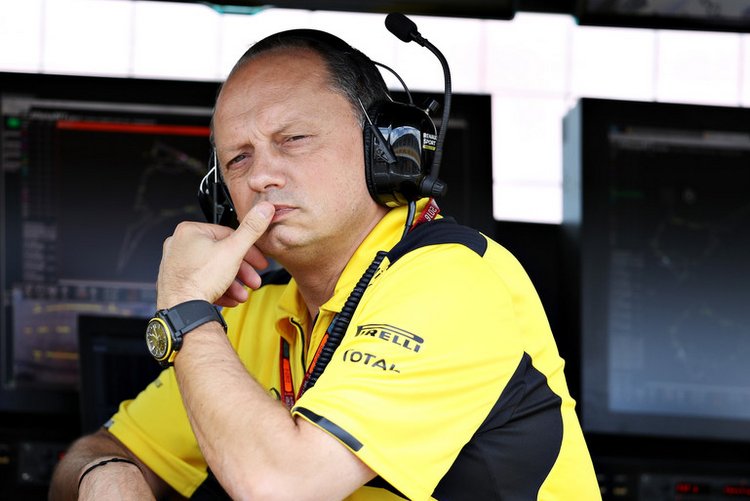 Although Frederic Vasseur’s departure from Renault caught the Formula 1 world by surprise, in the retrospect the writing was on the wall for some time.

Murmurs of a conflict of opinion between him and Cyril Abiteboul bubbled throughout last season, with their driver Kevin Magnussen, who departed for Haas, claiming, “Sometimes it’s a bit difficult to know who is actually in charge [at Renault] and who will make a decision.”

Which Vasseur confirmed in an interview in the wake of his departure, “There was too much different vision in the management of the team, so at this stage I think it makes sense for me to leave.”

“For the Renault team also, if you want to perform in F1, you need to have one leader in the team and one single way. If you have two different visions then the result is that the work inside the team is slow.”

Vasseur is a no nonsense individual who built a formidable GP2 Series team with Nicolas Todt before joining Renault in 2016.

Despite a short tenure with the French team, Vasseur said, “I have a positive feeling that we did all together a good job on some points: in terms of recruitment, in terms of restructuring the company and also in track operations.”

“We improved a lot over the past season and some strong engineers will join the team over the next few weeks and months. So there were some positive aspects.”

“But the frustration is like if you are building the foundations of a house and you stop after the first metre… But that is fine. I’ve made my decision.”

As for the road ahead, Vasseur said, “I am not too much worried about my future. First, I will take one week off, with my family, and then I will see. I will have some discussions about other projects, but it is not the right time now to think about this.”

“I want to close properly my collaboration with Renault F1 team, and then I will think about the future. I have enough things to do to be more than busy, so it won’t be an issue,” added Vasseur.