Holland is empty as fans flock to Spa to cheer for Max! 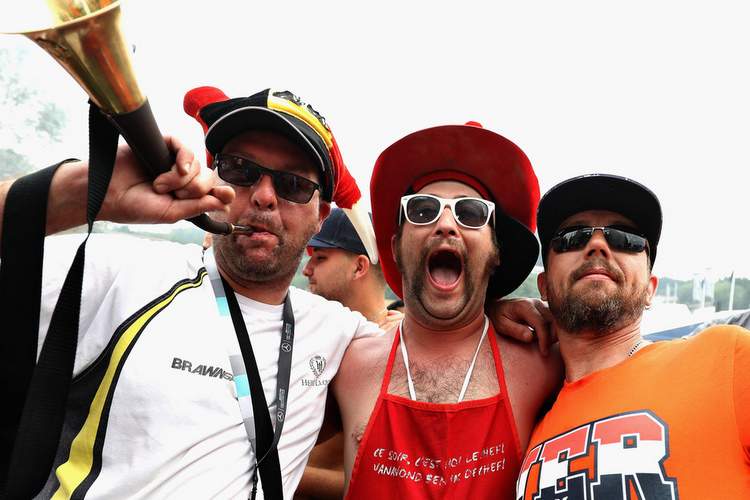 The winding hillside roads at Spa-Francorchamps will turn orange for Sunday’s Belgian Grand Prix as tens of thousands of Dutch fans flock across the border to cheer on Red Bull driver Max Verstappen.

With the Netherlands being just over 50 kilometres from the Belgian track, Spa is considered the home event for Red Bull’s 19-year-old prodigy.

Most of the fans visiting Spa-Francorchamps during the weekend are Dutch, with Dutch flags and orange shirts, not unlike those worn by the national soccer team, a common sight on the grandstands lining the track.

“It is a massive motivation to see so many of them and do well for them,” Verstappen, himself donning an orange cap, told reporters after securing fifth spot on the grid in qualifying on Saturday.

“When you drive back to the pits there are people hanging over the fence, cheering you on, it is great to see.”

Verstappen said he expected to be closer to Mercedes and Ferrari during Sunday’s race and hoped for rain to shake up the grid order.

While Max’s father Jos Verstappen attracted sizeable crowds of zealous fans during his racing career in the mid-1990s and early 2000s, he spent much of his time with lowly-ranked teams such as Simtek, Arrows and Minardi after a short-lived stint as Michael Schumacher’s team mate at Benetton.

Max, born to a Belgian mother, became the first Dutchman to ever win an F1 race with his victory in Spain last year and is considered by some to be a future world champion, significantly increasing the level of excitement among fans.

“Reports are coming in that Holland is empty. Tourists in Amsterdam awoke on Wednesday to discover everyone Dutch had left,” Red Bull wrote in a tongue-in-cheek report on their website.

In 2016, the Dutch fans had little to cheer about in Belgium as Verstappen qualified on the front row but tangled with Ferrari’s Kimi Raikkonen and Sebastian Vettel at the start and finished a disappointing 11th.

Departing from fifth grid position in Sunday’s race, Verstappen will once again have to stay clear of traffic on Spa’s tricky first corner, an almost 180-degree bend.

“It was quite disappointing for all those fans that turned up when his race was effectively over within 50 or 60 metres and we’re hoping that it will last a little bit longer this year,” said Red Bull team principal Christian Horner.