Vettel: I’m sure Max will calm down 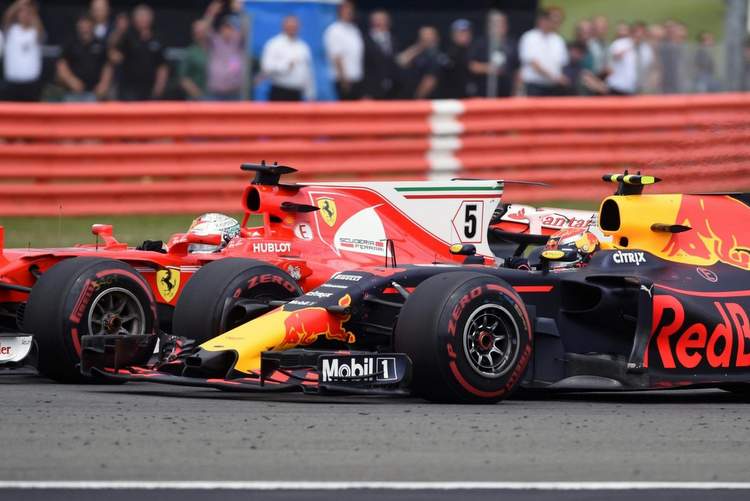 Sebastian Vettel and Max Verstappen had a cracking battle for third place before the first pit stops and, in the aftermath of a dramatic British Grand Prix, the Ferrari driver believes that the Red Bull teenager needs to calm down.

After the race Vettel, who finished seventh after a late puncture cost him a certain fourth place, spoke to reporters about the intense battle, “It’s not right to say I expected it, but we know he is a bit jumpy on that.”

“He was defending as hard as possible, but at some point you need to stick to your line. I am sure he will calm down, it’s not that many races he has done.”

With Vettel attacking relentlessly and Verstappen defending stubbornly, the pair rubbed wheels and each were forced wide and off-track by the other.

Vettel could not find a way past and had a moan over the radio before waving a hand out the cockpit in frustration. The Red Bull driver stood fast in what has become his trademark style.

Asked if Verstappen was out of line with his defensive moves, Vettel replied,”No, not really, but you can argue: what did it bring him? The fact that I ran out of tyres and it blows up, that’s something nobody could’ve seen.

“It was clear we were faster, we got him in the pitstop. We weren’t fighting anybody else so it’s fine. He has calmed down a lot already. It’s normal,” added Vettel who saw a certain fourth place turn to seventh due to a puncture late in the race., while Verstappen finished fourth.

Ironically Vettel was recently hauled over the coals for a bout of ‘road rage’ he had during the Azerbaijan Grand Prix which resulted in a 10 seconds penalty and three points on his superlicence. He has since apologised for his antics on the day in Baku.

Big Question: Does Max need to calm down?