Inside Line: Why is the Honda engine so bad? 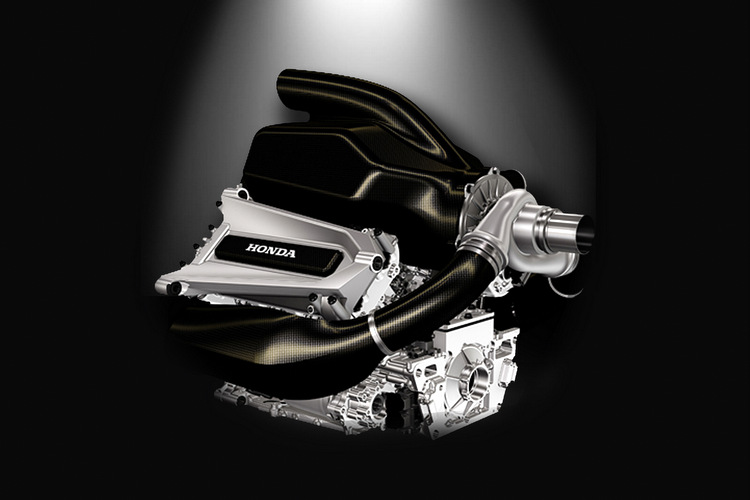 So to explain the complexities Honda are facing in getting things right, first we must all get get a basic understanding what the things are.

This article is in no way complete and (using F1 language,) “for sure” is a very simplified scenario of why Honda are struggling to produce power, any kind of fuel economy, and not least, reliability.

What we do know is that the Honda PU is heavy on fuel, down on power, and has a tendency to commit suicide (you would wouldn’t you).

Firstly we should point out that the latest incarnation of a Honda power unit features an internal combustion system unlike most systems you would relate to.  Oddly it bears more resemblance to an archaic diesel engine than perhaps the latest highly efficient petrol offering in the showroom.  So please take what you know about ignition systems and put it to one side.

So the question.. Why is the Honda engine so bad?

Well lets again start with perhaps why it isn’t, we also know that the Honda engine in the paddock is classed as a GOOD engine (that’s right) and when it is fully developed it is likely to be a match for Merc and Ferrari.  Sauber might not be so daft..

We also know that new combustion technologies have been used by other teams that usual refer to it as a Thermally Efficient engine.  It is a tricky system to get right, ask Renault.  But when its right, its right.  Ask Mercedes.

I will assume a general understanding of how an Internal Combustion Engine (ICE) works so I am not going to include that in the comparison.

It is unclear as to exactly which new technology Honda are using, there have been reports across the internet in the past but we have some reservations about the reliability of the original sources.  It could be one of two types.  HCCI or TJI.

The fundamental differences are depicted as follows :-

The basics of TJI are to pre-ignite an air/fuel mix to cause a pressurised flame that is forced into the combustion chamber through tiny holes in the pre ignition chamber at precisely the right time to produce the explosion.

This is far more efficient than say a single spark plug which will ignite in a much  less uniform manner out from the electrode gap. The “spark” from a spark plug will have what is known as a flame front at the outer edge of the fire which is what causes heat and emissions. The best way to visualise how a spark ignites is to drop a marble into a flat sided tray of water and watch the first ripple – that exactly how a flame travels from a spark plug. The resulting explosion of the fuel/air mix can be seen as an arc cone down from the electrode into the bore igniting the fuel/air as it goes.

So, TJI can produce the same (and more) exploding force as a spark ignited engine, using less fuel as it all ignites together. The weaker the mix in the chamber the more power. Seems marginal in real time but this is the difference that makes one engine slightly better than the other.

The idea behind HCCI is that there is no artificially produced ignition source. No spark plug.  The fuel/air mix is ignited in the same way as diesel, i.e. compression. However, unlike a diesel engine where the air is compressed then injected with fuel, the fuel and air are pre mixed prior to entering from multiple angles into the combustion chamber.

This means that when the resultant explosion occurs, its throughout the bore in one go (as per TJI) and not in an arc out from the injector (like a spark ignited engine)

This again will produce the same exploding force, but using less fuel.

To make it easier to understand, this is roughly what happens and when

In a TJI engine, the mapping is finely tuned to depict the amount of fuel and air that enters the bore and then precisely when spark ignites. In theory pretty standard stuff, similar to a conventional engine but hard to get things just right

The obvious way to control it is through variable timing of the valve, but that would probably mean it would be less efficient…and that would mean that less of the allocated fuel could be used purposefully and hence reduce the power of the engine.

We have to conceded to a minute understanding in comparison to dedicated engineers, and despite years in engine mapping, these guys have forgotten more than we will ever know about these engines, the problem Honda are having is in controlling the compression within the bore in order to obtain efficiency. The optimum band in which the detonation of the HCCI engine is at peak is minute and getting it to occur at that time is proving difficult.

Engine dyno testing is one thing, putting it into a car where many other variable are added is another. To give but one example; air pressure that can change enough in one lap let alone a race. The mapping then becomes so complex that it would almost have to re-write itself constantly to maintain itself.

Detonation at the wrong time is a big problem.  If the piston is at the wrong part of the stroke cycle you get a  “knock” (an audible miss fire), and low power whilst it all gets adjusted.  The unburnt fuel is effectively passed through the exhaust valves and out the exhaust.  In short if the engine does not give up (and it probably will), it will be slow and terrible on fuel. Pistons are not meant to push when they should be sucking.

Running high boost adds to the issue (and I think the Honda does this, a lot).  Hot countries or altitudes will effect the issue.  This makes air intake temperature high.  This means the cylinder fills with poor quality and less dense are, so the fuel that gets mixed to match the ratio (road cars are generally 15:1) is also going to create low power, so running in dirty air adds to the issue.  These are issues that cannot be replicated on a dyno OR rolling road.  In reality it needs real life experience and tiny adjustments, it needs track time and Honda have had the least.

An experienced F1 engineer said: “The mapping includes software tables that define certain fuelling conditions.  E.G when airflow is X, fuel is Y and and ignition is Z.  These engines need to be so fuel efficient that it is difficult to keep out of the detonation zone inside the cylinders and if you get much of that, its game over.”

This can be especially difficult at certain rev zones and can cause big torsional oscillations through the power train…and I dunno – kill gearboxes.

So why is Honda struggling.?

Well time is an issue, its had the least time to get this right and they have had no experience yet.  There were rumours that Mercedes were going to assist Honda in certain aspects of development, my money is on the mapping.  Mercedes have now backed that truck up.

It has been suggested that Honda should strap the PU in a GT car and drive it round its own F1 track, but again – the mapping is such a fine art that unless the airflow is identical to the F1 car, and its in traffic there will probably be little to gain.

Then there is another idea, and it is just a theory BUT..

The fuel has many additives, one of which is OIL (see previous stories on extra tanks and bans for next year).  Engines, tolerances and especially mapping are designed around fuel, oil and other additives that keep temperatures inside the cylinders down and results in a more reliable and predictable combustion.  Understanding fuel, additives and they tiny details on how they effect combustion is ESSENTIAL to any mapping engineer.

Honda had developed all of its previous power units to specifically use Exxon-Mobil fuel but ahead of the 2017 season a very late switch to BP-Castrol fuel was needed after McLaren signed a new deal with the the British supplier.  This would have been a massive blow.  Engine tokens are ditched this year but this change needs real miles.  Track time is non existent, and dynos are almost useless past producing a base map.

So I am going to say it… Have McLaren created a large chunk of the problems through a last minute trade deal?

Baku saw a new generation engine used, and Sky reported that they had bought it along basically as a dyno test.  They retired and returned to the old engine because they feared the gearbox failure (power train oscillations in specific rev ranges anyone?) may have damaged the engine. It may have but I don’t think they ever intended on using it for the race. Just some track time.