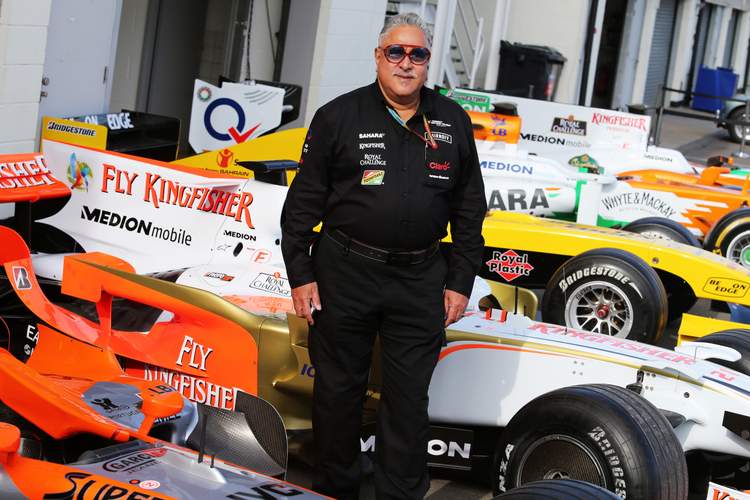 Vijay Mallya’s long serving accountant Thiruvannamalai Venkatesan Laskshimi Kanthan has registered a series of companies, named: Force One Racing, Force One Grand Prix, Force One Team, Force One Technologies, Force One Brand and Force One Hospitality suggesting that Force India will undergo a name change for 2018 and beyond.

The existing Sahara Force India F1 Team is likely to change to Force One Formula One Team and will seek to retain it’s financial and commercial benefits from FOM,

Kanthan, who is also a director of Force India, is likely to have been mandated to begin the process of a name change by Mallya who hinted earlier this month that such a move was on the cards.

Mallya said in a recent interview, “There is a growing feeling that maybe since we are a much-improved team in terms of performance and attracting more international sponsors, and sadly less Indian sponsors, there is a debate as to why the name should not be changed to give it a more international flavour.”

“There are some people who believe the current name Force India is restrictive psychologically. I’m considering along with the other shareholders what steps to take but it’s a major decision and one that is not going to be taken in a hurry without due consideration.”

For the name change to take place, the FIA would have to approve the chassis name change which would most likely be Force One-Mercedes. But this should be a mere formality and it is sure that the team will fulfill all the protocols required to keep receiving benefits from the sport.

The team began life as Jordan Grand Prix in 1991. In 2005 Midland Group bought the team and a year later renamed it to MF1 Racing. That same year, in 2006, it was sold to Dutch car manufacturer Spyker and became Spyker F1 for 2007, before being sold to Vijay Mallya’s consortium who renamed it to Force India in 2008.

Team COO Otmar Szafnauer, said, “Force India was born out of Vijay owning the team. His hopes that some India companies would sponsor us. As it turned out, there were a couple, but not very many.”

“He also hoped that India would have a Grand Prix, which happened. With the Grand Prix and a couple of our sponsors, it made sense to have Force India’s name.

“Since then we’ve lost the Grand Prix there, the Indian sponsors no longer were interested in sponsoring us. Now we have no Indian sponsors whatsoever, apart from Vijay’s Kingfisher.”

“So it kind of makes sense to change it from India in order to attract sponsors more globally, and not restrict ourselves to being Force India.”

“For a name a chassis change we need approval from some of the rest. I don’t think it’s all, but it’s got to go through the F1 Commission. If the FIA and commercial rights holder and some of the teams say ‘yes,’ then we can have a name change.”

“I think there’s a spirit of co-operation in that regard. We voted for Brawn to go to Mercedes, and I would hope they would reciprocate,” added Szafnauer.