Marko: Sainz to Ferrari is in his father’s dreams 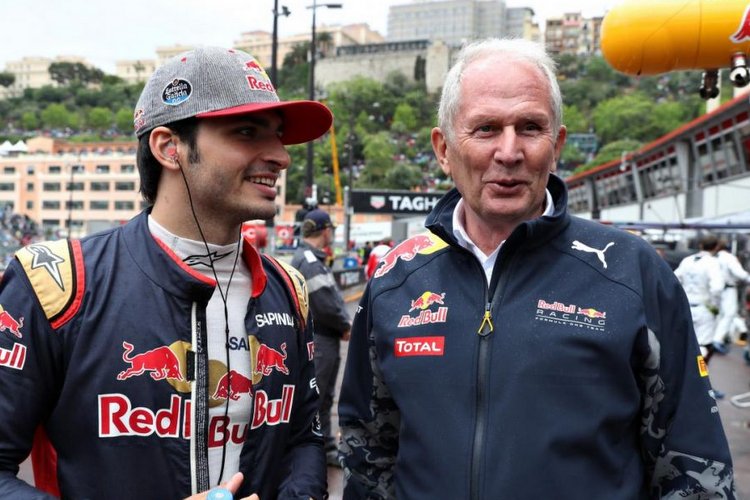 Red Bull consultant Helmut Marko believes that Carlos Sainz has a future in Formula 1, but says that he is still growing as a driver and also questions the role of the young Spaniard’s father (rally legend) Carlos Sainz Senior in his son’s career.

Sainz (junior) has been part of the Red Bull junior programme for some years, but when it came time to promote a him or Max Verstappen to replace Daniil Kvyat in the Red Bull team, last year, they opted for the teenage Dutchman.

Since then media have linked Sainz to moves away from Toro Rosso and the Red Bull organisation. With Ferrari reportedly interested in the Spaniard at at one point.

But Marko scoffed at the idea, “Ferrari did not ask for Carlos, this was in the dreams of Carlos senior. So far no one has called us. He will have to concentrate on doing the best job possible and then he will automatically develop. On the other hand, we need a reserve driver. Carlos is also the first reserve for Red Bull.”

However a move away from the team that groomed him is a possibility according to the Austrian, “If it was a much better team than Toro Rosso, we can talk.”

“I think he would progress or develop better if he left this ‘Madrid protection zone’, further away from the father. He is like a young bird in the nest.”

“He has had many ups and downs in his career. For example, in GP3 he was beaten by Kvyat. When Kvyat got to F1 he was a big disappointment. After that Carlos tried a totally different approach and won the Formula Renault 3.5 Series in great style.’

“Carlos is fast, very fast, but he has to be consistent. Sometimes on Friday he delivers fantastic times, so much so that at Red Bull we ask ourselves: How did he do that?”

“But he is growing, and must learn that qualifying and the race are the most important, being fast on Friday means nothing. He should keep growing with the car in practice and continue to make the most of it in the race.”

“He made a stupid mistake in Bahrain… He’s young, he can learn, and he has to be patient,” advised Marko who is head of the Red Bull driver programme.