Reader Rights: What is this thing we call Formula One? 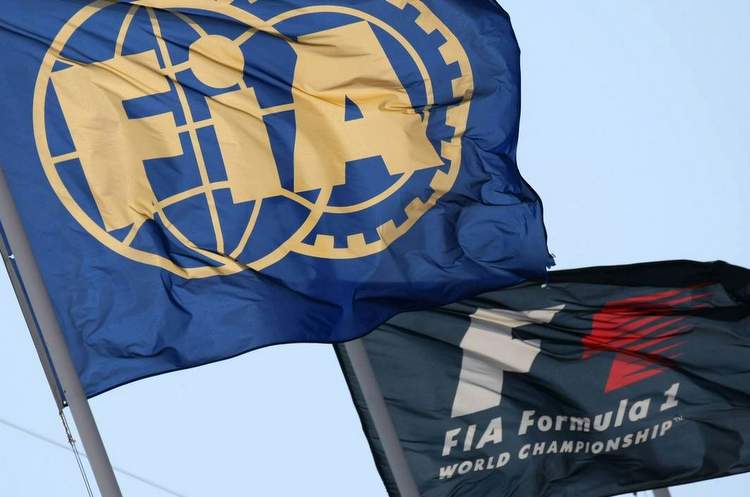 What is this thing we call Formula One? Think you really know the answer?

And here we are again: What is Formula One? Remember that reference to Delta Topco in the F1 press release? Formula One is actually an array of holding companies that control various aspects of the overall business.

This is what the Formula 1 business labyrinth looked like not too long ago: 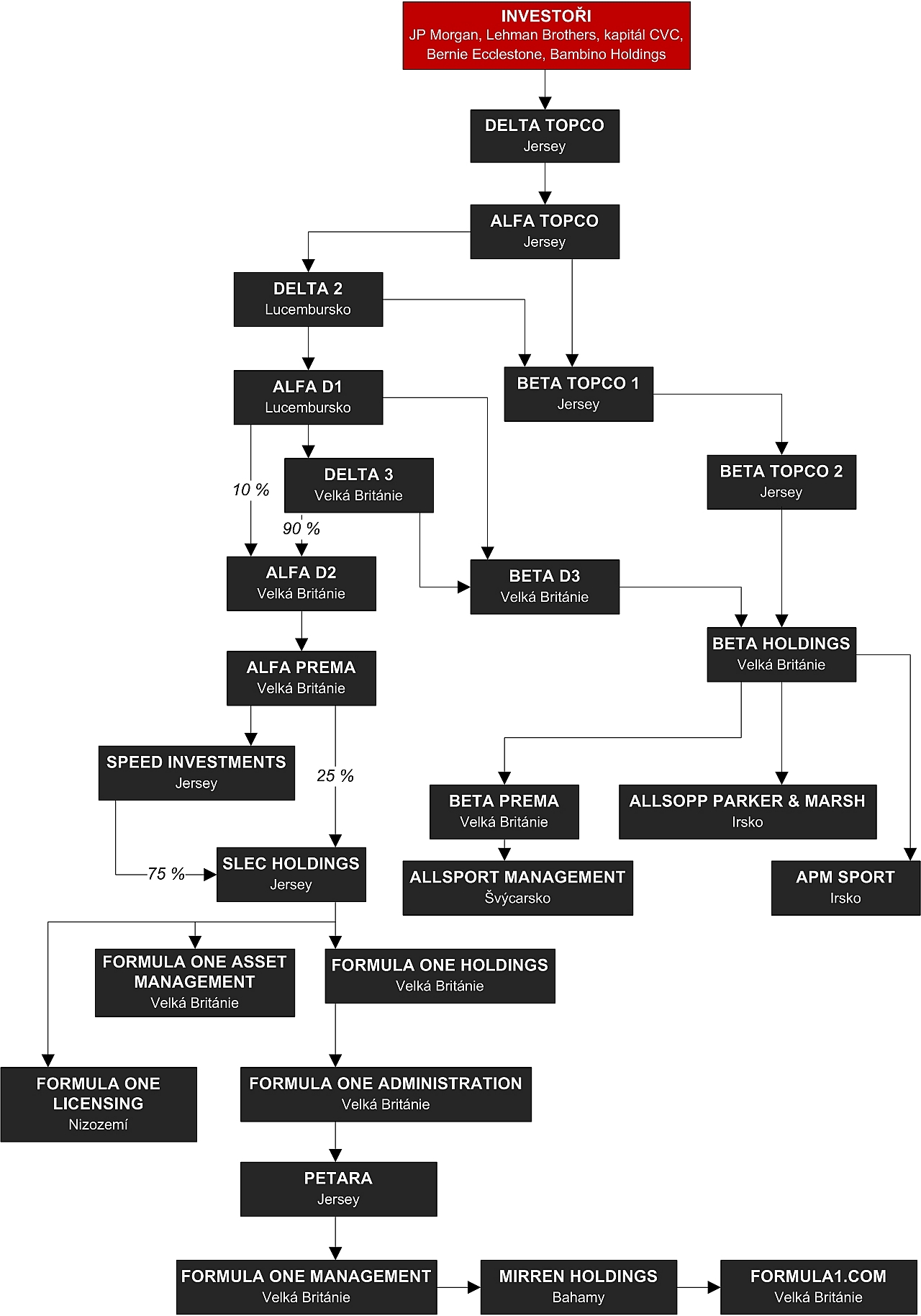 Can’t read it? Well, it is slightly outdated, and it is written in Czech, anyway. Here’s what matters: That red box up on the top now represents Liberty Media’s Formula One Group.

The first black box below it is Delta Topco, a holding company that controls all the other holding companies below it. These companies are registered in Jersey, the United Kingdom, the Bahamas, and the Netherlands. You can probably guess at least one reason why.

Near the bottom of this old chart is Formula One Administration (FOA) which has since been superseded by a new entity called Formula One World Championship Limited (FOWCL). The FWOCL controls the commercial rights and licenses of the FIA (Fédération Internationale de l’Automobile) Formula One world championship.

That’s correct. The FIA does not control its own commercial rights and licenses to it’s own FIA F1 world championship. Why? Because the FIA leased them to the FOWCL for 100 years beginning in 2011. The FIA own the name “Formula One” and the “F1” abbreviation, but they signed them over to FOWCL for the next nine decades.

FOWCL, as the commercial rights holder, negotiates the contracts for holding F1 races, negotiates television contracts with broadcasters, and receives all licensing fees for use of Formula One trademarks. The FOWCL also has a seat on the FIA World Motor Sport Council, the body responsible for regulating international motorsport. Liberty Media owns FOWCL, lock, stock, and barrel.

At the bottom of the chart (where the rubber meets the road) is a box called Formula One Management (FOM). This body controls the broadcasting, organization and promotional rights of Formula One. With oversight by the World Motorsports Council, the FOM determines the season calendar of races.

Payments to the teams are determined by the Concorde Agreement, which gives the teams their cut of the television money in constructors championship order, and divides up the prize fund between the teams. The logistics of moving equipment and personnel from each race is also handled by FOM.

FIA president Jean Todt recently told media, “The role of the FIA is to write the rules about Formula One for the present and for the future, and to make sure that those rules are legislated and regulated.”

That is true if we note the exact words that Todt has carefully chosen. The FIA is the sanctioning body of F1, and that means they codify the rules and enforce them. They are responsible for the wording of the rules and for publishing the rule book. If a given rule turns out to be ambiguous or to have a loophole you can drive an F1 car through, feel free to complain to the FIA.

Todt’s statement was interpreted by some as an indication that Todt may be “taking a more hands on approach” to F1, but what would that mean? Can the FIA dictate that F1 go back to the 2016 tire sizes and downforce levels? No. If the 2018 cars differ from the 2017 cars it will be because the teams and Liberty Media via the wholly-owned Formula One Group have agreed to change them.

If Jean Todt and the FIA disagree, what can they do?

Can they withdraw their blessings and take away the hallowed “Formula One” name? Not until 2111 when the licensing agreement held by the Formula One Group (Liberty) expires.

So, if the FIA is not in the driver’s seat who is?

The short answer is Liberty Media, but it’s not quite that simple because Liberty Media’s Formula One Group needs to keep the teams happy. Without competitors with sufficient prestige to attract fans, sponsors, and race promoters the whole dog and pony show would fall apart and Liberty Media’s billions would have been wasted.

If you are keeping up, you’ll probably find yourself wondering, “What is this thing we call the Concorde Agreement?”

That’s another story for another time…