Vettel: It is clear Mercedes are favourites 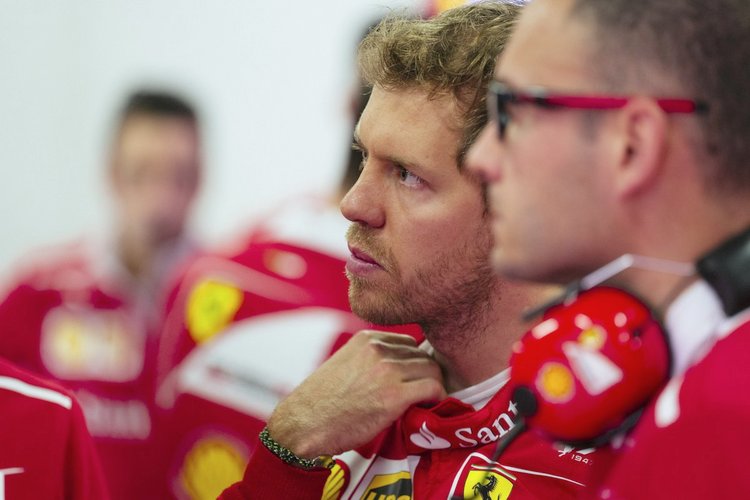 Sebastian Vettel insists Lewis Hamilton’s Mercedes remain the team to beat despite the Ferrari driver setting the fastest time of pre-season Formula One testing in Barcelona.

Ferrari have been reliable and quick this winter as they bid to bounce back from a disappointing 2016 in which they failed to record a single victory and finished a distant third in the constructors’ championship.

Triple world champion Hamilton claimed earlier this week that Ferrari may have to be considered the favourites for the new campaign, such has been their impressive form over the last fortnight at the Circuit de Catalunya.

And while lap times in testing are not always a true representative of a team’s pace, Vettel’s fastest lap of 1: 19.024 seconds on Thursday morning eclipsed Mercedes driver Valtteri Bottas’ best effort of the winter.

Mercedes however, have dominated the sport for the past three seasons, winning 51 of the last 59 races, and claiming a hat-trick of consecutive drivers’ and constructors’ championships.

And four-time champion Vettel still believes they will start as the favourites for the new campaign which gets under way in Melbourne a fortnight on Sunday.

“It is not a surprise that if you win three world championships in a row then it is clear [Mercedes] are the favourites,” Vettel said. “Rule changes or not, it is clear they have got good people and a working team so they are the ones to beat.

“We are reasonably happy but the benchmark is very high that Mercedes have set for the last couple of years and this test as well.

“If we are the fastest here you don’t gain any points for that. People look at the timesheet at the end of the day. It is important to be up there, but there is nothing to win from that.

Vettel’s best time was 0.328 seconds faster than Hamilton, who handed over the testing reigns to Mercedes team-mate Bottas after lunch.

Hamilton, 32, will take to his Mercedes for one final time on Friday afternoon before the campaign kicks off in Australia on March 26.

Hamilton, who was at the Nou Camp to watch Barcelona’s remarkable 6-1 victory over Paris St Germain on Wednesday night, believes Ferrari are hiding their true potential.

“I think Ferrari are bluffing and that they are a lot quicker than they are showing,” the Briton said.

“They’re very close to us. It’s difficult right now to say exactly who is quicker, but they are very close, if not faster.”