Ben Sulayem: We told Andretti we want a manufacturer, they delivered 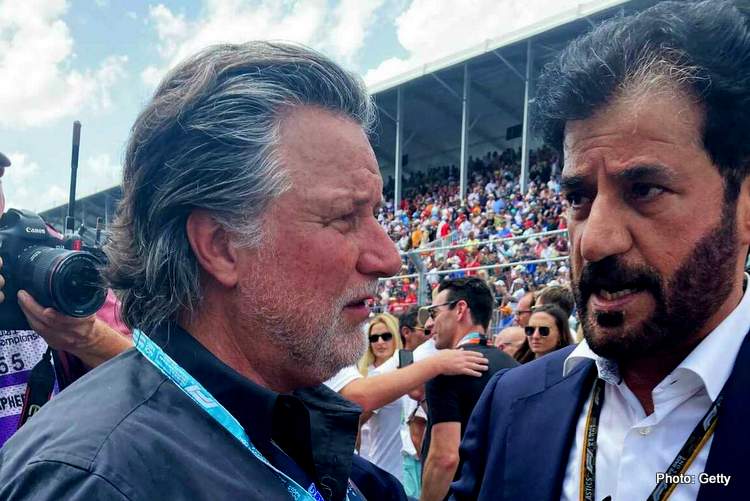 Mohammed Ben Sulayem continued his support for the Andretti-Cadillac Formula 1 project, revealing he advised Mario and Michael Andretti to join forces with a manufacturer, which they delivered.

The FIA president announced early in January that he has instructed his team at the Formula 1 governing body to start the process for inducting a new team to the sport.

Soon after that, Andretti Global announced their plans to enter the sport with General Motors’ Cadillac partnering them on the project, something Ben Sulayem strongly supported, but Formula 1 and teams gave a chilly reception, a reaction the FIA president did not appreciate.

Ben Sulayem went on the reveal recently that he was the person who advised Andretti to get a manufacturer on board in order to give their bid to enter F1 more credibility.

Speaking to Auto Motor und Sport at the Monte Carlo Rally, he said: “I spoke to Mario and Michael Andretti at the Miami race weekend.

“We were very clear in our answer at the time. We want a manufacturer. We told Andretti to work with one if they were serious about it. We encouraged them, they delivered.

We wanted a big manufacturer, General Motors are one…

“How on earth could we say no to someone like GM?” Ben Sulayem added. “We wanted a big manufacturer. They are one. I had good discussions with the President of GM. He told me it wasn’t his decision alone. It was the board. They sent us a letter. We have three races in the US. It’s a healthy market.

“We can add two more teams. That’s what the rules say. If they’re credible and they mean business, then we should let new teams come in,” he insisted.

The Emirati also warned that it wouldn’t be a smart thing to slam the door in the face of manufacturers like General Motors.

“Imagine if we did that,” he said. “That would be wrong. I wasn’t elected to make money, I was elected to support the sport. I am an elected representative of the sport.

“We need a strong as well as fair FIA. Fairness is very important for us,” Ben Sulayam concluded.