Ben Sulayem: F1 buyer should have a plan, not just money 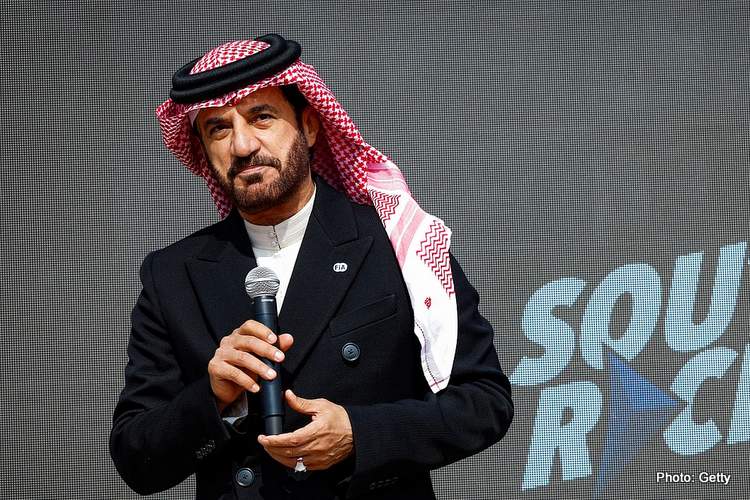 Amid reports that Saudi Arabia through its Public Investment Fund are prepared to pay Liberty Media $20-billion for the sport, FIA President Mohammed Ben Sulayem has called for a reality check and for it not to only be about money, but about a plan more importantly.

It is not the first time the Saudi’s have sniffed around the sport, their interests through sponsorships and investments in the sport have exploded in the past few years, making it a heavy hitter in the F1 paddock. For a country where money appears top be no issue, F1 has a like-minded bedfellow.

Bloomberg reported the PIF has valued F1 at $20-billion including debt, and that amount was offered to Liberty Media to sell the sport, but the offer was rejected in 2022; the American corporation bought F1 from CVC for $4.6 billion in January 2017.

In a three-part Tweet, and later elaborating in an interview with Motorsport, Ben Sulayem wrote: 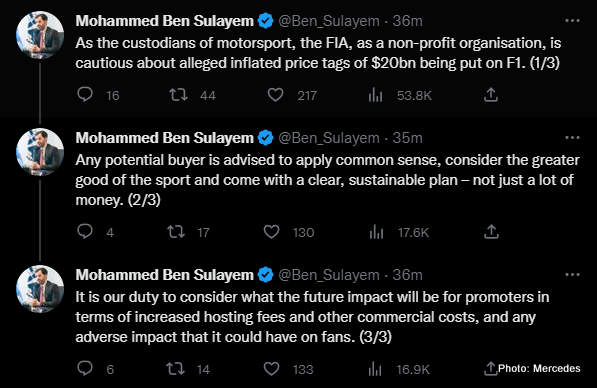 As for the $20-billion Saudi figure being bandied about, the Ben Sulayem said in a later interview: “Is it value for money? I think, honestly, it is inflated. It’s exaggerated. Talking with common sense, is it worth that much? Then what do we do? We would have to charge to recover that money. How much would we charge the local promoter?

“Up to now though, it’s rumours but I believe also the FIA should be part of talks or offer advice, because the FIA owns the championship. We lease it, it is true but I just want to ensure we have clarity so we can go forward,” insisted the President.

Ben Sulayem also referenced the 100-year deal former F1 supremo Bernie Ecclestone struck with Max Mosley, during his time as FIA chief, the governing body signing away the commercial rights of F1 for a paltry $300-million and paying the price from then until it ends half a century from now.

“If I take $20 billion for that, I think the FIA had a raw deal. If I’m being honest, you cannot convince me that $300-million for 100 years, and a $20-billion valuation [is correct]. These numbers just doesn’t make sense when you digest them,” concluded Ben Sulayem, who is in his second year at the helm of F1’s governing body.