Verstappen: We have a lot of great ideas for 2023 car 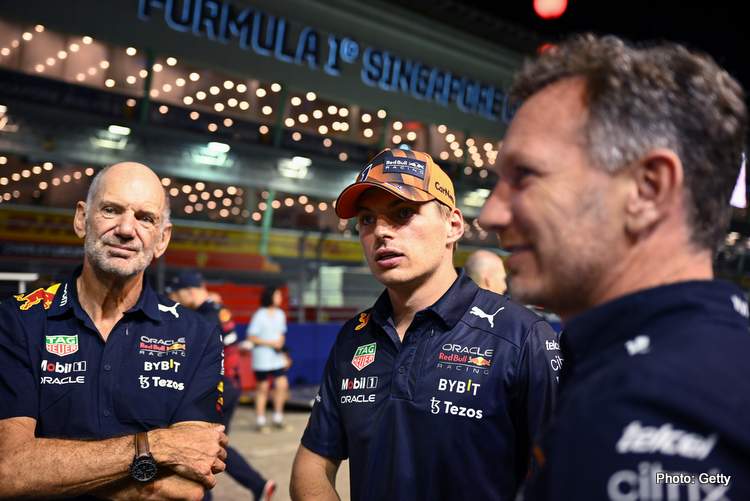 Max Verstappen shrugged off concerns about the sanctions Red Bull received after breaking the 2021 Formula 1 budget cap, revealing the team have a lot of great ideas for the 2023 car.

Max Verstappen dominated the 2022 F1 season, winning a record 15 races on his way to his second consecutive Drivers’ Title, but it was not smooth sailing for him and his team.

Red Bull were found to have violated the 2021 F1 budget cap, and were slapped with a $7-Million fine, as their aerodynamic development time was slashed by 10% for 12 months, which will affect the development of their 2023 single seater that will succeed the dominant RB18.

However, Verstappen is not worried about any of that, and while he acknowledges the FIA sanctions will have an impact on his team for the 2023 season, he is keeping the faith in them to pull out something special, an opinion Red Bull consultant Dr. Helmut Marko agrees with.

Red Bull will have extra motivation

“Well, I mean, it will affect us, but how much? I don’t know yet,” Verstappen said, quoted by F1’s official website, when asked about his thoughts on his team’s cost cap penalties and their effect on their upcoming season.

“I’m confident that the team, and the people we have, can use that as extra motivation to try and do even better. I know, of course, they always give their best,” he added.

With the Red Bull RB18 being such a great car, the team will have a good starting point with their new car, presumably the RB19, which they will launch in New York on February 3, 2023.

Verstappen is banking on that factor to help his team produce another rapid car in 2023, as he seeks a third F1 Title in a row.

He pointed out: “But we have a very competitive car, we have a lot of great ideas, I think, already for next year as well with the car, and hopefully it’s going to be enough.”

Along with Verstappen’s 15 wins in 2022, teammate Sergio Perez delivered two more for the team, making the RB18 Red Bull’s most successful racing car with 17 wins in one season.

Savoring a Manhattan Bridge view (circa our 2021 trip) before we launch #RB19 *live* in NYC 🗽 on Feb 3. pic.twitter.com/e1wOirdlQV