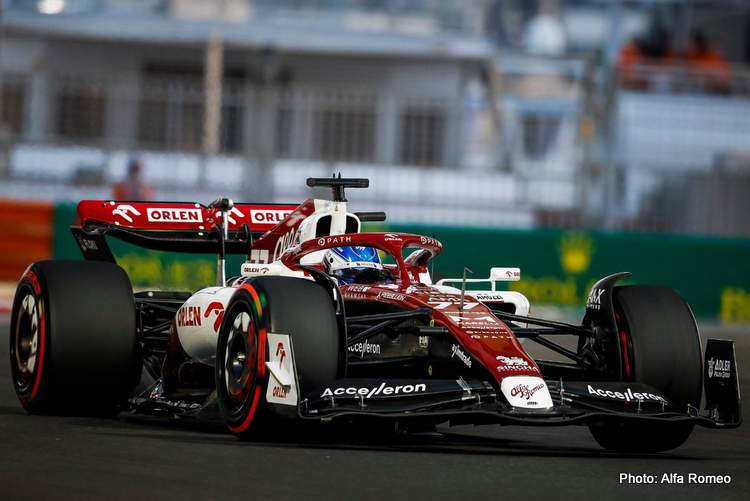 And the award for the most improved Formula 1 team in the 2022 season goes to… Drum roll… Alfa Romeo Formula 1 Team ORLEN (Sauber)!

I can hear all the gawps at this ostensively outrageous claim. “How so?” You may ask, “with the exception of Mexico, weren’t they pooh for the last handful of races?”

The answer to that question is a resounding “yes, they were”. Post the summer break they only managed to collect a measly three points. However, despite what appeared to be a deterioration in practice, they still achieved sixth place in the 2022 Constructors’ Championship. If we then compare and contrast this with their 2021 finish, they ascended a dizzying three places from ninth.

This is the best performance for the team since Peter Sauber sold his controlling interest in 2016 to a Swiss Investment firm. A public spat between its CEO Pascal Picci and Vasseur, late in 2021, resulted in the board favouring the wily Frederic Vasseur, appointing him CEO and Team Principal.  A shrewd move that allowed the Frenchman free reign to weave his commercial and engineering magic.

In money terms, this all translated into an additional $12-Million on the bottom line. Not an inconsiderable amount in the scheme of things for a relatively small team. However, the real gold is in the “spin” they can now put on sponsors.

This result enables them to tell a story of progression and momentum, suggesting further glory and exposure are there for the taking in 2023. Something vitally important when your main sponsor, Alfa Romeo, is saying arrivederci at the end of the season.

In essence, this leaves Sauber with a two-year gap to fill before the Audi deal kicks in together with the plethora of sponsorship partners that will no doubt accompany it.

A lapin out of a hat

It’s difficult to pinpoint an individual who designed the C38 as it appears to be a team effort headed by Technical Director Jan Monchaux. Undoubtedly Vasseur, an engineer in his own right, also had a guiding hand; no doubt based on what he anticipated the competition would wheel out of the garages at the start of winter testing.

The end result was a car that followed Colin Chapman’s mantra of minimizing weight to drive performance. Most people associate this concept with improved acceleration and top speed, but there are many other benefits to reducing mass in a race car.

Consequently, when the season kicked off in Bahrain where other teams badly needed to go on a diet to make the minimum weight, Alfa Romeo was already there!

Sauber achieved this feat by coming in at the shorter end of the wheelbase regulations (3500mm), in contrast to the other teams who were at the long end of the limit.

Short-wheelbase cars are normally more “pointy” than their lengthier versions; useful when you’ve just lost all that front-wing downforce courtesy of the new regulations. However, they can be harder to manage during rotation. To assist with this problem, the C38 came with an aggressive anti-dive geometry to help keep it level at corner entry. 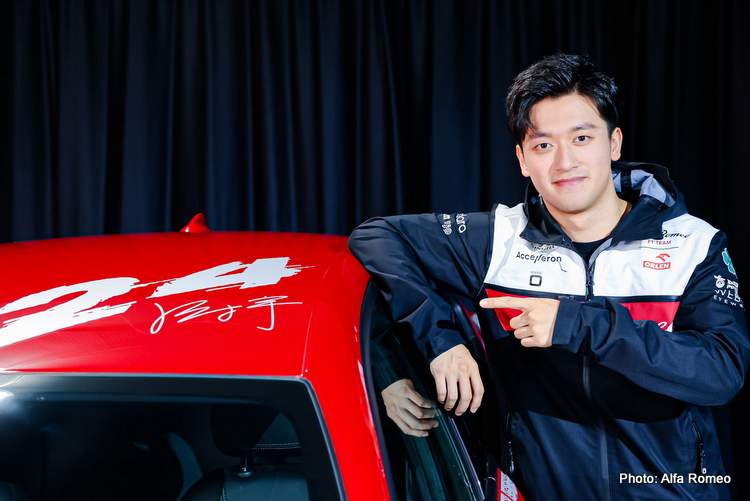 The two drivers, Valtteri Bottas and Zhou Guanyu then did their part in leveraging the cars advantage by consistently finishing races in the points. By the time the summer break was over, their competitors had slimmed down, and the short wheelbase was becoming more of a liability than an asset. Most of the early season point accumulation was done by Bottas.

However, it is interesting to note that while the ex-Mercedes driver’s qualifying and race finish positions dropped off in the latter half of the year, Zhou’s remained consistent throughout. This strongly suggested that he had improved his performance across the year!

In summary, the lean Alfa Romeo leveraged its powerful Ferrari-supplied PU to propel them around the track while their competitors were wheezing and puffing, allowing them to build up enough of a lead in the first half of the season that was relatively unassailable for four of the ten teams.

I suspect there was no real investment in developing the car over the year, and the only one I recall was an aero initiative for the front wing. The fact that it was introduced in Mexico underpins this theory. Most of the money was probably diverted to the 2023 car; unfortunately Alfa Romeo won’t have the old Renard leading them next year.

The new man replacing him is cut from a different cloth and will focus on preparing the ground for Audi. It’s Ferrari who will now have a fox in the hen house and not before time. Chapeau Fred and bon chance!