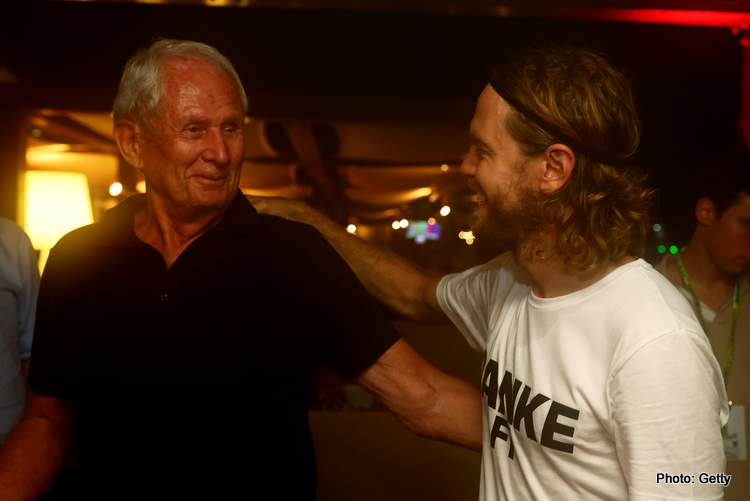 Helmut Marko hinted Sebastian Vettel’s return to Formula 1 may be for a top management position at Red Bull, maybe his position as he nears 80 years of age.

Sebastian Vettel entered retirement as the chequered flag was waved at the end of the 2022 Abu Dhabi Grand Prix, after 299 grands prix spanning over a 16-year involvement in F1.

Many are speculating whether the German will make a comeback to the sport, as several drivers have done that, Michael Schumacher and Fernando Alonso to name two, but Dr. Helmut Marko, Red Bull’s consultant has another theory.

The Austrian is not ruling out that Vettel finds his way back home, Red Bull, but not as a driver, rather a manager of some sorts.

There was a discussion

“It’s not out of the question he will come back in a top management position,” Marko told Sky. “I’ll be 80 soon, that would be something!

“We had a discussion and I think if he could get a top management position, that might appeal to him. That’s what emerged in the talk,” Marko revealed.

“But now we’ll let him plant some trees for once and then we’ll see what happens. He would certainly have the potential and he would have that personality for it.”

Marko however warned Vettel, should he take up a managerial position, that he will have to work harder for less money,” saying: “We have heard the message. We have two teams. We are open.

“But Sebastian, it’s a serious difference – as top management you have to be there earlier, leave later and you only get a fraction of the money you are used to as a driver!” he jokingly warned.