Gasly: No bullsh!t with Tsunoda, I appreciate that 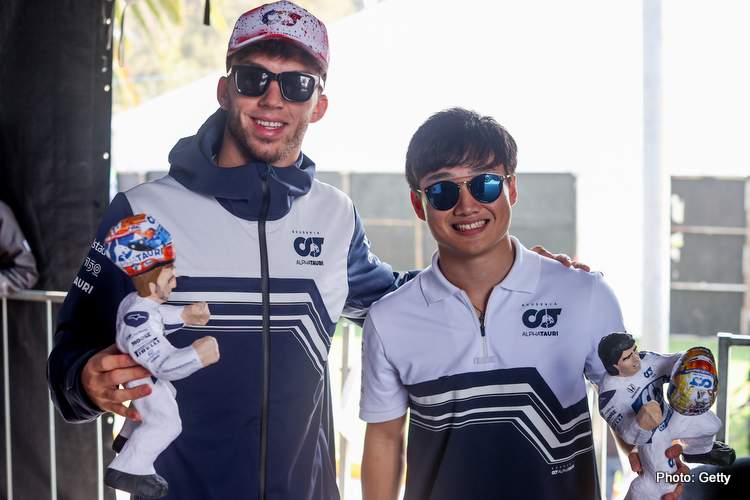 Pierre Gasly pointed out his former teammate’s, Yuki Tsunada’s, no bullsh!t nature as the thing that he will always appreciated about the Japanese driver.

Gasly and Tsunoda race in the 2022 Abu Dhabi Grand Prix for the final time as teammate, the former making the move to Alpine for 2023.

Speaking of his teammate after the race, Gasly told Formula 1‘s official website: “He doesn’t live that far from my house in Milan so I am sure we will get some more time in the off season to catch up.

“But there is no bullsh!t with Yuki and that is one thing I will really appreciate. Everything which goes through his mind is out of his mouth in a flash of light.

“He’s a very unique character, got a great sense of humour, no filter, which can be quite surprising at times, but he is a great human being. Really enjoyed these last two years seeing him evolve within the team.

“Also as a person I think he has developed quite a lot – definitely someone I appreciate, and I’ll happily call as a friend now,” the Frenchman revealed.

Time will tell of Tsunoda can lead AlphaTauri

Tsunoda will be joined by Nyck de Vries at AlphaTauri in 2023, and while the Dutchman be busy trying to find his feet at a new team, will Tsunoda will be able to lead?

Gasly commented: “Only time will tell whether he has got what it takes to lead the team. His path to Formula 1 was kind of fast forwarded.

“He went Formula 4, Formula 3, F2, straight to F1 at quite a young age, not so much experience,” he pointed out.

“I think only time will tell but for sure he has improved massively this year. [I] would not be surprised to see him improving again next season.

“I think he knows what he needs to work on: a bit of self-control. But he knows that, and he has got good people around him and this environment is also good for him to really develop as a better driver,” Gasly concluded.

tried our best to clone the boys 🤷‍♂️ can never have enough of @pierregasly & @yukitsunoda07! ✌️ pic.twitter.com/NrbiWvtHop