Wolff: We’ll display the W13 in the factory as a reminder 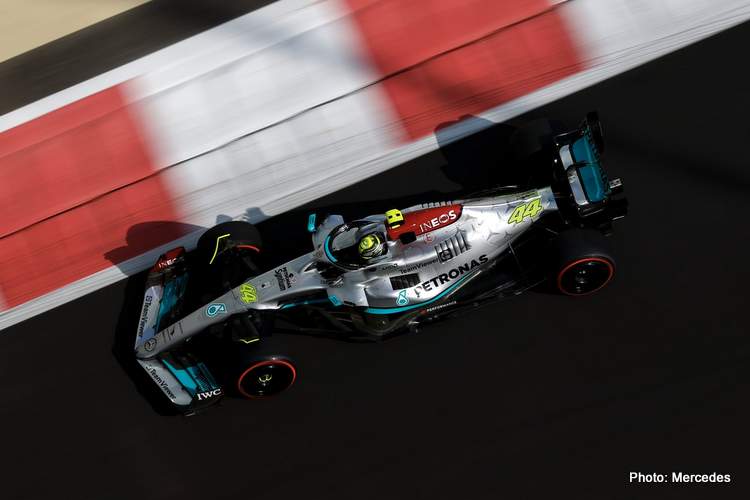 Toto Wolff said Mercedes will display their disappointing W13 in the team’s factory as a reminder of their bitter season after a frustrating conlusion at the 2022 Abu Dhabi Grand Prix.

Keeping in mind the high standards Mercedes hold themselves to, their 2022 Formula 1 season can only be considered a failure.

Starting with a viciously slow and bouncy car, the team was on the back foot from race one, and despite improving over the course of the season, picking up a pole position and a win with George Russell – the pole in Hungary, the win in Brazil – the eight-time Constructors’ Champions were hit with a nasty reality check in Abu Dhabi’s season finale.

Lacking pace with both Lewis Hamilton and Russell, the former breaking down two laps before the finish line, the latter suffering from a wrong strategy to finish fifth, the race at Yas Marina Circuit was simply a disappointing conclusion to a bitter season.

“Today we really didn’t perform well,” Toto Wolff said after Sunday’s race. “We did all the mistakes we could possibly have made tonight: we didn’t have the pace, one driver breaking down and the other one running out of tyres.

“It’s a good summary of the challenges this season for us,” the Austrian plainly summed up.

Delving into the race details; he added: “We cooked the tyres in the first few laps because we attacked. The car seemed strong at the start, but then the front right just gave out and maybe that’s something we should’ve predicted.

“We knew that Abu Dhabi was going to be a difficult one for us so at least that prediction was accurate but then unfortunately we made mistakes we could’ve avoided.

“For us, this was a character-building season and we will put this car on display in the factory as a reminder. We had more bad moments than good ones, but the good ones were spectacular, like a week ago in Brazil, which reminded us how good it can be.

“It’s okay the way we feel right now but we’re pushing hard so we can be back next year,” the Mercedes boss vowed.