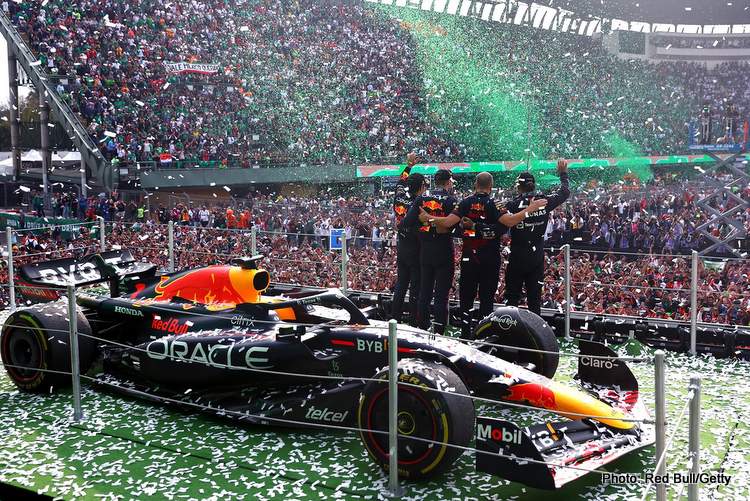 It wasn’t the most exciting of races, the 2022 Mexico City Grand Prix, but nevertheless an interesting one as 20 Formula 1 cars gasped for breath 2.2km above sea level.

What the race lacked in terms of on track action compensated for in terms of intrigue in strategy and uncertainty as to which team chose the right tyre and should it be a one-stopper or a two-stopper.

Up to a certain point in the race, Red Bull and Max Verstappen seemed to have a challenge from Mercedes and Lewis Hamilton as Mercedes clearly committed to a one-stop strategy while Red Bull were flirting with a two-stopper.

But Red Bull reacted wisely to how the race, the track, and the tyres evolved over the course of the grand prix and decided to stop once as Mercedes remained in denial regarding their rivals’ ability to do so trying to pacify Hamilton’s repetitive questioning of the strategy he was put on.

In the end Red Bull were spot on with their strategy decisions – kudos to Hannah Schmitz and her team – and Verstappen made it work with his tyre management to take the win, his 14th of the season, a new record.

And by the way, do not believe anything the Dutchman says about not caring for records… He does care and plans on chasing more of them.

Sergio Perez was equally impressive in preserving his tyres despite chasing Hamilton hard for some time, but he kept enough in his Mediums to take the final step of the podium, his pass on George Russell at the start proving crucial for the Mexican’s final result after his qualifying woes.

That’s all I am going to say about Red Bull; they won both Championships, congrats but let’s talk about something else this time.

So here are our Takeaways from the 2022 Mexico City Grand Prix.

How much do Mercedes miss their days of dominance? 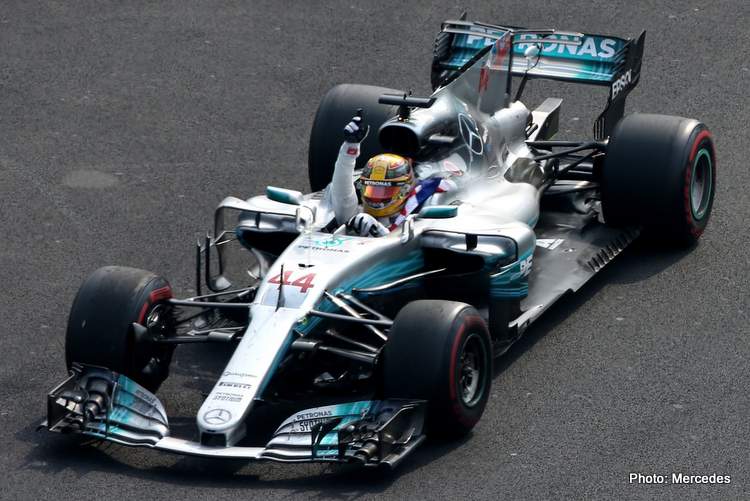 Mercedes really seemed to be in with a shout of finally claiming that elusive win in 2022, as the W13 seemed to enjoy the soaring heights of the Autodromo Hermanos Rodriguez.

Pole was always going to be a stretch and George Russell’s error on his final Q3 lap put an end to any hopes of that, not to mention Verstappen… well being Verstappen.

That Ferrari were AWOL (more on that later) probably flattered Mercedes in Mexico a bit more, but their improved form was genuine but their strategy team was out of shape.

Have they relaxed a bit since they are not fighting for wins? Or is it simply the fact that with a car not so dominant like its predecessors between 2014 and 2021, Mercedes can no longer cover up their mistakes.

I would hazard a guess and say the latter, as back in their dominant days, Mercedes messed up quite a few times but Hamilton with his trusty steeds back then would cover up for those mistakes which is not the case anymore.

In Mexico, Mercedes planned a one-stop strategy, but once they bolted those Hard tyres on both cars, they got the same message from both their drivers: You messed up.

But it was really strange how the team remained adamant they were right and Red Bull were wrong, and would have to stop again paving the way for a Silver victory despite Hamilton being rightfully skeptical.

Haven’t they seen what was going on around them? How long other drivers drove on Softs and Mediums? Red Bull seemed to have done that and after what was most probably an initial plan for two stops, the Milton Keynes outfit decided the Mediums would make it to the end and they did.

The positive for Mercedes is that while being out of contention this season, they can learn from these mistakes and apply corrections when they are competitive again, when mistakes mean losing out with more painful consequences. 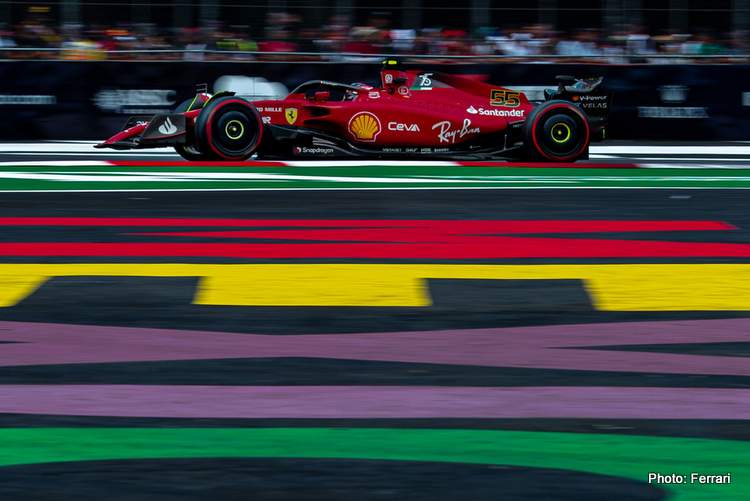 Despite starting off well in Friday’s first practice session, when Carlos Sainz was fastest of all, Ferrari’s weekend unraveled and they ended up nowhere in qualifying, anonymous in the race.

Just when you think Ferrari have run out of problems or issues to deal with, a new one emerges, and this time it’s their tiny turbo.

On a circuit so high above sea level as the Autodromo Hermanos Rodriguez, the air is so thin which means the turbos would need to work harder to make sure sufficient compressed air is delivered into the engines, which was a concern for Ferrari.

The team tuned their engines down to avoid failures which meant both drivers were losing out on the straights, but then team boss Mattia Binotto revealed that was not their only problem, as there were balance issues as well. When it rains, it pours.

Charles Leclerc said his race to sixth was lonely, and to be honest at some point we even forgot that there were two Red Cars taking part in the race, another low point for Ferrari this year.

Regardless, the season is all but over, but Leclerc can still finish the season second behind Verstappen. However, Sunday’s race meant that Leclerc is now third in the Drivers’ Championship as Sergio Perez overtook him by five points.

Second is the first of the losers, but it won’t be a bad thing if Leclerc gets that runner-up position, just a consolation prize… Sorry Checo… 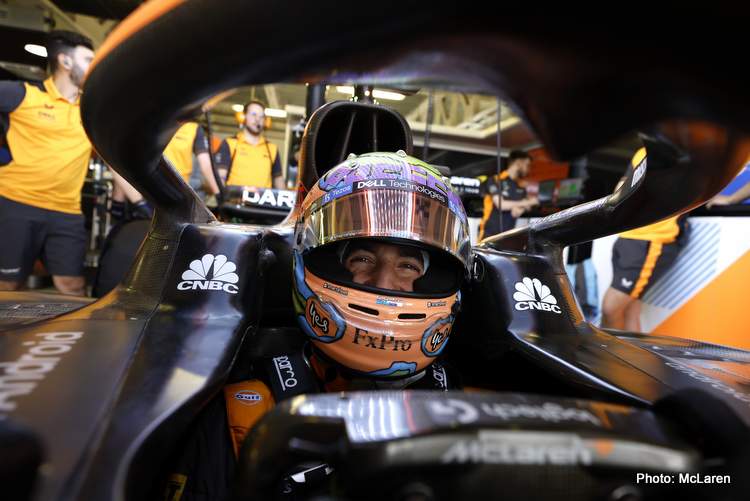 Let’s be honest here, seeing Daniel Ricciardo driving the way he did in Mexico put a smile on our faces, as he deserved to catch a break, and it came at the right time after his disastrous race in Austin the previous weekend.

In qualifying, Ricciardo was behind Lando Norris as has been the trend over the course of their partnership at McLaren, but come race day, the Aussie found another gear and was the better driver of the pair.

Now seventh place is not something a driver usually rejoices about, but in Ricciardo’s case, you cannot blame him, especially as he also survived a ten-second penalty for his clumsy clash with Yuki Tsunoda to keep his position.

Such was his pace that he could build a gap over Esteban Ocon and grab seventh, and being chosen as Driver of the Day by the fans is an extra just reward.

Ricciardo, as things stand, is on his way out of F1, and despite his claims that he’s targeting a return in 2024, nothing is guaranteed, and the most probable outcome is that this season will be the Honey Badger’s final one as an F1 driver.

Very sad, but our sport is ruthless and waits for no one, no surprise there, but how Ricciardo dropped to the pit he finds himself in, so fast and so sudden; that is the biggest surprise. 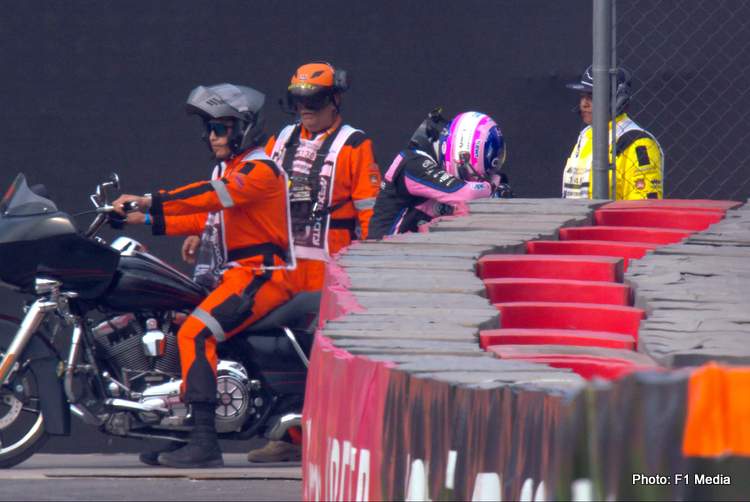