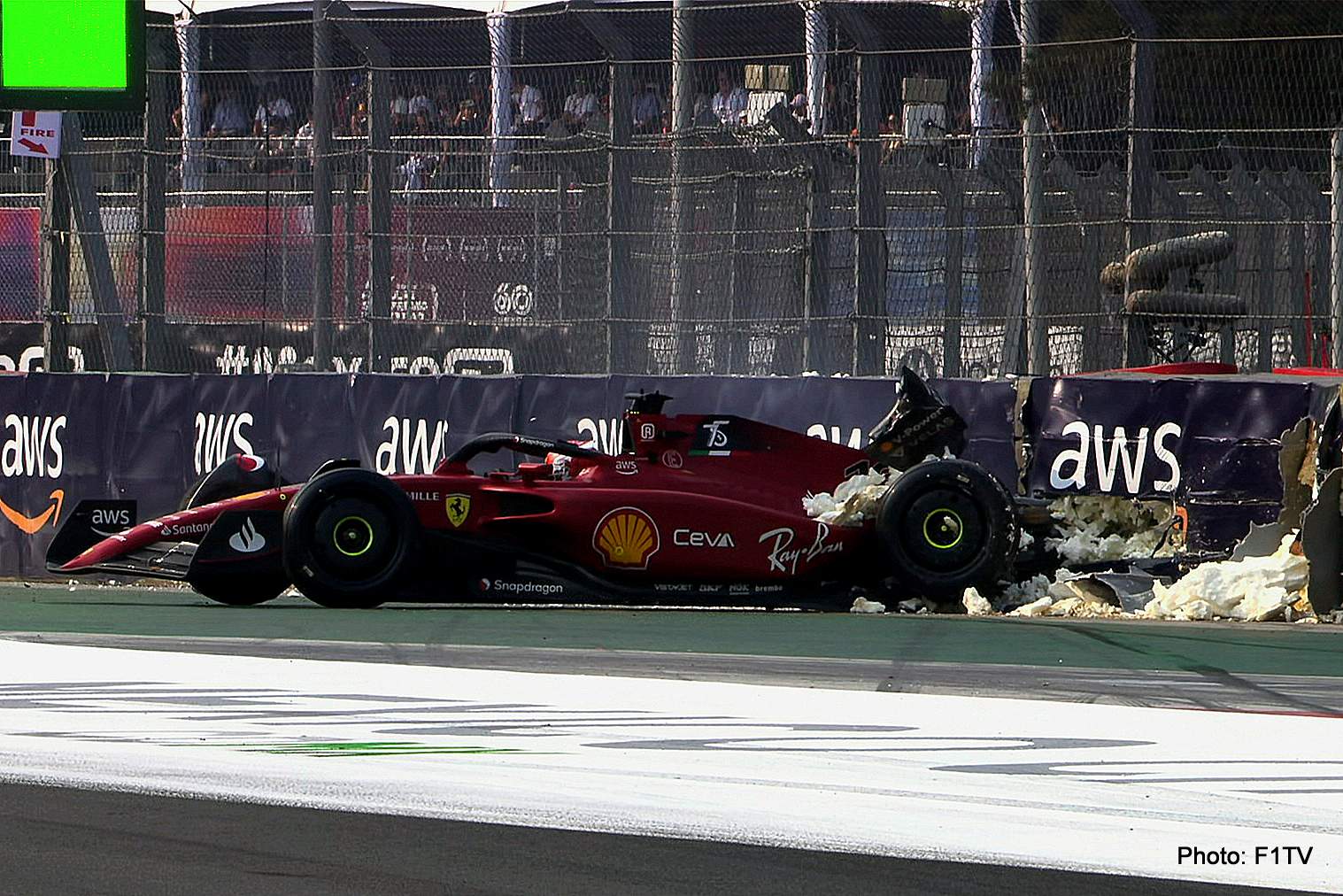 With only a handful of drivers, those that sat out FP1 earlier on Friday, using the 2022 race tyres which rendered the 90 minutes practice session almost meaningless in relation to the race on Sunday, however important for what Pirelli will produce for the sport next year.

Of the drivers on the current rubber, Mercedes driver Geirke Russell was fastest ahead of Yuki Tsunoda in the AlphaTauri and Esteban Ocon in the Alpine. This for the first half of the session, before they too had to switch to the unmarked Pirelli prototypes.

The rest of the field were on Pirelli test duty from the minute the track went green for the second practice session of the day in Mexico City, the construction/compound of the unmarked tyres unknown to the teams who were under strict instructions on how to run the tyres while testing today.

Half an hour into the session, the Ferrari of Leclerc snapped out of control in the middle sector at Turn 8, spinning and crunching into the Tecpro barriers, with considerable damage to the left rear of the car, for what did not appear to be a very high-impact collision. A red flag followed, and while the driver was fine, his mechanics have graft to do overnight.

Other notable news was that Kevin Magnussen, who sat out FP1 watching Pietro Fittipaldi – on duty for the team – when the Brazilian reserve driver stopped the Haas on the side of the track with a whisp of smoke visible as the turbo cried enough, high altitude taking its toll.

A repair job between sessions was required by the Haas crew, hence Magnussen got going late but was soon back in the pits because of the red flag stoppage, triggered by Leclerc’s prang to allow marshals to remove the damaged #15 Ferrari and the barrier that ripped open.

Late on in the session, Guanyu Zhou was ordered to park his Alfa Romeo with hydraulic failure with a couple of minutes remaining on the clock; F1 track action was over for the day. 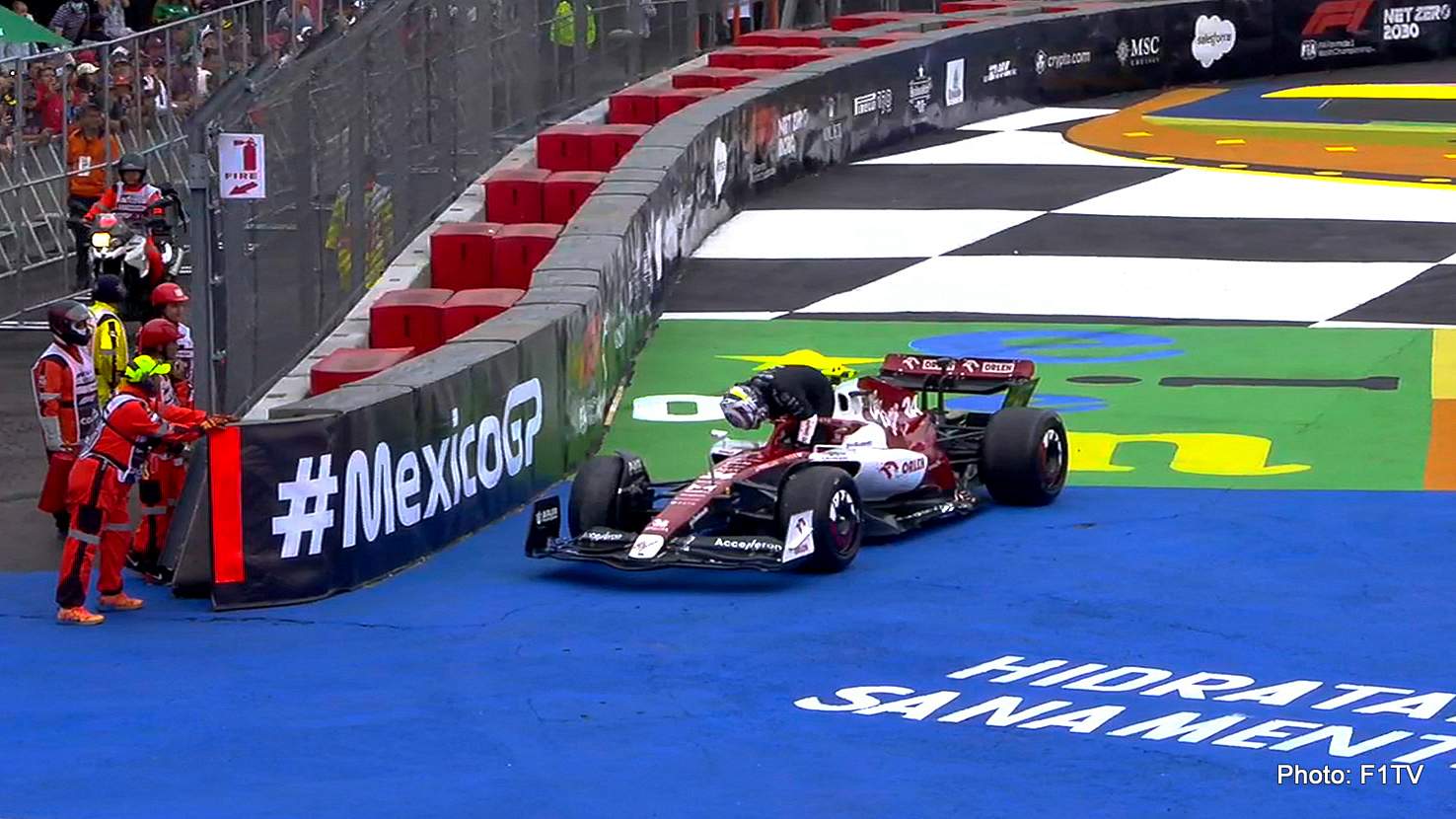 On the timing screens. Lewis Hamilton was the fastest of the cars shod with 2023 F1 tyres, however, his best time was over 1.5 seconds down on Russell’s timesheet-topping effort, in the other Mercedes.

Pirelli motorsport boss Mario Isola explained the lap time deficit between the current F1 tyres and 2023 tyres: “I believe that during the tyre test they are not pushing at the limit.

“Also, the cars are set up for the 2022 tyres. These (new) tyres should give them a bit less understeer, that’s one of the targets on our development for next year, together with an increased level of integrity and a better wear profile.”

This is the last of the race weekend testing for next year’s F1 tyres, as Pirelli now focus on the post-Abu Dhabi Grand Prix test at Yas Marina, when the final spec 2023 F1 tyres will be tested for a full day ahead of their next use, in 2023 F1 testing early next year. 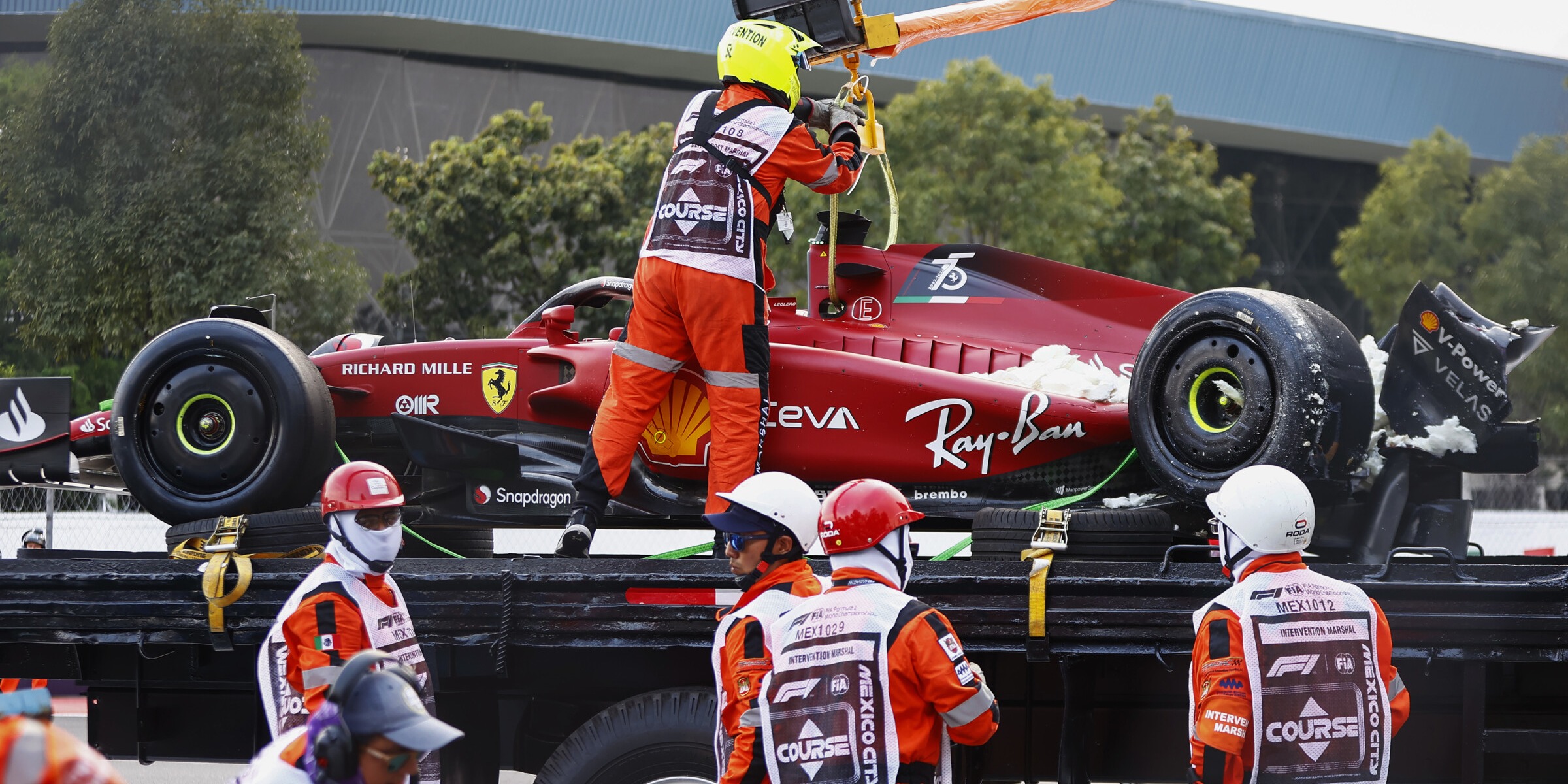 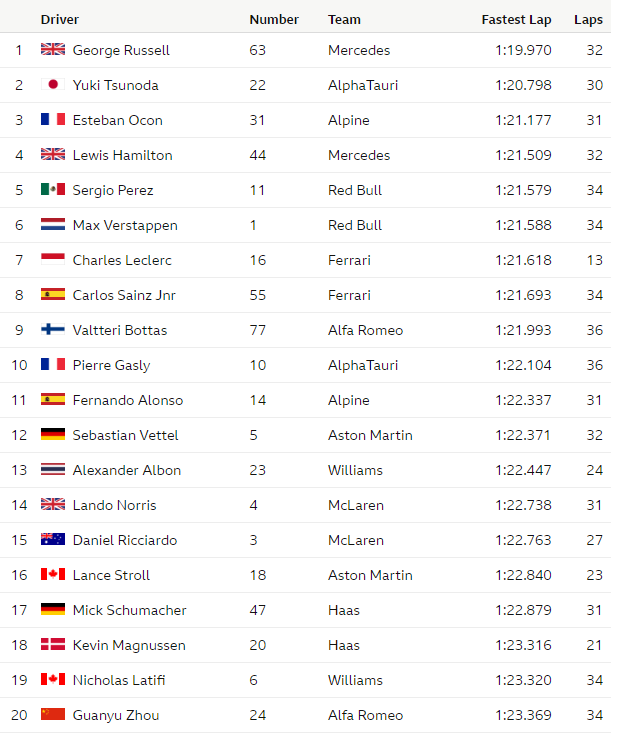