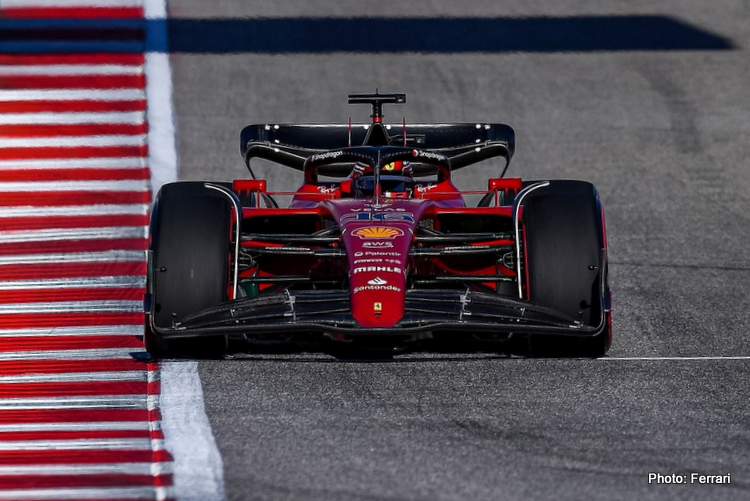 Charles Leclerc topped the second free practice session of the 2022 United States Grand Prix but it was a rather meaningless session, as Formula 1 teams used it to test 2023 Pirelli tyres at Circuit of the Americas.

That makes it a ‘Ferrari day’ in Texas with Carlos Sainz topping FP1 earlier, on a sparkling clear day in Austin. and his teammate taking top spot in FP2, Alfa Romeo’s Valtteri Bottas finishes second followed by Daniel Ricciardo in third.

Worth noting is Leclerc and Bottas sat out FP1, with Robert Schwartzmann on duty for Ferrari and Theo Porchaire taking over the Alfa Romeo. The two regular drivers were then allowed to run their own plan for part of the second session, before resuming Pirelli testing like the other drivers.

The only other standout moment was Kevin Magnussen who early on reported, to his Haas team, over the radio: “Something big is loose around my pedals.”

The Dane was in the car that was repaired by Haas mechanics after F1 returnee Antonio Giovinazzi pranged it within a few laps of getting out on track, for an awful comeback in the early session which backfired.

The 28-year Italian, with 62 F1 starts to his name, continues to show that he is simply not up to par for the sport at the highest level, while four rookies on the day had pretty much faultless runs during the same session. He last last Grand Prix was in Abu Dhabi last year.

Other news that filtered through the paddock on the day that will impact Sunday’s race was that Red Bull’s Sergio Perez has a five-place grid penalty for Sunday’s race for exceeding the permitted allowance of Power Unit parts by taking a new ICE. Ditto for Zhou Guanyu whose Alfa Romeo also has a fresh engine bolted to it.

FP3 on Saturday takes on a larger significance than normal for teams, with an hour to get the car into the setup up and performance window for qualifying later in the day, and race day Sunday at COTA. 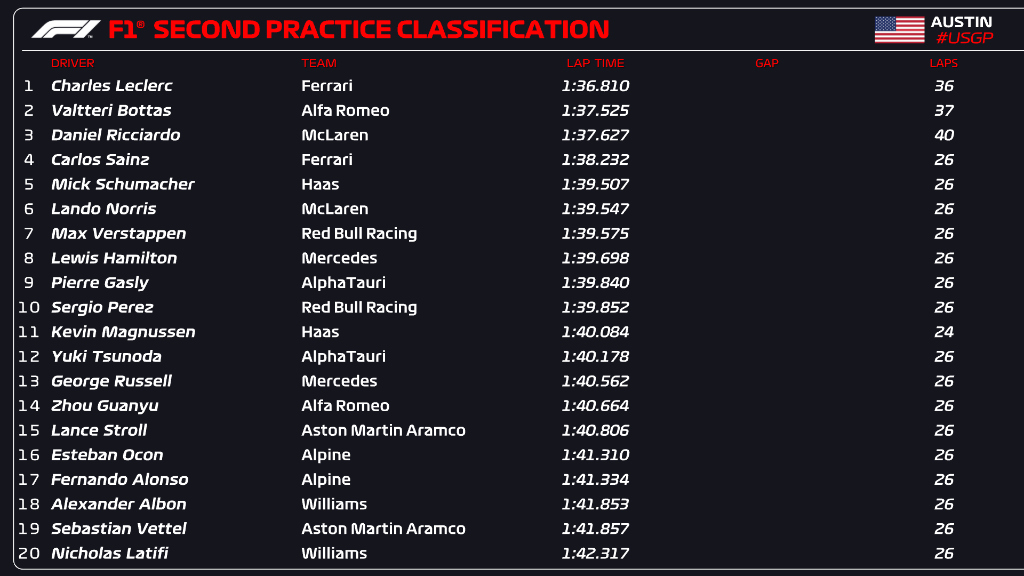