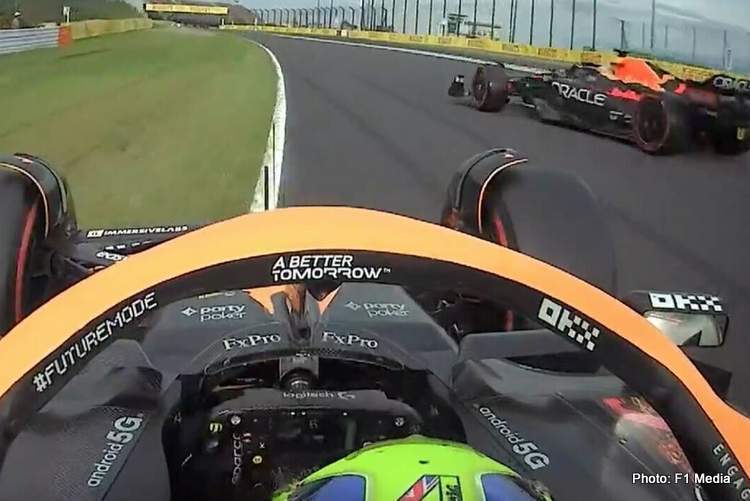 Two hours after the fact, the Stewards passed the verdict that “Driver of car #1 (Verstappen) lost control of the car in T15-T16 as car #4 (Norris) was attempting to pass.

“Unfortunately, due to lack of tyre temperature on car 1, the driver temporarily lost control of the car causing it to ‘snap’ anti-clockwise.

“The driver of car 4 stated that this was simply an unfortunate incident however it is the driver’s responsibility to at all times maintain control of their car.

“Regarding the penalty, all previous breaches of this nature have resulted in a Reprimand hence a similar penalty is imposed in this case,” concluded the FIA Statement.

Norris: I wouldn’t have swerved at him if I was in his situation 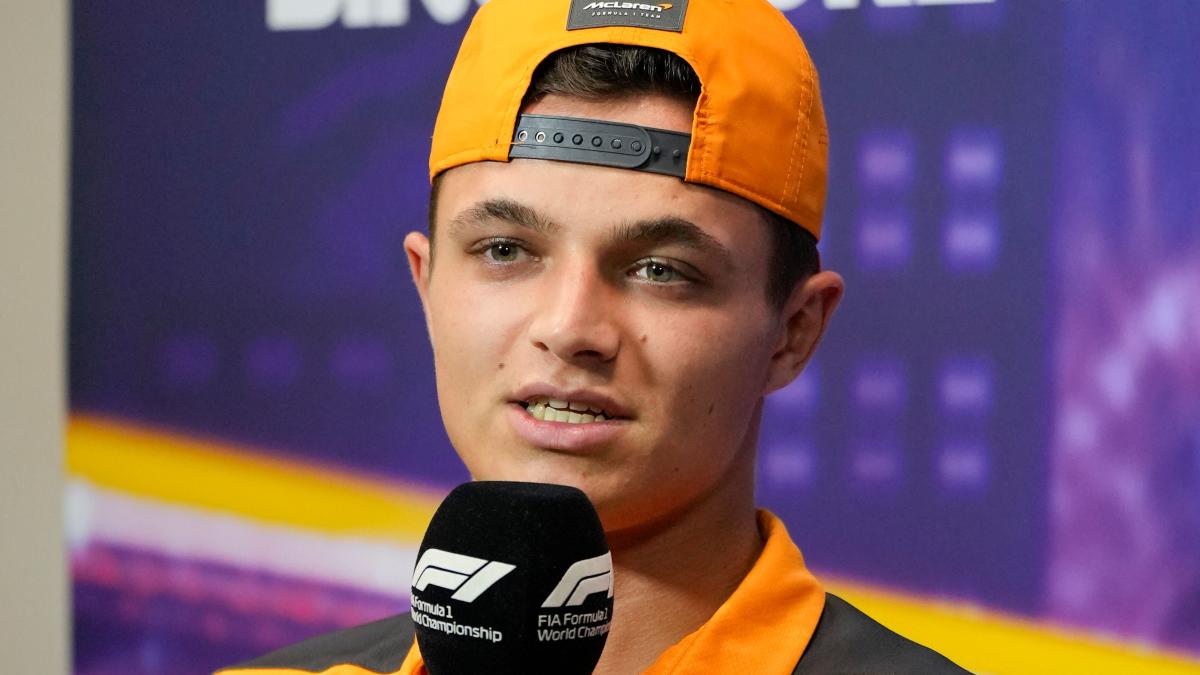 Earlier, Norris accused Max Verstappen of swerving at him during qualifying for the 2022 Japanese Grand Prix and says the Formula 1 World Championship deserves a penalty after the pair nearly collided in Q3.

It was a scary moment as Verstappen’s Red Bull squirmed under acceleration, veering to the left just as Norris was behind, forcing the McLaren to go on the grass to take avoiding action through the daunting 130R sweep nat Suzuka.

Indeed it was “unbelievable,” as Max blurted over the team radio, that the pair did not collide which prompted Norris’ comments after a tense qualifying today.

The Briton did not mince his words accusing Verstappen of swerving at him: “It was quite clear he tried to do that. There’s no rule on what you can do, but doing what he did is something that you cannot do.

“People always overtake before the last corner, as much as everyone agrees to it, everyone always does it, so it doesn’t matter, he probably would have done the same if he was in my situation, but I wouldn’t have swerved at him if I was in his situation.”

Max: Lando had to avoid me a little bit but luckily nothing happened 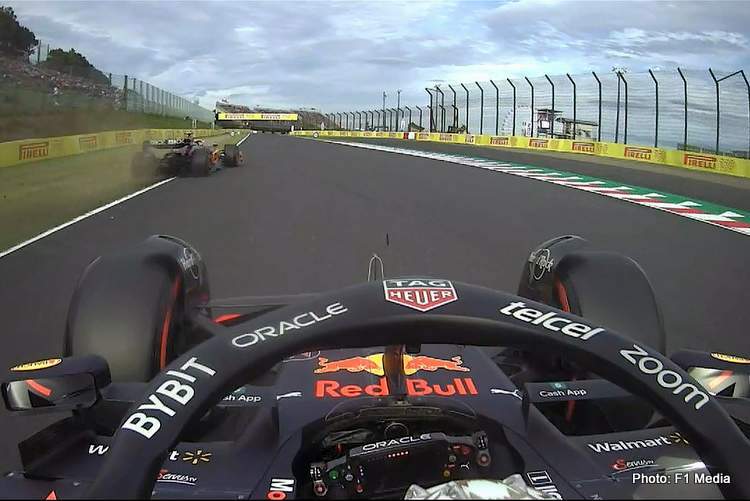 In parc ferme afterwards, Verstappen did not seem perturbed: “I was just driving quite slow, and I wanted to accelerate but my tyres were quite cold, so then I had a big moment. Then of course Lando was trying to pass me at the same time so he had to avoid me a little bit, but luckily nothing happened.”

With Verstappen due to meet the FIA Stewards (an incredible two hours after qualifying) regarding the incident, when asked if the pole winner should be penalised, Norris replied: “Oh yeah, for sure.”

But it’s not a penalty, but rather a reprimand, which means Verstappen will start from pole position for the 18th time in his F1 career, his first in Japan, and for the fifth time this season. The Red Bull ace setting himself up to claim the title on Sunday, a win and the point for fastest lap of the race will seal the deal.

Norris will line up tenth on the grid, clearly the incident compromised the rest of his qualifying session. His final Q3 lap time was slower than both his Q1 and Q2 efforts.