De Vries: F1 drive is not a given 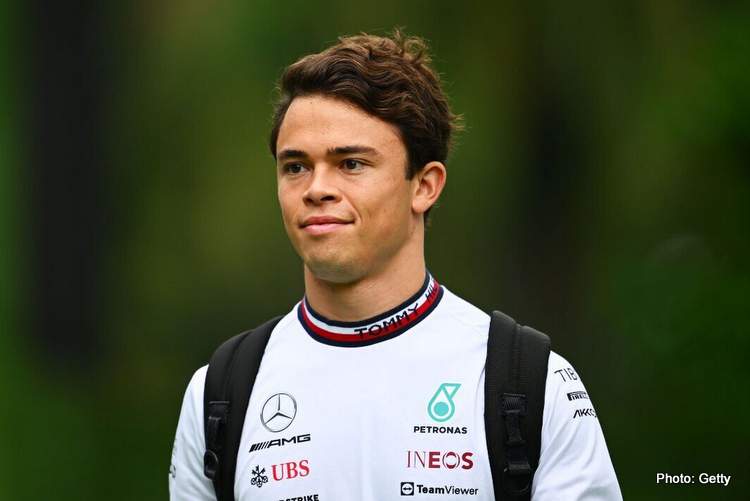 Nyck de Vries insists – despite rumors ramping up that he will be on the Formula 1 grid next season – that a permanent seat in top flight is not a given.

As the Oscar Piastri saga settled with the Australian settling at McLaren for 2023, the next hot property in F1 now seems to be Nyck de Vries with rumors that he is on his way to AlphaTauri next season as Pierre Gasly seems to be heading to Alpine for an all-French lineup alongside Esteban Ocon at the Enstone-based squad.

However De Vries insists that nothing is set in stone regarding a full time F1 drive for him in 2023, speaking in an interview with Sky Sports F1.

“It’s not a given,” he said of his prospects of landing an F1 seat next year. “My appearance in Monza helped and boosted my reputation in a short time, but it’s not up to me to decide whether I should be in a car or not.

Everything has to be right for an F1 debut

“I hope that time will come to me, and it will materialise in an opportunity. To get an opportunity in Formula 1 everything has to be right, and it’s very much about timing and momentum,” he admitted.

“I’m not the first one who has gone off to do something else and maybe come back to get an opportunity or be on the sideline for a bit,” the Dutchman pointed out.

Indeed, De Vries has been around doing other stuff since he won the 2019 Formula 2 Title, a prerequisite to secure an F1 drive, but instead he ended up driving in Formula E for Mercedes winning the 2020-21 Championship as well. He was also the eight-time Constructors’ Champions reserve driver.

Recently he has FP1 outing for Mercedes and Williams in France and Spain respectively, while at Monza he was on FP1 duty for Aston Martin.

On that particular Italian weekend, he was suddenly called to replace the ill Alex Albon at Williams, delivering an impressive performance qualifying 13th.

He started the race after a flurry of grid penalties were applied and race to a superb ninth position at the end of the race, which put him in the spotlight again.

“I was a bit stressed like ‘what’s going on?’, and got told ‘you might be driving’,” De Vries said, looking back on the developments of his Monza weekend.

It’s good everything at Monza was so fast

“So, I rushed into the engineering meeting, got ready for FP3 and while this all happened, I got informed I was doing the weekend.

“I think it was a good thing it happened so quick, so unexpected and so sudden, because if you know a week prior you’re going into your first Grand Prix weekend, the pressure and nerves are just building up,” he explained. “I very quickly had to move them away and focus on what I actually had to do.”

De Vries projected a calm and grounded figure after the race at Monza, his demeanor as impressive as his driving, as he acknowledged external conditions helped him in his result.

“I’m grateful it turned out to be a very good debut,” he said, “but at the same time I want to be humble and acknowledge there were five grid penalties ahead of us which moved us from P13 to P8 on the grid.

“There were some retirements, the Safety Car at the end because we were suffering with a right-front brake issue, so it seemed all the stars were aligned, and I take that.

“I’m grateful for it, I acknowledge it, but we also did the job,” the 27-year-old driver concluded.