Monza Takeaways: Ferrari’s party that wasn’t meant to be 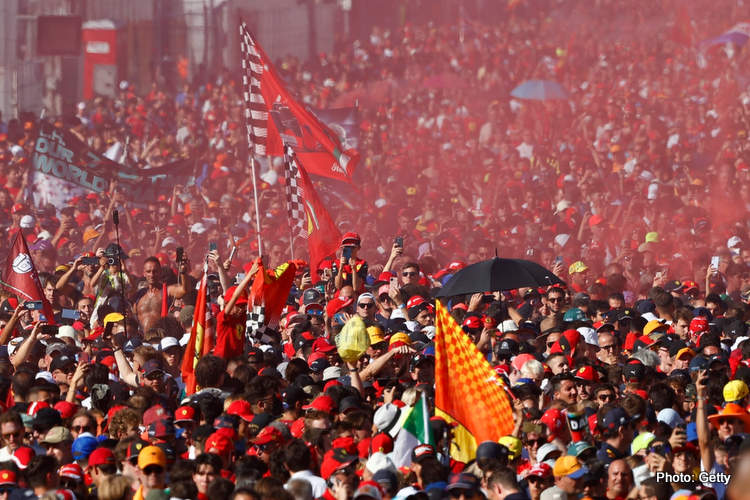 Ferrari had much to celebrate in front of the Tifosi, be it their 75th anniversary, or Monza’s 100th, but sadly the Scuderia party never got started on Sunday.

With Max Verstappen enjoying a proper homecoming at Zandvoort a week earlier, Ferrari would have been hoping for the same when the Formula 1 circus arrived at Monza, the Temple of Speed that has been around for 100 years.

That coincided with Ferrari’s celebrations of 75 years since Enzo Ferrari founded his legendary car company; for the occasion they added splashes of yellow to the livery.

With pre-race indications pointing to a Verstappen dominance, Ferrari got a glimmer of hope from Red Bull’s decision to give their driver a new Internal Combustion Engine which set him back five places on the starting grid on Sunday.

Ferrari had their hopes up when Charles Leclerc stuck it on pole on merit on Saturday afternoon, showing a decent turn of speed from his Red and Yellow F1-75.

But by lap five of the race, from seventh at the start, Verstappen was filling the mirrors of Leclerc’s Ferrari. The writing was already on the wall they would need a miracle to win their home race.

And The Miracle did not happen, however, Leclerc on the podium was the most the Tifosi got to celebrate after Verstappen crashed their party.

So let’s look back on the final race of the triple header, and pick our Takeaways from the 2022 Italian Grand Prix. 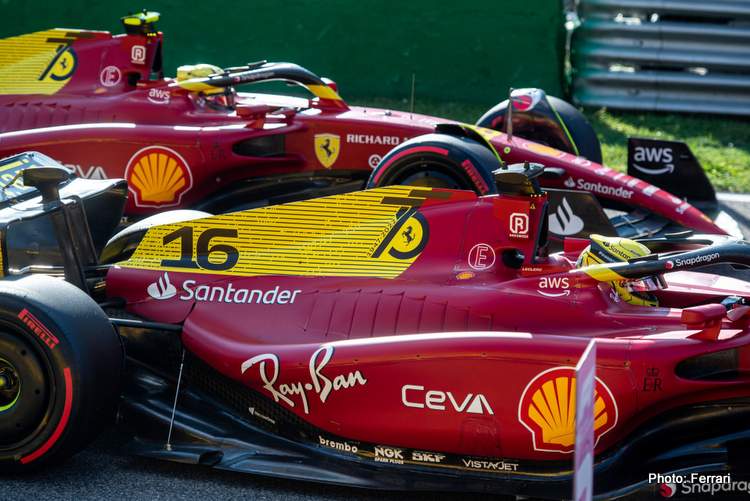 With all the Ferrari big wigs present and overlooking Mattia Binotto and his team, the pressure was definitely amplified, and I for one was expecting a huge fiasco.

But that didn’t happen per se, and despite not having an ideal strategy with that early stop under the Virtual Safety Car, meaning Leclerc had to run longer on his Medium tyres, and despite committing to the second stop a few laps later than ideal, the strategy was far from disastrous.

Chasing and catching Verstappen on Soft tyres shouldn’t have been an outlandish target for Leclerc, but as it turned out, the F1-75 didn’t seem to enjoy its “Red Boots” and the closest the Monegasque could get to the Dutchman was somewhere around 17s.

Ferrari might rue the fact that the race finished behind the Safety Car, as Leclerc was fancying his chances to have another go at Verstappen, but that may have been a blessing in disguise, as it would’ve hurt even more if he got his chance and couldn’t succeed, which was the most probable outcome.

Ferrari simply lacked the pace at Monza, and regardless of the strategy, Verstappen was going to win it, evident from his first five laps of the race. 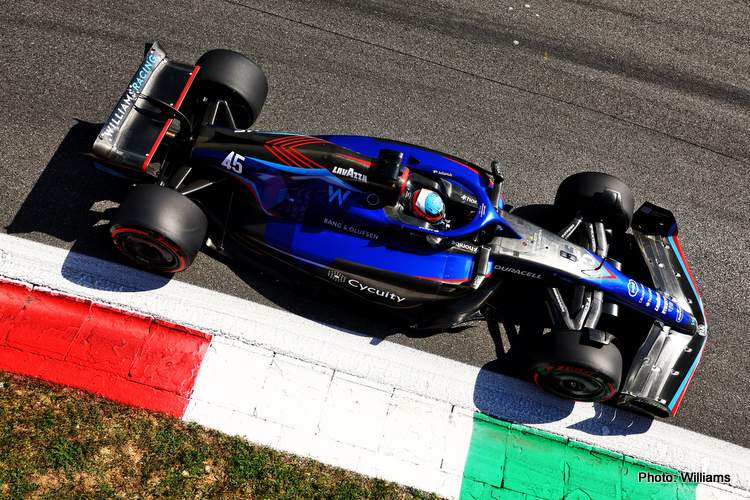 Entering the weekend at Monza, the closest Nyck de Vries was getting to an F1 drive was that FP1 outing in Sebastian Vettel’s Aston Martin.

But then came Alex Albon’s sudden illness that threw the Dutchman into the deep-end with Williams, not the car you would pick for a debut, that one chance to shine and prove yourself on the biggest stage of your career.

However, De Vries impressively went on with his business, adapting to the Williams after driving the Aston, and by qualifying he was able to make it into Q2, outqualifying Nicholas Latifi. Not a surprise there.

What was more impressive though, was the way the 2019 Formula 2 Champion managed his race, as there was no hint that he was a rookie, except for the post-race reprimand he got for erratic driving behind the Safety Car and the track limit warning he got through the race.

He was very impressive keeping his nose clean at the start, and was more so attacking Pierre Gasly while fending off Zhou Guanyu’s attention. Furthermore, had the Safety Car not intervened, De Vries might have been able to get by Gasly as passing the Frenchman was just a matter of time… which ran out.

In the end, he humbled Latifi, scored two points, and got Driver of the Day, not bad for an F1 debut driving a Williams with virtually no time to prepare.

It shows that De Vries has got what it takes to be in F1 full time, and that – yet again – Latifi doesn’t, and to be honest, I don’t think we needed the weekend at Monza to realise that.

Why Latifi remains in his seat while other drivers like De Vries are available is just beyond me, and before anyone says money, I ask: Is the money the Canadian’s father coughing up covering up for his ridiculous performance?

Homework for Formula 1 and the FIA 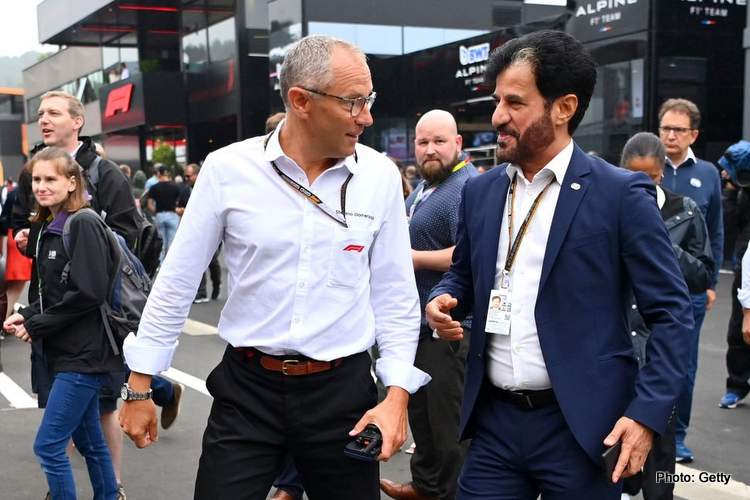 This weekend saw nine drivers take grid penalties for new Power Unit components, and in the case of Yuki Tsunoda, his ten-place grid penalty for having five reprimands this season prompted taking extra PU components as the damage was already done.

I do not envy those who had to sit down after qualifying to set the revised grid for Sunday’s race, as it took almost five hours for it to be published as F1 and the FIA once again find a way to make their life difficult while confusing the fans.

Having grid penalties for PU components in the time of the cost cap is not logical. Let the teams decide whether they spend their budgets on PUs or chassis development, provided the sport is really able to control the teams’ expenditure.

And if grid penalties were not enough, the Safety Car that came in the final five laps of the race did not do the sport nor its governing body any favours.

First, it took forever for the decision to deploy the SC to come, and then the decision to finish the race behind it served as an anti-climax as we were all looking forward to a great fight after the restart.

I can go on and give suggestions here about what needs to be done, but that’s not my forte. What I can say is that the FIA and F1 need to do something about these two issues. 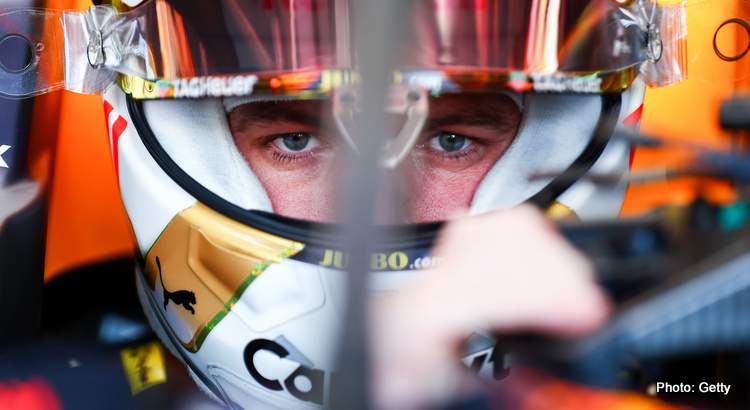