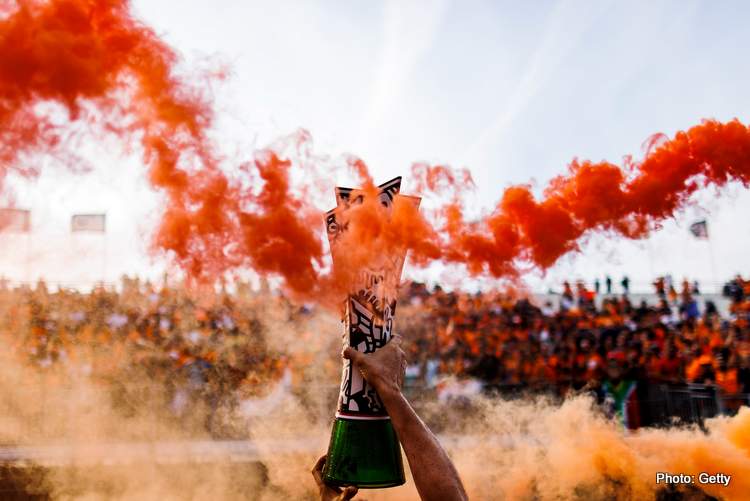 Max Verstappen had the perfect homecoming party at Zandvoort, winning his home grand prix on the trot, despite all that was thrown at him, while Mercedes ended the weekend being a vomit bag.

To be fair however, things did not look good for the reigning Formula 1 Champion as he started the weekend on the back foot with the gearbox problems that made him miss FP1 on Friday, and despite running in the afternoon, the opening day of running hinted at a different narrative for the weekend.

But when you are in the zone, like Verstappen and Red Bull are right now, turning around a tough start of a weekend can always be done, and Saturday’s third practice sent an imminent message of what is yet to come.

Ferrari, with Charles Leclerc’s Q3 rejuvenation, and Mercedes tried to mess up qualifying for the home hero, but he would not be denied, as pole was his albeit by negligible margins, and the stage was set for the race.

Sunday was in no way a straightforward affair for the Dutchman, but in the end, and with the current form he and and his team are enjoying, they were able to prevail.

It was Verstappen’s second win at home in a row, so let’s start our Takeaways from the 2022 Dutch Grand Prix with him.

Verstappen can afford to have fun now 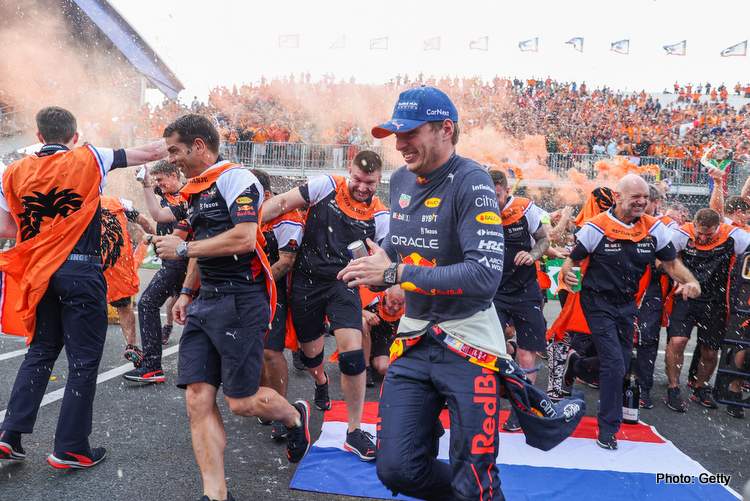 Max Verstappen now leads the Championship by 109 points from Charles Leclerc which means the Red Bull ace can stay at home for the next four races and will still have a five-point advantage if Leclerc wins all of them and even takes the extra point for fastest lap.

In my previous Takeaways, I wrote that Leclerc had an air of resignation surrounding him, and what he said in parc ferme at Zandvoort on Sunday, along with the body language he projected confirms that he has thrown in the towel in terms of the Championship.

Sure he will try to take it one race at a time, and target winning, but that will be just serve as a consolation prize as runner up is the best he can now achieve in what is one of the greatest missed opportunities in F1 history.

As for Verstappen, he can now enjoy racing for the remainder of the season, he won’t slow down or hold back because that’s not how he’s wired, and Red Bull will not be complacent going forward, but the “fun factor” can now be afforded especially in light of the metronomic consistency and precision the Milton Keynes camp, driver and team, are now delivering.

Barring something freaky, the Championship is as good as settled. Verstappen knows it and Leclerc knows it.

Are Mercedes now faster than Ferrari? 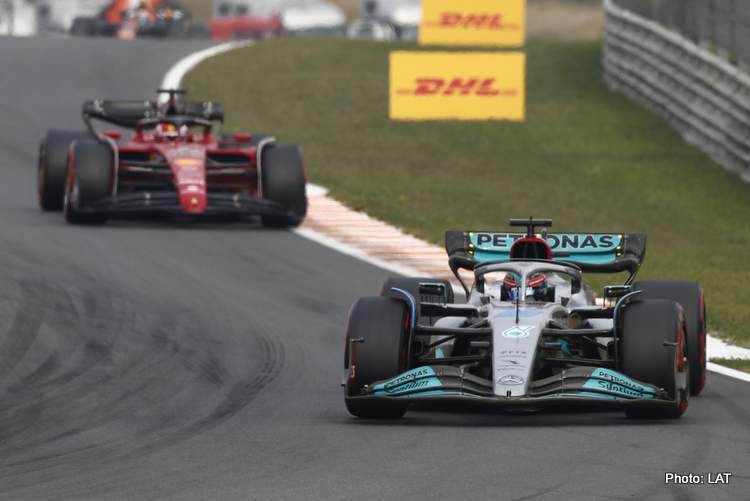 We could not really get a sense of what Mercedes could’ve done in qualifying with Sergio Perez’s spin ruining both Silver Arrows’ final Q3 runs, but in the race, it was they who posed a threat to Max Verstappen’s victory prospects, and not Ferrari who ran the Dutchman painfully close on Saturday afternoon’s shootout.

Mercedes were brave enough to target a one-stop strategy which meant Verstappen would have to overtake them on track with his two-stopper, something he would’ve succeeded in doing, but that shouldn’t take the focus away from the eight-time Constructors’ Champions impressive speed and confidence at Zandvoort.

Now the Virtual Safety Car, and the Safety Car that followed meant we couldn’t see how Mercedes’ plans would’ve panned out especially when Mercedes kept Lewis Hamilton out, a sitting duck on Medium tyres while everyone around him used the SC to get a free stop for Softs.

But, with all honesty, the outcome wouldn’t have changed a lot, as there was no way Verstappen will be denied another home win, but maybe Hamilton could’ve featured on the podium instead of Charles Leclerc.

However the question is: Are Mercedes now faster than Ferrari?

I doubt it, especially with the lack of consistency they have had this season. Being 1.8s off the pace in Spa, while being contenders one week later in the Netherlands shows the extent of their troubles.

I said early on in the season that Mercedes have a beast of a car hidden in that W13, and that they were on their way to unleash it, but I have to admit I was wrong.

The beast may be there somewhere, but the team has no idea how to release it, and in the rare occasions when they do, they don’t even know how they did it, evident by their inability to repeat such a feat more frequently.

Lewis Hamilton and George Russell can talk positively about progress as much as they like after every decent showing they have, but the fact remains that their car is a “Silver Donkey”, and it’s only Ferrari’s incompetence that’s allowing them to collect some results.

However Mercedes are a vomit bag now?!! 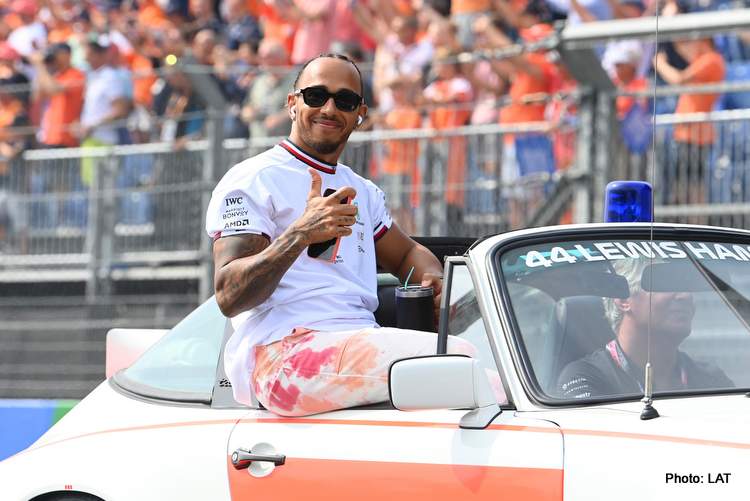 Much has been said about Lewis Hamilton’s expletive-laden rant over the team radio towards the end of the race at Zandvoort after he was kept out to keep track position, while other drivers around him pitted under the Safety Car, a decision Mercedes have taken before if I am not mistaken.

While everyone was talking about what Hamilton said, and how shameful it was for a driver of his caliber to say that, especially to a team that has given him so much over the years, what caught my attention was Toto Wolff’s comments on the matter.

When asked about it post race, Wolff said Hamilton got emotional… fine. But then he goes on to say that the team and the pit wall are a the “trash bin” and a “vomit bag” for a driver when he gets frustrated. That I do not understand!

With all do respect to Hamilton, his status, and all the great races he has won for Mercedes, but he wouldn’t have done that without the team that built his cars and devised his strategies over the course of the years since 2014, the team that made sure he enjoyed number one status having the best “wingman” in the sport – Valtteri Bottas.

All those people in the background deserve more respect, and if you think what Hamilton said over the radio was insulting, the way Wolff tried to justify it was even more disparaging to the team. He could’ve used a different language.

Not even Mattia Binotto would’ve come up with such a stupid justification!

One more thing that went under the radar at Zandvoort was Hamilton’s throttle checking of teammate George Russell when the former was being overtaken.

David Coulthard mentioned it in the post race interviews in parc ferme asking Russell: “When you passed him [Hamilton], there was there was a little… What was going on there? It almost looks like you are going to hit the back of him?”

To which Russell awkwardly responded: “Yeah, we like to keep it close, you know, always,” before going on to talk the usual politically correct PR blabber.

The W13 might have been fast at Zandvoort, but Mercedes were not healthy at all…

A final quick word from Zandvoort

You may have noticed that I did not talk much about Ferrari, their Carlos Sainz pitstop disaster and what have you, but it is becoming painful and depressing to point out the Scuderia’s shortcomings race in race out.

Tifosi, expect more disappointments, but no worries, the Scuderia will embrace you all next weekend (translating the tweet below), when they bungle up at Monza.