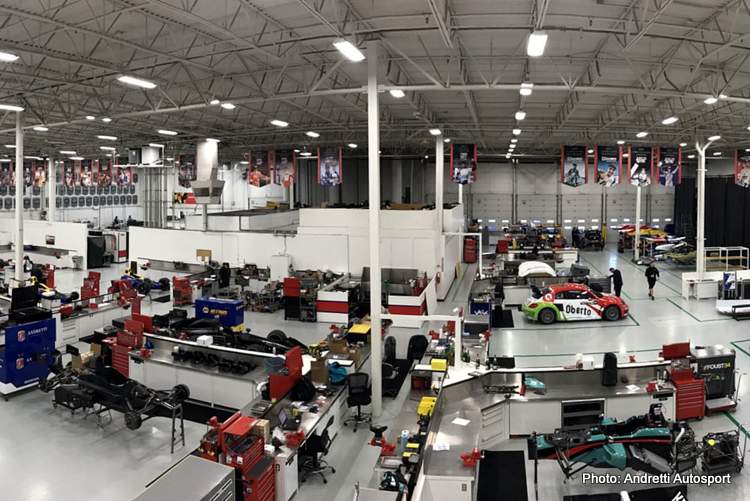 Andretti Global means business! The organisation, which has Formula 1 ambitions, will build a $200-miilion state-of-the-art motorsport facility putting all its projects under one roof by 2025.

The Andretti family’s bid for an F1 team is well known, with the FIA apparently open to an 11th team despite opposition from within the paddock. But the perception is that the Andretti Global protect will get legs at some point.

Hence the new 575,000 square-foot shop in Fishers, Indiana which Racer expect will be ready in 2025 and thus would be good timing if and when the F1 project happens.

The team is quoted saying the new structure will “occupy approximately 90 acres alongside the up-and-coming Nickel Plate Trail, the Ritchey Woods Nature Preserve and near the Indianapolis Metropolitan Airport. The new global headquarters would add up to 500 jobs to the local community by early 2026.

Michael Andretti said that the facility will serve the organisation’s global commercial functions and the base of operations for the team’s current NTT IndyCar Series, Indy Lights and IMSA programs and other future racing initiatives.”

As for why they chose the site for the venue, Andretti explained: “Indiana holds an important place in the history of racing, and in my career as a driver and an owner; I’m happy to confirm that the Racing Capital of the World will continue to be the home of our global racing efforts for a long time to come.

“We’re excited about our plans for the new campus and looking forward to becoming a part of the Fishers community. Over the past 20 years, I’ve worked to expand our operations and I’m proud of our steps to create a diverse racing portfolio.

“Our current facility has served us well. Our team has expanded in both competition and commercial areas and our people deserve the best environment and resources available. I’m excited to have so many of our teams under one roof as we continue to build and grow.

“For us, it’s about more than just having somewhere to work on the cars; it’s about having a global motorsport home and sharing that with our people, our fans and our sponsors to advance the sport and leave a lasting legacy,” concluded Andretti.