Raikkonen: The only thing we can do is do our best 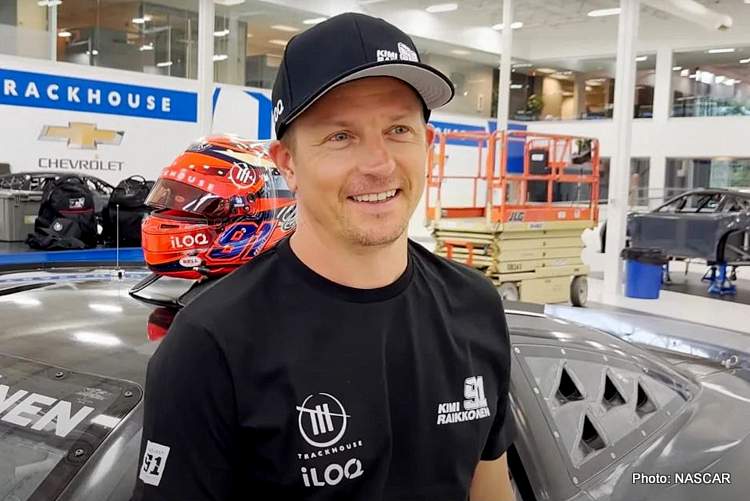 Kimi Raikkonen retired to Switzerland at the end of last year’s Formula 1 season and has blissfully spent the last eight months with his young family; now he has some unfinished NASCAR business to take care of!

Did he miss racing? “Not really, no,” the 2007 F1 champion replied, yet here he is, not even a full year into retirement, and Raikkonen will race again.

Raikkonen will race Sunday at Watkins Glen International in upstate New York in – and this isn’t a typo – a NASCAR event. The driver known as “The Iceman” for his unintentionally droll demeanour was persuaded to get back behind the wheel by TrackHouse Racing and its ambitious, purpose-driven Project91 program.

Project91 was created to raise NASCAR’s worldwide profile with top drivers from other formulas by Justin Marks, the 41-year-old former driver and now co-owner of NASCAR’s hot, new winning team. He was prepared to personally fund the debut race at Watkins Glen, a road course where TrackHouse should compete for the win.

Tops on Marks’ list of prospects was Raikkonen, who had previously competed in both an Xfinity Series and Truck Series race at Charlotte Motor Speedway during one weekend in 2011, the season Raikkonen took a one-year sabbatical in his 19-year F1 career.

There was some bemusement over Raikkonen’s mere presence in NASCAR’s hotbed, but the most memorable part of his brief NASCAR career was that he was sponsored by Perky Jerky.

Even so, Raikkonen was interested when first presented this NASCAR offer. Marks then sealed the deal in February by travelling to Raikkonen’s home in Switzerland to make his pitch in person to the Finnish driver.

Raikkonen previously flrted with NASCAR during his first ‘retirement’ from F1 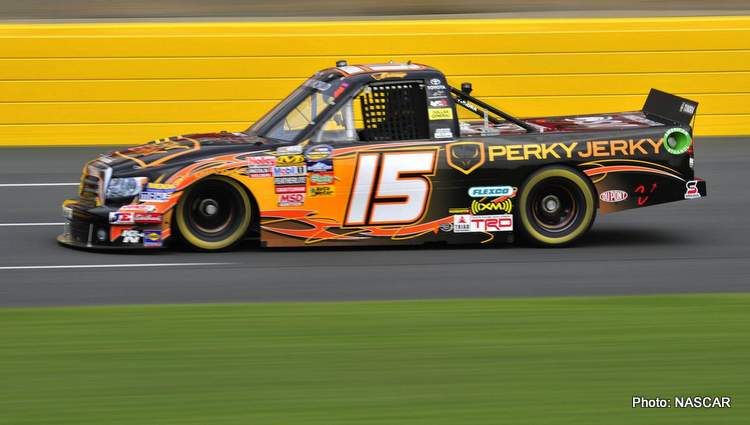 “I had to find somebody that would give immediate legitimacy to it and be interested in doing it. And to me, really quickly, it was Kimi,” Marks said.

“The genesis of Project91 was just my desire as a race fan to see cool things happen in racing. A Formula One driver coming to NASCAR and being competitive at the Cup level is a cool thing and if we were going to launch this thing, obviously we needed somebody relevant globally to set it off.”

Marks has not divulged what it cost to hire Raikkonen for one race; he joked once that the trip to Switzerland was “expensive” and last week deadpanned Raikkonen was drawing a $1 million salary before insisting he was joking.

Either way, the No. 91 Chevy picked up two sponsors to pay for some of Project91 in Recogni and iLOQ, a pair of technology companies. Vegas online casinos are sure to be buzzing as Raikkonen is big news for the series, and could pull a surprise for brave punters.

In an interview with The Associated Press, the 42-year-old Raikkonen admitted he casually follows NASCAR and has been intrigued by the stock car series for more than a decade.

He had hoped to also run a Cup Series race back in 2011, but it never happened and he returned to F1, where he won the final three of his 21 career victories over the following decade.

Raikkonen was intrigued by both NASCAR and its new Next Gen spec car, which debuted this year and equalized the competition among the elite top teams including, well, the upstart TrackHouse Racings of the garage.

Raikkonen:I think any time there’s an equal chance to win in a series it is nice 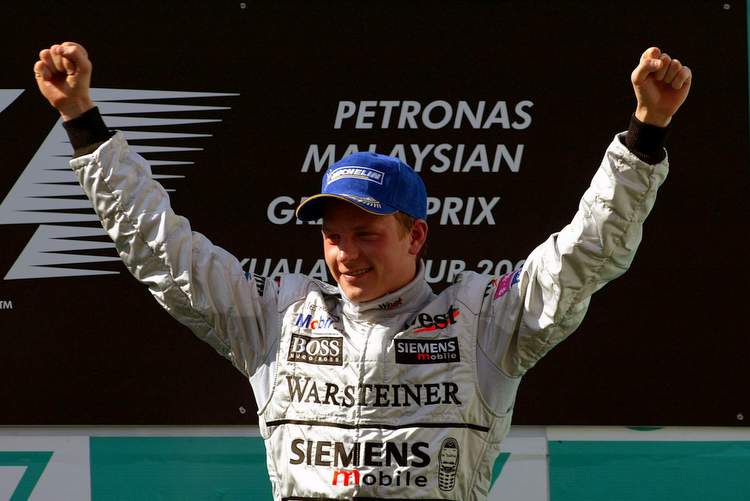 TrackHouse has three Cup wins in its second season and both Ross Chastain and Daniel Suarez are qualified for the playoffs.

“I think any time there’s an equal chance to win in a series it is nice, I think it’s good, and what I heard when I talked to people about the new car is that it is pretty even with everybody,” Raikkonen told AP. “It’s still a learning phase for all teams with the new car.”

This project was announced in May, long before TrackHouse was officially considered a good, championship-caliber team, but Raikkonen said he was convinced by Marks during their meeting. Marks’ entryway to Raikkonen’s home was via a mutual close friend.

Even as he hopped the globe for F1’s schedule in the 10 years since his two-race NASCAR foray, Raikkonen always kept an eye on the series. So he knew a new car was coming when he met with Marks, who he said “was very honest” about his intentions for the program and TrackHouse’s capabilities.

“I think he came as a very honest and straightforward guy and nobody has promised any big thing,” Raikkonen said.

“The only thing we can do is do our best and hope we get a good result. You never know, any category or any racing you choose, you just never know what will happen. And so I trusted what he was saying and they’ve been doing pretty well. In NASCAR, it can easily happen.” 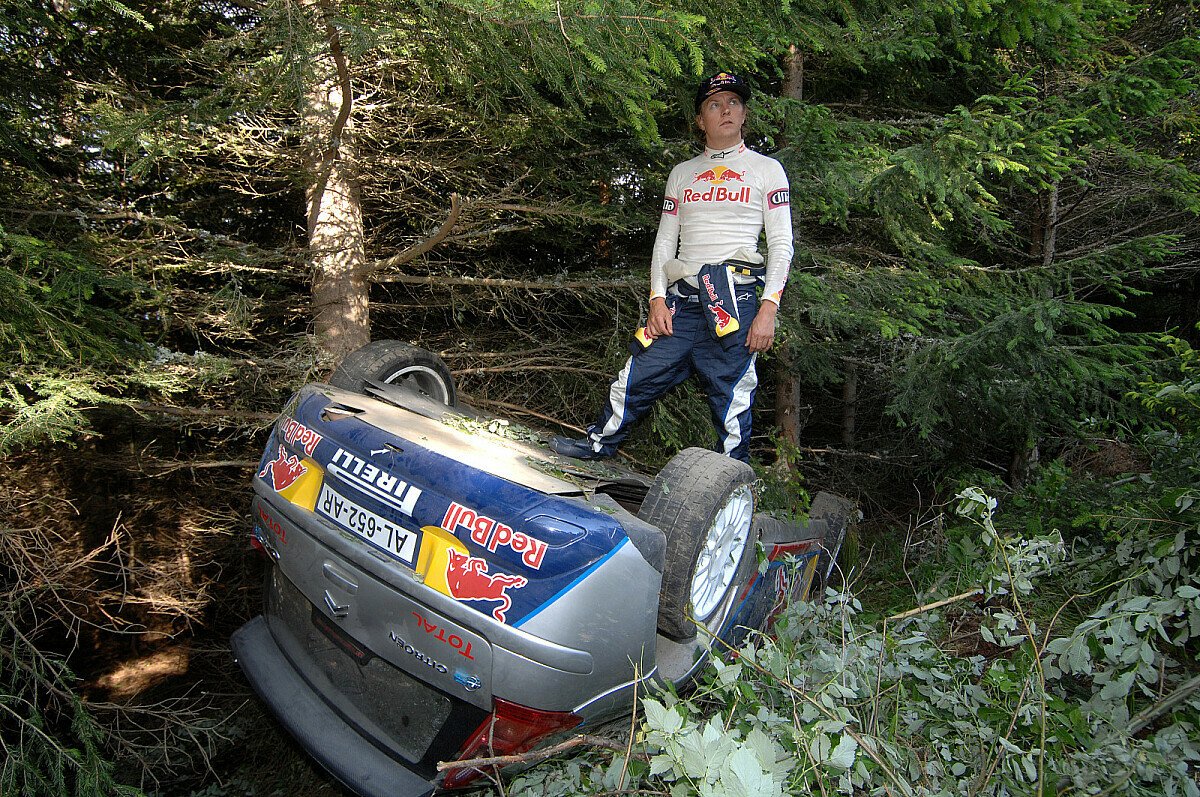 However, the Finn confirmed that Marks’ is the only one “that so far I’ve said yes” and is enthused in part because he gets to do something brand new and experience it with his wife and two young children, who have occupied his time in retirement.

He said that finally having a traditional schedule has allowed for expanded family time and a summer spent on holiday around Europe.

He brought “The Ice Cubes” to the United States after three days with TrackHouse spent at the shop, the Chevrolet simulator and then a NASCAR-sanctioned test at Virginia International Raceway. The family met in New York City and will travel this weekend upstate to prepare for Sunday’s race.

His son, who is seven, is now racing in both go-karts and motocross, but he said his 5-year-old daughter has less interest in the sport. He wasn’t quite sure what either knows about NASCAR.

“I haven’t asked them, they’ll figure it out,” Raikkonen said.

“I’m pretty sure there might be some phone calls to Justin already,” Raikkonen said of interested drivers. In fact, Marks has had early talks with eager four-time Indianapolis 500 winner Helio Castroneves, who wants to run next year’s Daytona 500; Marks has said Project91 must complete its debut race before it can thoroughly discuss future events.

“I think it’s a great opportunity for drivers from Europe because it’s not very easy to come from Europe to the U.S. to race,” said Raikkonen. “People can get challenges and maybe they can come here and have a long future because it is a good sport. I think it is great what Justin is doing.”