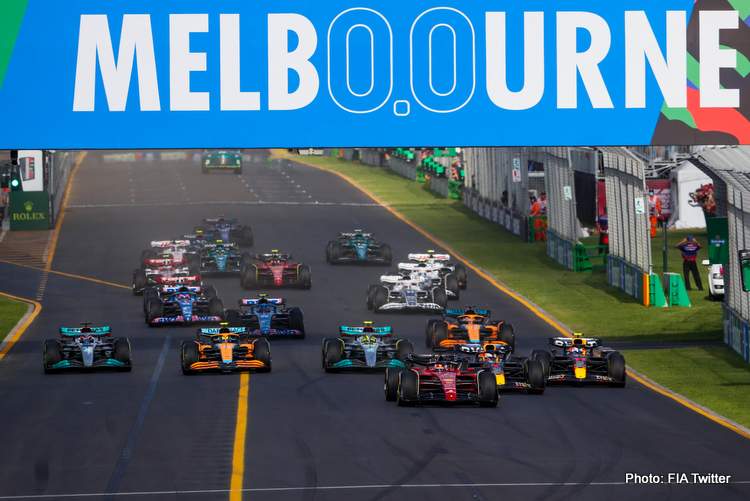 The Australian Grand Prix website has confirmed 30 March to 2 April as dates for their Formula 1 weekend in 2023 with tickets set for sale in forthcoming months.

No other rounds have dates as yet, and it is unclear which round of the championship the 26th F1 race at Albert Park will be, but one of the numerous provisional calendars penned by RaceFans has Bahrain and Saudi Arabia before Australia, as it was this season.

While the 2023 F1 World Championship calendar has yet to be confirmed, organizers have managed to etch in a date for Melbourne, which they confirmed today: “The Formula 1 Australian Grand Prix 2023 returns to Albert Park from 30 March to 2 April.

The four-day motorsport extravaganza has been bolstered in 2023 with the addition of F2 and F3 as support categories. Tickets will go on sale in the coming months, so Register Your Interest to ensure you don’t miss out on the latest ticketing updates.”

F1 chief Stefano Domenicali revealed that maybe 24 races will feature: “The demand is very, very high. We cannot say anything more than what we are saying because we are, of course, finalising all the details.

“But we for sure expect to have a couple of races more than this year, but less than 25, that’s for sure,” Domenicali added and closed by saying that the 2023 F1 calendar would be released “around October.”