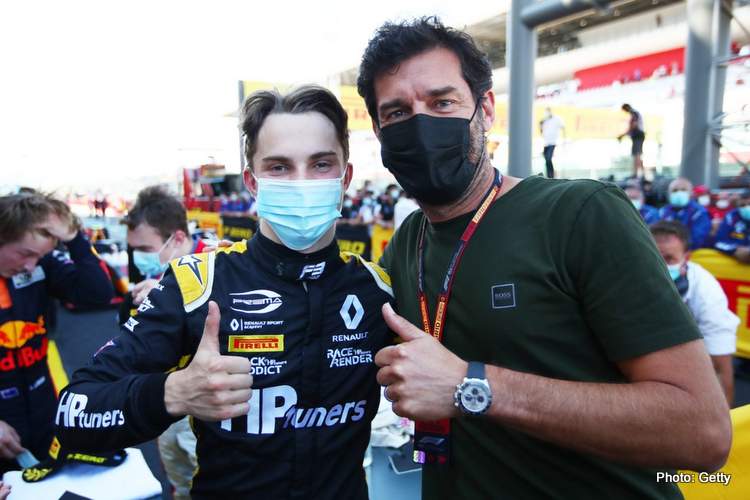 The “I don’t want to drive for Alpine” Formula 1 Silly Season saga has taken so many twists and turns that it’s taken me a while to tackle this one and try to make some sense of it all.

To sum up: the Silly Season really fired off in anger when Fernando Alonso defected from Alpine to replace retiring Sebastian Vettel at Aston Martin which caught everyone off guard.

Among us esteemed F1 journo Joe Saward who wrote in his blog: “I was just a tad irritated when I heard that Fernando Alonso had signed for Aston Martin because it seemed before that came that he would be staying at Alpine in 2023.

“It was a big surprise in that it is utterly illogical (except from a financial point of view) and it came as a shock to everyone, even Alpine boss Otmar Szafnauer.”

Hard to argue about the logic of pitting Alonso in the same caravan as Lawrence Stroll but the Canadian billionaire – who calls the shots on the big stuff at AM – sees the benefits of signing the 41-year-old Spaniard.

Again, worth quoting Joe who sums it up as I see it too: “Will Alonso and Aston Martin be a match made in heaven?

“Probably not. Fernando is not easy (although he is more relaxed these days). Lawrence Stroll is not known for being an easy companion. What he is known for is his belief that Lance is an undiscovered genius, capable of winning World Championships.

Being a racing dad and a team owner is not a good combination and one wonders what will happen when Alonso beats Lance every weekend. Fernando is smart, but he is not ever going to say: After you Lance…”  ventured Saward.

The question is, how and when did this all go down? It was an incredibly fast announcement from the Alonso-Aston Martin camp which then triggered a most embarrassing situation for Alpine after they confirmed Alonso’s departure and welcomed their junior driver Oscar Piastri to the fold.

Then came the bombshell with the Piastri denial was flicking mud into the eye of the team that were banking on the 21-year-old Australian to spearhead their future, starting next year, alongside Esteban Ocon.

Again this development took everyone by surprise, even Otmar Szafnauer who surmised what we all surmised that this was a well-executed snatch of Piastri from Alpine to McLaren, immediately triggering memories of Michael Schumacher’s defection from Jordan to Bennetton in 1991. 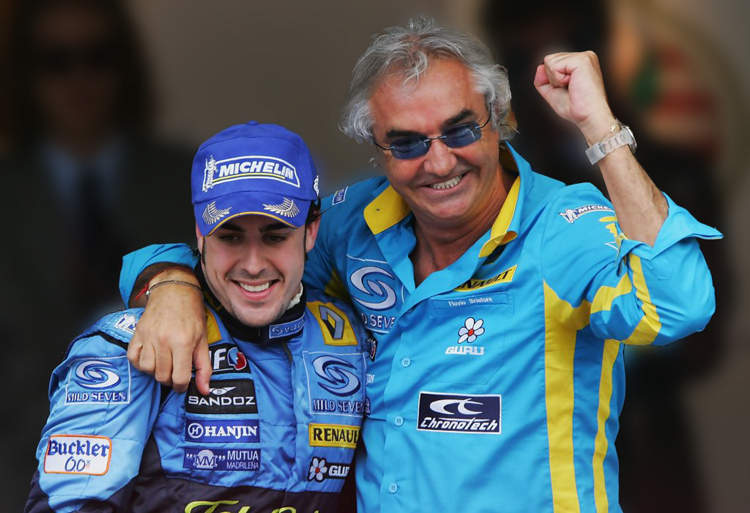 And this has the hallmarks of a Briatore-manoeuvre (this of course is the Flav of Crashgate infamy, and other shady shenanigans, who managed (manages?) both Alonso and Webber.

Asked about the trio colluding to make the Piastri snatch, Szafnauer told Fox Sports: “I have no record of it, but this is Formula 1 and maybe in a couple of years someone says that they have evidence of shared information, I would not be surprised,” Szafnauer said.

“I always tell everyone that in Formula 1 you have to act as if everyone knows everything. That there are no secrets in these things. When you ask someone not to say anything, they act like everyone knows.

“That’s how I’ve run my business in Formula 1 for 25 years. And if this (information sharing) has happened, you should not be surprised,” added Szafnauer, who did not rule out legal action.

As it stands, McLaren have yet to comment on the matter, yet keeps on hoarding drivers to their roster; which means several big-name drivers are signed up to Zak Brown’s team, either for the Indycar programme, Formula E etc, with one thing in mind: one of the two seats in the F1 team, anything less is failure.

Meanwhile, stalling the McLaren-Piastri confirmation process of course is the Daniel Ricciardo party-pooper who has a deal with the team that has him as Lando Norris’ teammate until the end of 2023; despite noises to the contrary, it appears Brown was plotting Dan’s departure long before that. 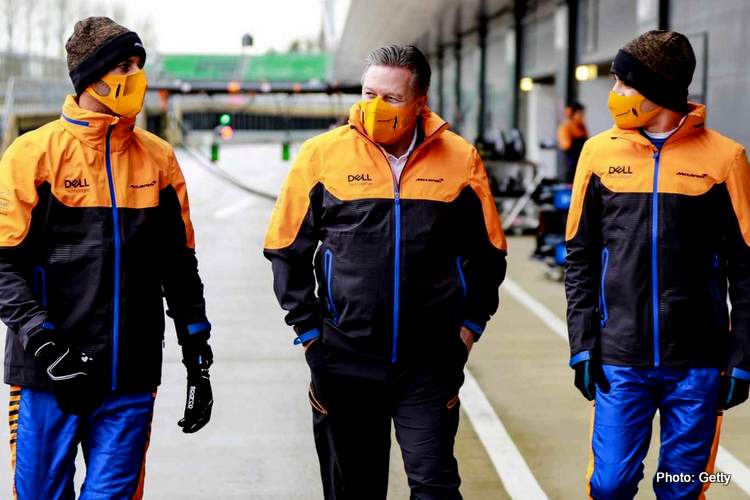 Depending on who you read, Ricciardo wants McLaren to fork out $20- to $30-million dollars for him to give up the second seat to Piastri with the option to move back to Alpine (aka Renault) probably the best for both parties.

It remains tough to know what will happen when the dust settles on this one because Alpine claim they have an airtight deal with the young driver, while reports that F1’s Contract Recognition Board found both Piastri’s Alpine and McLaren contracts valid. Baffling to say the least.

The reality is that a team of Alpine’s stature is unlikely to countenance ‘traitor’ Piastri driving for them, but at the same time they are not going to allow the millions spent on his development as a junior go to waste; compensation for the French team is the target no doubt.

From a Piastri-Webber-Alonso-Briatore perspective, if there is collusion, with Fernando at Aston Martin secured the best solution would be: Piastri to McLaren, Ricciardo to Alpine; and then who goes to Williams which was prepping for the Alpine lad?

Really no one cares who goes to Williams, “as long as it is not Oscar” would be the thinking over cocktails at the Flav, Nando and Mark table when contemplating their triumph, should it come to that.