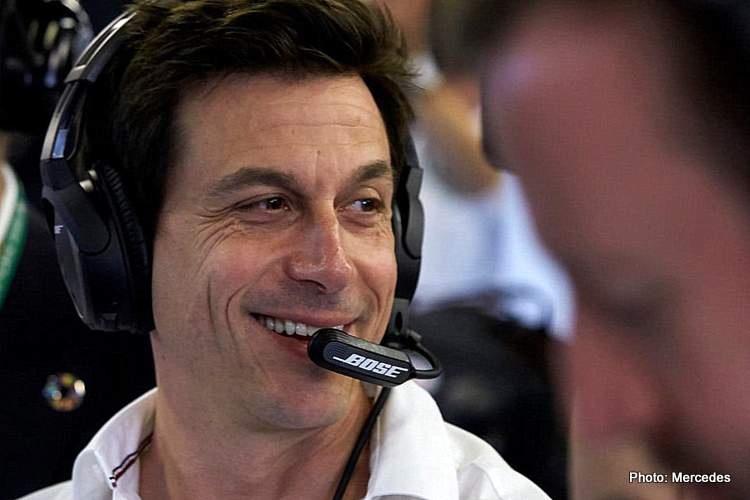 Toto Wolff is probably one of the most photographed and quoted personalities in Formula 1 today, and while he is not proud of some of his viral shenanigans and accepts it as the price he pays for wearing his heart on his sleeve.

From a midfield team just over a decade ago, Mercedes under Wolff won 15 F1 world titles in a remarkable eight-year span that has seen Lewis Hamilton emerge as the winningest driver in the sport’s history, tied on eighth titles with Michael Schumacher.

But this year the streak has wobbled seriously this year, speaking to the Financial Times, Wolff revealed what went wrong with the radical but problematic Mercedes W13: “We got the physics wrong. F1 is physics. I often get the question: How hard is that?’

“I had so many periods, so many episodes in my life that I would judge as difficult, that this is not on the same scale. If you stop dreaming, you’ll run out of purpose, in my opinion. That is not some kind of Instagram bullshit.

“That is something that I learnt from Niki, that yesterday is irrelevant,” ventured the Mercedes team principal, who also admitted of his management style: “I can’t do aerodynamics but I know everything about the guy who can.” 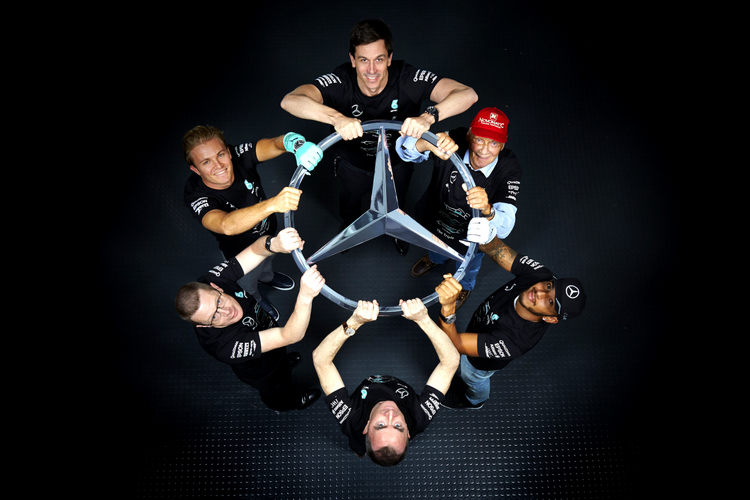 As a team, Mercedes won eight consecutive F1 constructors’ world titles since 2014, remarkable at any sporting level as Wolff explained while referencing the Manchester United football team managed by Sir Alex Ferguson: “I studied why great teams were not able to repeat great title [runs].

“No sports team in any sport has ever won eight consecutive world championship titles, and there are many reasons for that, and what is at the core is the human. The human gets complacent. You are not energised in the same way you were before. You are maybe not as ambitious.

At the same time, Wolff acknowledged what many feared during the remarkable Silver Arrows reign, namely that their dominance was not a good thing: “We would kill Formula 1 because nobody would watch it any more.”

Of course, the unprecedented success over this period goes hand-in-hand with Lewis Hamilton’s already legendary legacy, all his record-breaking 103 victories were powered by Mercedes, a marque etched into his journey in F1.

Hamilton took a huge chance, faced a ton of flack from his homeland when he ditched McLaren for Mercedes at the time when the former was a superpower under Ron Dennis and the other a startup. He signed for the Silver Arrows and the rest is history. 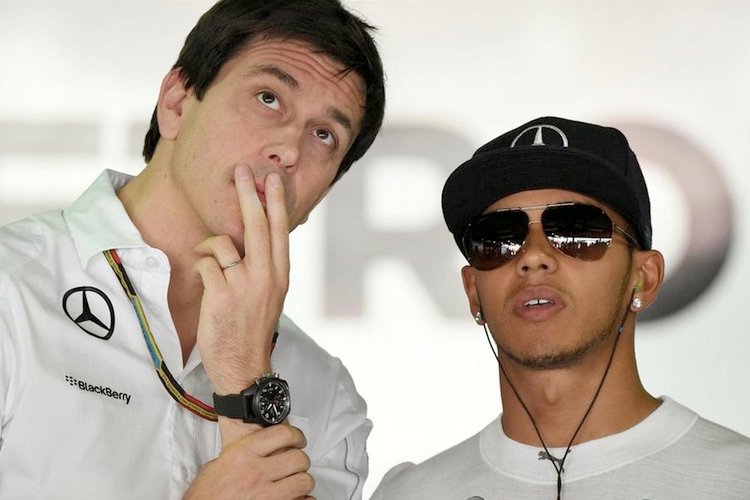 Wolff and Hamilton have had a strong bond, perhaps strengthened after Nico Rosberg departed the team after his solitary F1 title in 2016 but the stakes are high in the search for perfection, as are temperaments.

The Austrian described his star driver: “He can put the finger where it hurts,” before adding: “Lewis has never caused any headache, neither for me or the team. You need to push people out of their comfort zone, and this is what he is doing.”

F1 is enjoying a seismic boom in popularity globally, significantly so in the United States which for a long time was a long-sought but unconquered frontier for the sport in a country where oval racing and top speeds ruled the roost.

But the new age has dawned with a perfect storm of Netflix, social media and arguably one of the most exciting line-ups of drivers ever in the mix. Young Guns versus the Old Guard, Ferrari misadventures, Red Bull feuding, Verstappen dominating, Mercedes coming back… so many subplots which have no captured a whole new audience.

Some say at the expense of the traditionalists wh fear F1 is heading up the wrong path and for whom Wolff has disdain: “I love that they hate it. As long as we provide great entertainment, we are not going to lose them because we are running hybrid engines or less noisy cars, or drivers are kneeling on the grid.”

As F1 expands in leaps and bounds out of Europe, to Asia and the United States under Liberty Media even the sport’s spiritual home – Monaco – is under threat. 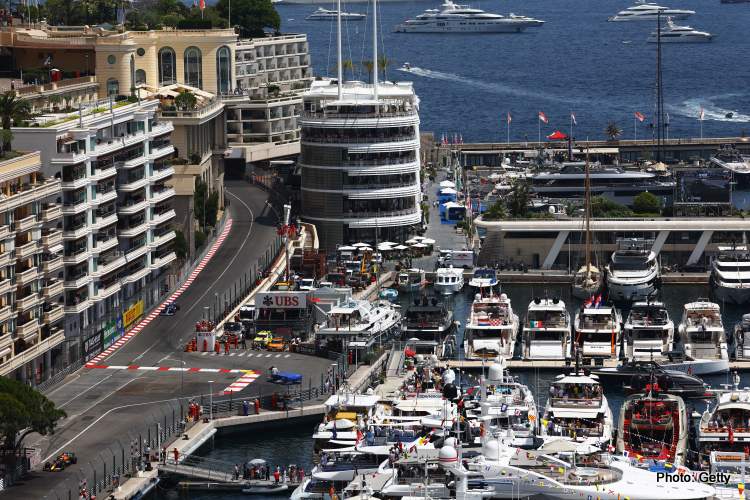 “Nothing is sacred, everything needs to evolve. The racing has to be better,” insisted Wolff.

While the social media age is undoubtedly magnifying F1 on a global landscape, it also comes with its pitfalls as every move Wolff makes and every word he utters is micro-analysed by a throng of journos (just like this site does) with nowhere to hide for the Mercedes team boss.

As a racing man, he clearly wears his heart on his sleeve when engrossed in the TV images we watch weekend in and weekend out, his antics have more than once gone viral for all the wrong reasons.

“I am not proud of smashing headphones,” Wolff lamented without remorse. “That’s how I am. That is still the aggressive kid who had a really tough upbringing that comes out. I literally had to fight for feeling adequate.”

His fight is for sure not over, more so this year where Merc are playing catch up to Ferrari and Red Bull, Wolff tells the reporter that he gives himself a “couple of years” to turn the Mercedes F1 team around again before he will consider handing over the helm to a successor. 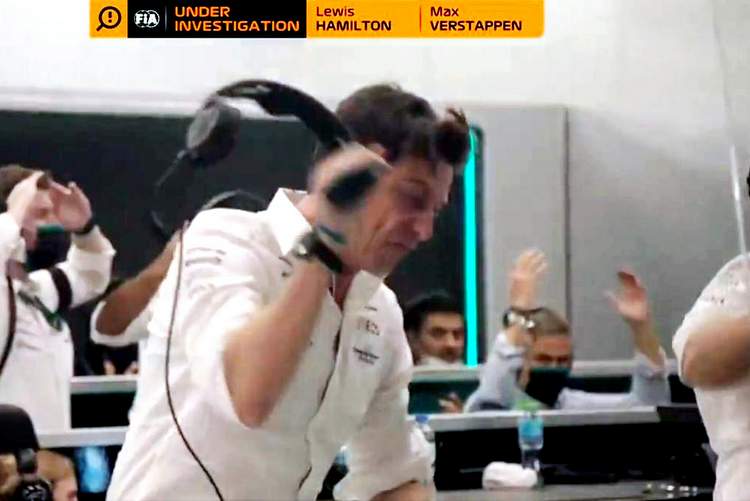