Andretti: Herta will do well in Formula 1, his future is bright 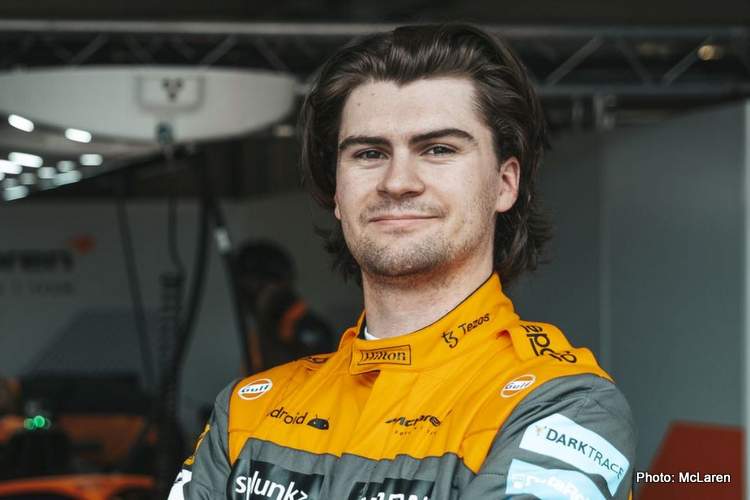 What an amazing 2 days! First taste of a Formula One car was sweet. Thank you @McLarenF1 for the opportunity👊🏻👊🏻 pic.twitter.com/2eYO8dbOja

The test in July was summed up by McLaren F1 boss Andreas Seidl at the time: “The team will go into data and detail to get an initial idea of the potential Colton has shown in our car.

“And then we’ll have quite a picture and good idea. That will be part of our evaluation as well as to what next potential steps could look like.”

But Seidl also tempered expectations: “As always here at McLaren, we take it step-by-step. The objective of this test was to give Colton the chance to experience a F1 car for the first time and explore its performance.

“That was the focus. What comes next is something we take step by step. Take our time as well. That’s where we are,” added Seidl before the summer break.

Andretti, who tends to know more than most, had some inside information which he shared with Motorlat: “Just recently the test that he had in Portugal with McLaren, I know a little bit more about it than what has been revealed – and it’s pretty darn good.

“As far as his Formula 1 ambitions, he will do well there. His future is bright, no question,” insisted the 1978 F1 World Champion.

Andretti: You cannot teach anyone to go fast 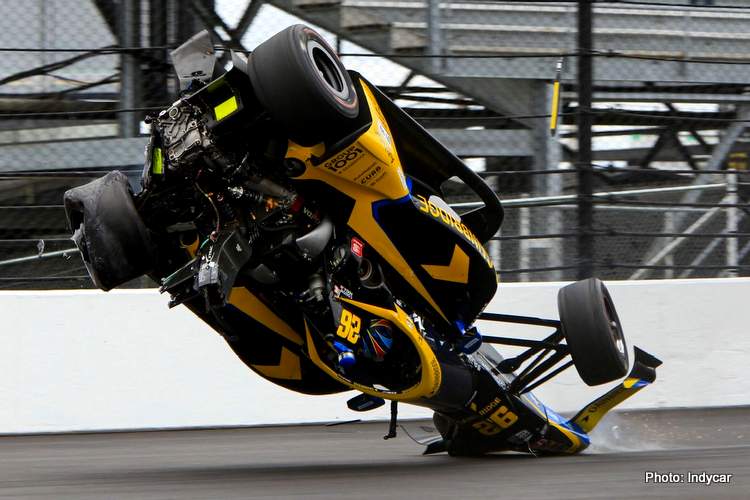 However, 22-year-old Herta’s career has been peppered with highs and lows, incidents and controversies much like F1 World Champion Max Verstappen’s early days. But one could argue it is a sport in which the great drivers tend to cause waves as they push their raw speed to its limits.

Nevertheless, Andretti admitted: “I am actually surprised at some of the so-called mistakes. At the same time – not to overlook the facts – he has what it takes.

“Trust me, a mistake is something that grinds you forever; I’ve done plenty of those. I didn’t need to be told that I was stupid that particular time; I knew that myself. He does the same; we all do the same. That’s not a thing that would worry me.

“You cannot teach anyone to go fast, but you can slow them down just a bit as they progress and get some more experience. The mistakes, you can overcome all that. I am sure he is harder on himself than anyone else.

“He’s capable, he’s fast. He has good judgement; we’ve seen that he possesses it. All of the ingredients are in place. There is not a worry about his capabilities as far as I’m concerned,” affirmed Andretti.

After the test, as Seidl said, data was analysed and conclusions made. McLaren released more detailed information from the test in Portimao, with Senior Principal, Car Performance Engineer, Mark Temple describing Herta as “very professional, very attentive and very responsive. 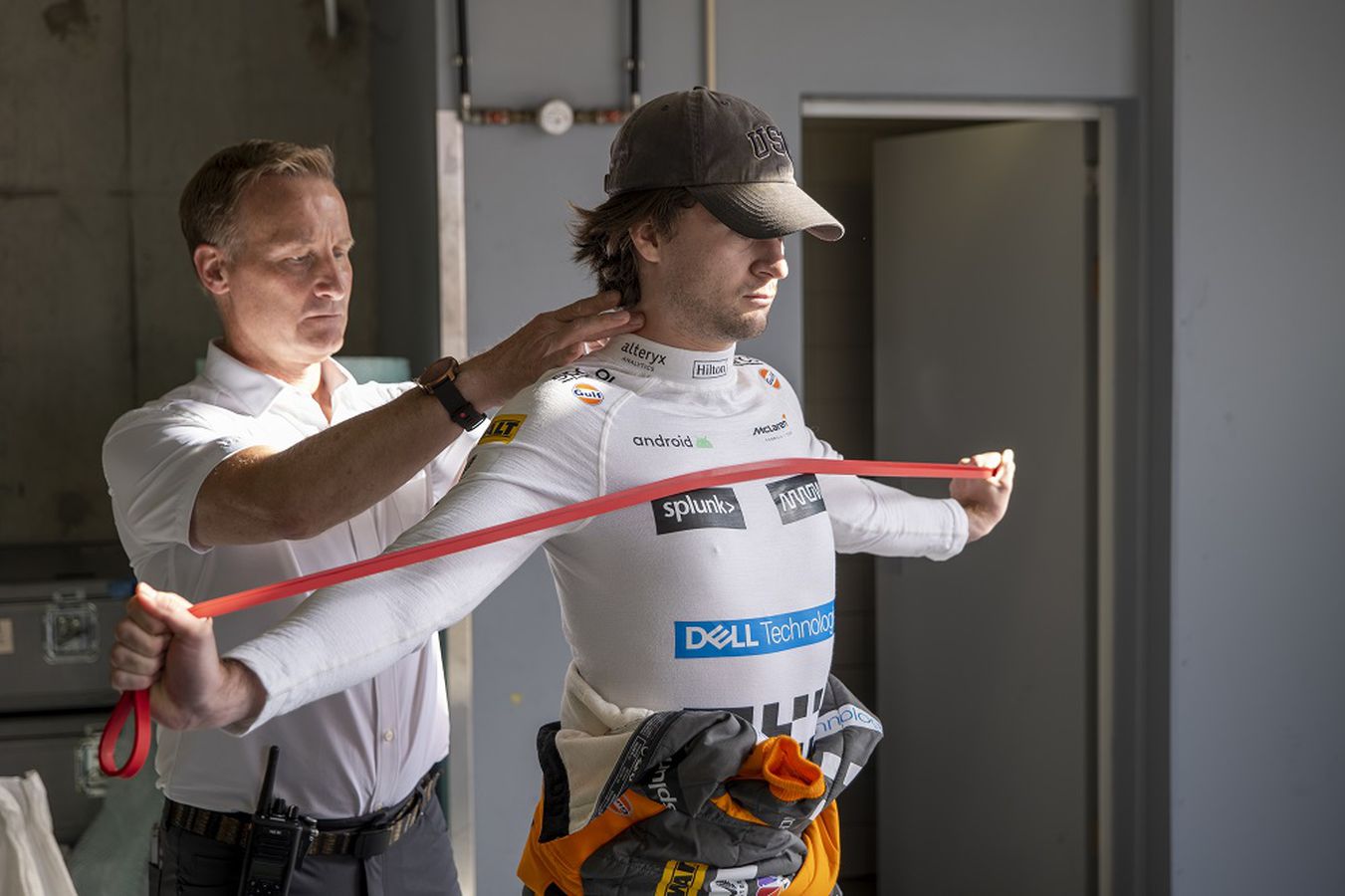 The team also reported that “Colton’s work ethic impressed from the outset. Completing 162 laps and 749.7km over two days, he maximised his time on the tarmac, taking a proactive approach and making continuous progress throughout with his lap times and style of driving.”

Temple also observed: “He was very good at discussing what was going on with the car. The first area drivers usually take a little bit of time to learn is how much speed they can carry into the high-speed corners.

“Turn 1 at Portimao is quite fast and requires commitment – you really have to throw the car in, and so naturally, it took him quite a while to build up there.

“The other area was braking. Working out how late to brake and getting the balance between braking and steering right when going into the corners, so that you can carry as much speed as possible without hurting the exits. Those are areas where he progressed and built on during the test,” concluded Temple.

Despite all this, not all the ingredients are in place, the key one is the question of a race seat with a team on the F1 grid in the near future for Herta. And therein lies the problem: there aren’t any.

McLaren under Zak Brown have signed a platoon of drivers all with one thing in mind: Formula 1 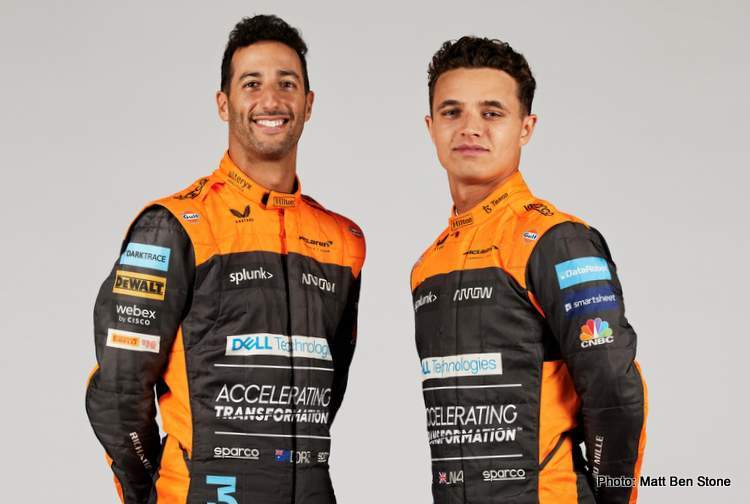 Whether they are in Indycar or hovering in the wings, every driver that signs for an outfit like McLaren has one thing in mind: to fill one of two seats in the F1 team.

‘Several-into-two does not go’ as we watch in bewilderment while Brown announces driver after driver to their growing menu of series McLaren is competing in, with all of them queueing to be Lando Norris’ teammate, more so now that it seems clear the team want to oust veteran Daniel Ricciardo and place unproven, albeit highly-rated, Oscar Piastri in the second car.

‘Bold, audacious and from out of the blue’ did Brown scoop Piastri from Alpine? All indications are something like that happened, and when you throw Mark, Webber, Fernando Alonso and Flavio Briatore in the mix it is not hard to imagine what went down.

In other words, what it means for Herta is that he may be an old man before he gets a chance at McLaren; Lando is going nowhere for a long time (unless Red Bull or Ferrari or Mercedes come knocking) and, if Piastri is as good as they say he is, at 21, the Australian is also in for the foreseeable future.

The 11th team, we all want, would be Colton’s best option to enter F1 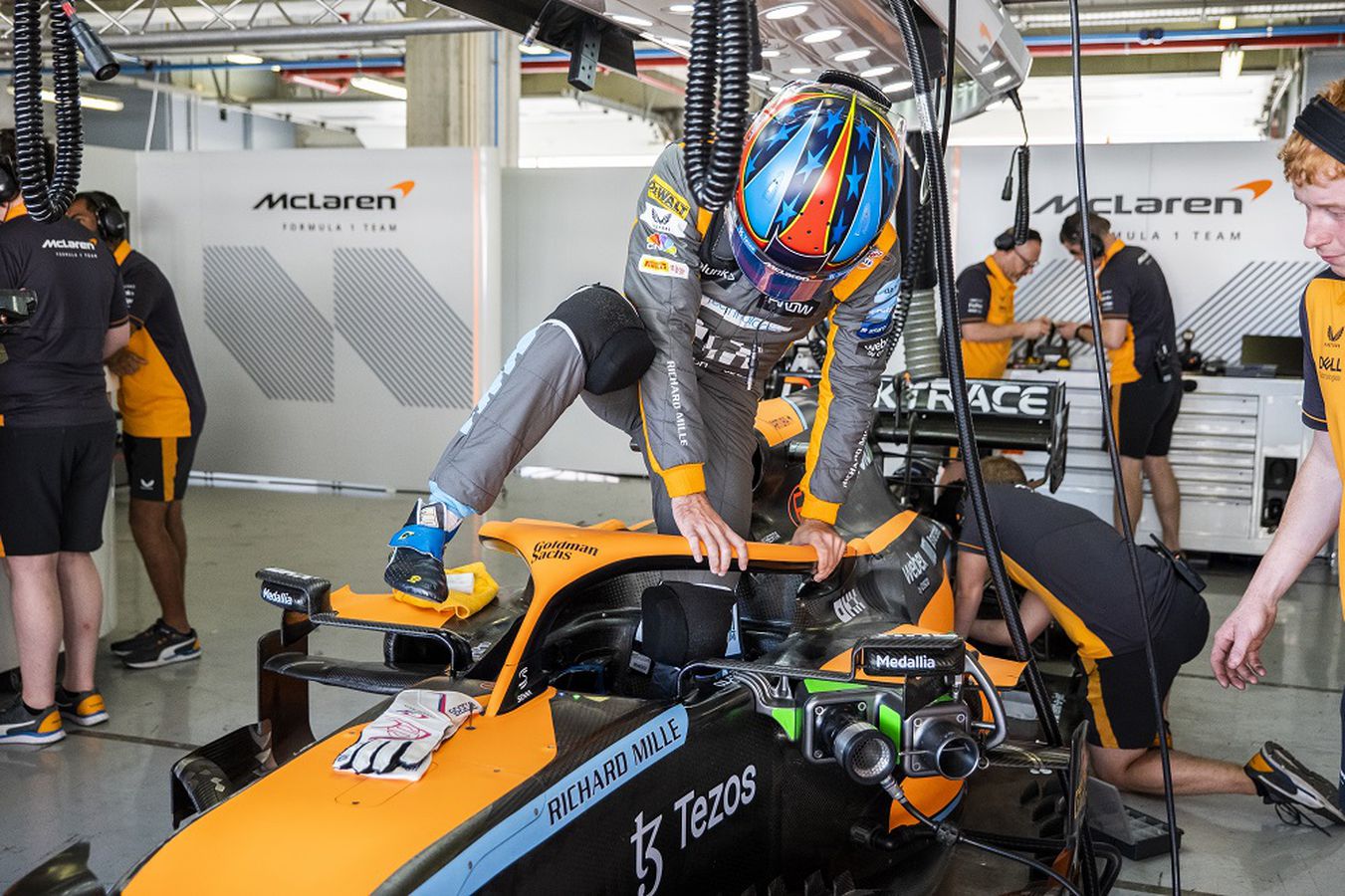 Depending on who you believe, the FIA is creating rules for 2026 that are an open invitation for more manufacturer involvement in F1, while opening up for teams to progress or compete at the highest level; aka 11th and maybe even 12th team. Time will tell.

Until then, it can be argued that only if Andretti Autosport get the entry they deserve (despite Toto Wolff trash-talking their value) and with that programme in place, Herta will be the obvious choice to be part of the project, namely one of the drivers.

Other than that, until F1 bosses seriously consider the obvious and enormous value of having a U.S. driver and an American team on the grid, and/or Andretti Global gets the nod, Herta will simply have to tread water.

In his own words, Herta recapped the test and revealed his objectives: “F1 is a goal of mine and has been for a while now. I wanted to see what these cars were all about, and luckily, McLaren was able to give me that chance.

“That was the goal of getting over here was get acclimated, get up to speed and really see what I can do in a race car. It was a lot of fun. It was super special to drive and handled beautifully. I was able to make some setup adjustments in the afternoon and get it more to my liking.

“You really want to impress people with how fast you can drive a race car no matter what the circumstances,” added Herta, who certainly impressed in his first F1 test.

That he is ready for the top flight, or at least a shot at it, is not in doubt as Mario says, but without a seat on the F1 grid, Herta’s potential will not be realised; a shame for the sport as too many mediocre drivers have seats in current teams and do not deserve to be at the pinnacle of the sport.