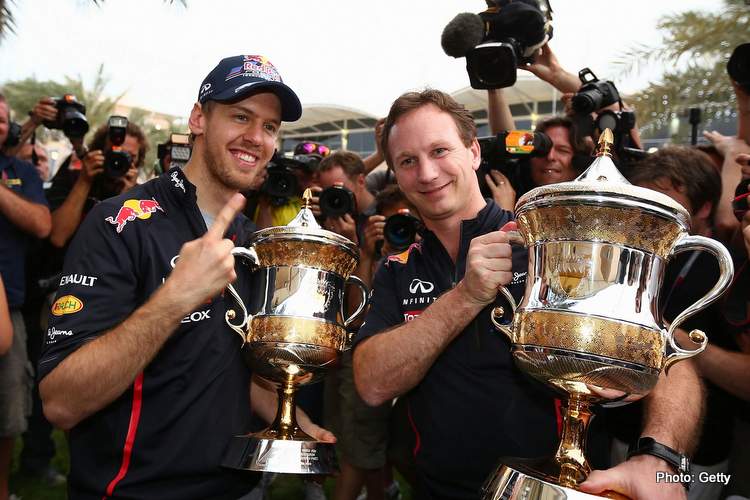 Sebastian Vettel will always have a special place in the hearts of the Red Bull team he was part of when he won his four Formula 1 World titles, getting stronger every triumph until, in 2013, he was at his very best according to Christian Horner.

Since he departed Red Bull, Vettel never found the same success, and a fifth F1 title eluded him during his remarkable journey from BMW, Toro Rosso, to Red Bull to Ferrari and his final destination Aston Martin.

It can be argued that the 2022 Seb is a shadow of his former self, the one-finger salute serial winner who was unbeatable from 2010 to 2013, times have changed to put it mildly.

However, the similarities with today’s leading driver Max Verstappen, in his former team, has remarkable similarities to the Vettel-era at Red Bull where they owned greatness using the same philosophy they currently employ with the Dutch prodigy: Back your number one driver wholeheartedly.

Needless to say, Red Bull team principal Horner is well placed to reflect on Vettel’s illustrious career in Blue, reaching a peak with them that he never could attain again.

He told reporters in Hungary: “Sebastian, in his time with us, was incredible. He came as a junior, he wrote a letter to Red Bull to see if they would support him, you know, locally, and, out of that came support from the local market, and then from the group, and then through the junior programmes, through Toro Rosso, and then into Red Bull Racing.

“I think the thing that stood out about Seb, was from the very beginning, you could see he was a very focused young man, and his work ethic was totally Germanic. He worked hard, he worked late, and he had a great sense of humour, so fitting into a British team, he embraced the culture immediately.

“He endeared himself across all areas of the business, whether he was turning up with chocolates for secretaries or learning the lingo in the garage – in a slightly different way to Yuki – but his commandment of cockney slang became legendary.

Horner: Seb had an ability to relate to people and get the best out of them 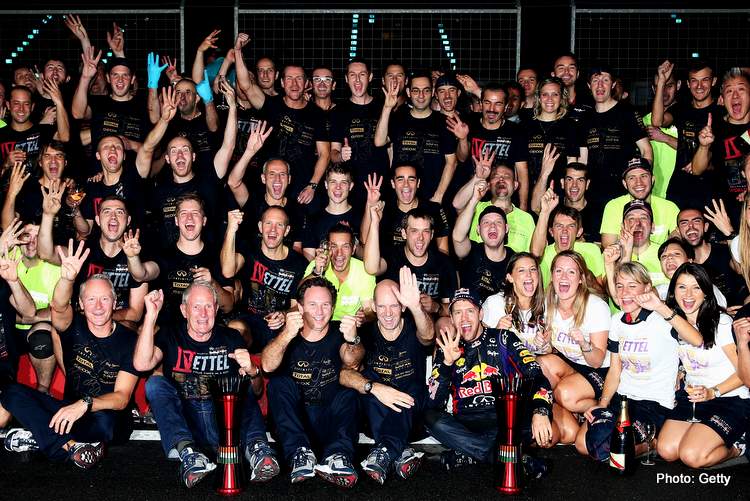 “And he was formidable in the cars that we produced in that period of time,” explained Horner. “They were, again, halcyon days in Formula 1: massive competitors, big teams that we were up against, and some outstanding successes.

“He, at that stage, was very focused on achieving, not just success, but achieving and going for records. They meant a lot to him. And the fans as well, a huge amount, just seeing him collect every bit of memorabilia and every gift in Japan that he would then insist on taking home.

“And some of the objects were slightly weird, but he kept everything, he kept absolutely everything. He was a pleasure for us to have in our team. We achieved some great things together. And I think having just watched him grow from a boy into a young man, and I think he’s a very principled guy. He has very strong beliefs.

“We’ve seen that in the latter stages of his career, as he’s very much standing up for things that he feels passionate about, and rightly so. His family is important to him. He’s a very private man. So pleased to see he’s become an Instagramer recently.

“And whilst his Formula 1 career comes to an end, he’s got a lot that I’m sure he wants to do in his life. And I’m sure he’s going to go on and do some great things. But it’ll be sad not to see him around. But I think the timing is right for him.

Horner: It’s not nice to see Sebastian running around in the midfield, he doesn’t deserve to be there 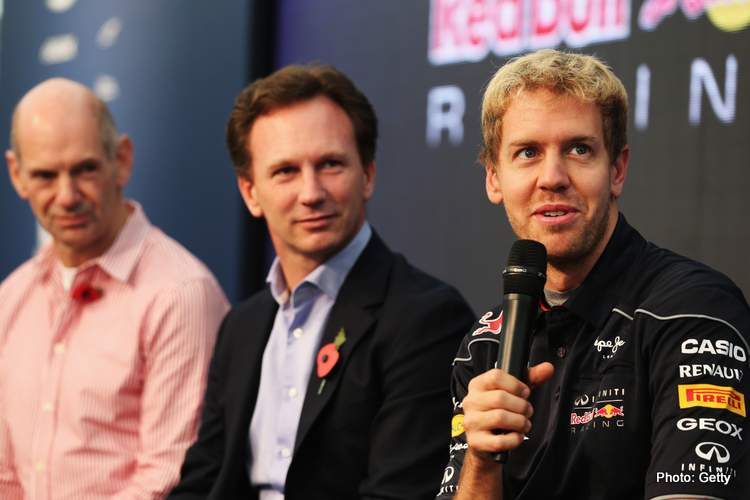 “I think the time is right for him to say, now’s the time for me to call time on Formula 1,” added Horner.

Vettel’s run with Red Bull in F1 began after he made his debut for BMW at the 2007 United States Grand Prix at Indianapolis. A substitute for regular driver Robert Kubica who was forced to sit out after a heavy prang at the Canadian Grand Prix.

By Hungary that year, Dr Helmut Marko had Vettel in a Toro Rosso and the rest, as they say, is well-told history.

At Toro Rosso for 25 races, winning his first Grand Prix at Monza in 2008 for the ‘junior’ team before being promoted to Red Bull alongside Mark Webber. Vettel remained in Blue for 139 races thereafter.

During that period he won 39 Grands Prix – third in the all-time list behind Lewis Hamilton and Michael Schumacher – as well as the abovementioned four F1 World Champion titles.

Horner recalled the Vettel era and highlights from those times: “He just got better and better. I mean, 2009, we were a young team, as well as him. And we made a few mistakes. 2010, he was, he was the standout driver that year, had a lot of unreliability and against the odds won the Championship at the end of the year.

2011, he built on that, 2012, was a super tough year. He’d only won one race before we left Europe. And then won, I think, four on the bounce to go head-to-head with Fernando in that final race in Brazil, but by the time we got to 2013, he just absolutely dominated and then nine victories in succession that he achieved.

“That was that for me was his pinnacle year: he brought everything together and was just truly outstanding that year,” concluded the Red Bull team boss.

Vettel announced his retirement last month, ending speculation he would renew for another year while confirming reports that he had lost motivation under the trying circumstances he has found at an Aston Martin team underdelivering.