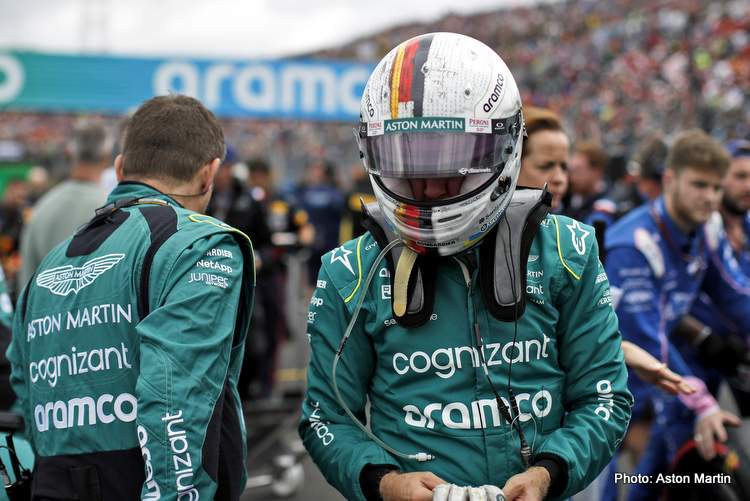 Martin Brundle believes Sebastian Vettel has burned the candle hard, as the German decided to retire from Formula 1 at the young age of 35.

Vettel announced ahead of the Hungarian Grand Prix that he will not be racing in F1 any further after the end of the 2022 season, making the finale in Abu Dhabi, the Aston Martin driver’s final race, his 300th in top flight.

“It seems no time at all since he was a BMW Friday test driver and then on the grid for Toro Rosso looking like a fresh-faced uni student enjoying life some 15 years ago,” Brundle said of Vettel in his Sky Sports F1 column.

“He may only be 35 but he’s burned the candle hard,” the Sky Sports pundit mused.

Vettel moved to Ferrari in 2015 after achieving his four Titles with Red Bull, but could not bring the Championship back to Maranello.

Brundle pointed out: “Fourteen of Seb’s victories were with Ferrari over six seasons which is perhaps more than some might imagine given that adventure didn’t go much to plan.

“I asked Christian Horner on Sky Sports F1 if he felt Seb had made a mistake leaving Red Bull for Ferrari at the end of 2014, and he was crystal clear that he felt it was the right move for him at that time,” he revealed.

Vettel will not maintain same exposure away from F1

Brundle admitted the Vettel not has other priorities, his family mainly, and may be looking to pursue his other interests especially in terms of equality, environmental awareness amongst other subjects, but warned that the quadruple Champion will not benefit from the exposure F1 offers.

“Sebastian wants to pursue family life and no doubt some of the other global initiatives and causes he has championed in recent seasons,” he said.

“Whilst on the same day he launched an Instagram account which already has 2.1m followers, he will find it hard to maintain an awareness and springboard away from the global F1 stage because that game relentlessly looks forward.

“How often has anybody mentioned Kimi Raikkonen this year, for example?” the 63-year-old quesntioned.

“Sebastian is a true champion and a thoroughly good human being, and it was a pleasure to commentate on his career,” the Briton concluded.

Farewell Seb, It’s been an absolute pleasure and privilege to witness your F1 career and many successes. Congratulations on everything and good luck with the next chapter of your life, and I’m sure we’ll be hearing much more from you. MB https://t.co/rBKbjNrrFa