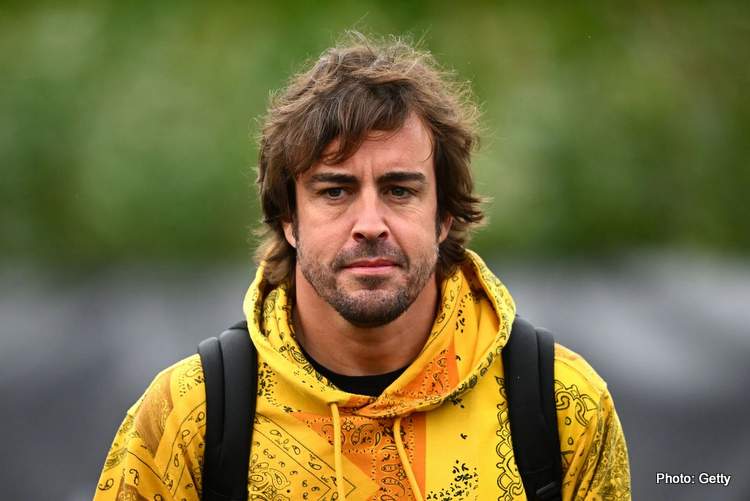 Aston Martin did not take too much time to announce Sebastian Vettel’s replacement for the 2023 Formula 1 season, and announced today that Fernando Alonso will be replacing the German.

Sebastian Vettel announced ahead of the Hungarian Grand Prix that he would not be racing in F1 in 2023, with speculation around his replacement kicking off immediately.

However Aston Martin didn’t give the rumour mill much time, and announced that double World Champion Alonso will be racing for the British team in 2023.

Alonso returned to F1 in 2021 after a two year-hiatus joining Alpine, and his decision to join Aston Martin means that he will have spent only two seasons with the Enstone-based squad with whom he won his F1 Titles in 2005 and 2006 under the Renault monicker.

Aston Martin said in a statement: “Aston Martin Aramco Cognizant Formula One™ Team is delighted to confirm that Fernando Alonso will join the team in 2023 on a multi-year contract. The whole company is very excited to bring Fernando’s incredible experience and brilliant pace and racecraft to the team. The recruitment of a special talent such as Fernando is a clear statement of intent from an organisation that has committed to developing a winning Formula One team.”

Alonso said of his decision to join Aston Martin: “This Aston Martin team is clearly applying the energy and commitment to win, and it is therefore one of the most exciting teams in Formula One today.

“I have known Lawrence and Lance for many years and it is very obvious that they have the ambition and passion to succeed in Formula One,” he added.

“I have watched as the team has systematically attracted great people with winning pedigrees, and I have become aware of the huge commitment to new facilities and resources at Silverstone. No one in Formula One today is demonstrating a greater vision and absolute commitment to winning, and that makes it a really exciting opportunity for me.

“I still have the hunger and ambition to fight to be at the front, and I want to be part of an organisation that is committed to learn, develop and succeed. We all appreciate that there is much to be done to get to the front, and that we must apply all our energies in working together to find performance.

“The passion and desire to perform that I have witnessed convince me to maintain my enjoyment and commitment to the sport.

“I intend to win again in this sport and therefore I have to take the opportunities that feel right to me,” the driver who turned 41 over the Hungarian Grand Prix weekend concluded.

Aston Martin team principal Mike Krack said: “I have witnessed the excitement in the engineering team and throughout the whole organisation at the opportunity to work with Fernando.

“We know that nearly everyone can learn from someone of Fernando’s calibre and experience. We are confident that he will inspire everyone to lift their game, and that will only enhance the already infectious energy that exists within the team.

“We are on a journey to create a winning organisation, and it is clear that Fernando will accelerate our progress and bring us to a performance in which we can take pride,” Krack added.

“We are delighted to have Fernando and Lance as our driver line-up next year – the combination of experience and youth will be incredibly strong and both drivers look forward to competing and working together.

“The team has a new leadership focused on the development of AMR23, and we are all thrilled that they and our future projects will benefit from the knowledge and experience that Fernando will bring,” Krack concluded.

Aston Martin Chairman, Lawrence Stroll added: “I have known and admired Fernando for many years and it has always been clear that he is a committed winner like me.

“I have set out to bring together the best people and develop the right resources and organisation to succeed in this highly competitive sport, and those plans are now taking shape at Silverstone.

“It seemed natural therefore to invite Fernando to be part of the development of a winning team, and we very quickly established in our recent conversations that we have the same ambitions and values, and it was logical and easy to confirm our desire to work together,” the Canadian explained.

We are delighted to confirm that two-time #F1 World Champion @alo_oficial will join the team from next season on a multi-year contract.

Tap below to read more. ⬇️#WeClimbTogether