Brundle: Who is going to take Seb’s place at Aston Martin? 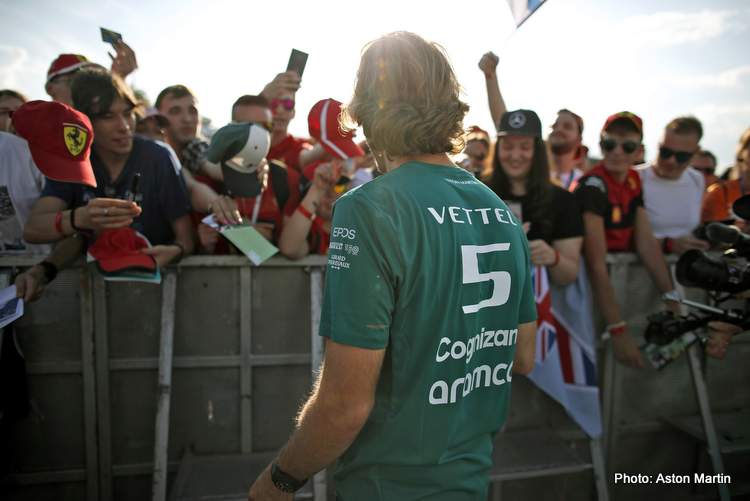 Martin Brundle said on Thursday that the immediate discussion in the aftermath of Sebastian Vettel’s retirement would be around the driver who replaces him at Aston Martin.

Sebastian Vettel’s retirement announcement sent Formula 1‘s ‘Who goes where?’ guessing game into overdrive at the Hungarian Grand Prix on Thursday, with a fistful of names tipped as a possible replacement at Aston Martin.

The four-time World Champion leaves a team near the bottom of the standings but with big ambitions and Canadian billionaire owner Lawrence Stroll determined to turn them into Title contenders.

Stroll’s son Lance is one of the drivers and anyone joining the Mercedes-powered team will have to fit into a special dynamic.

“The discussion is immediately, ‘Who is going to take Seb’s place at Aston Martin next?’ That’s the mindset of this business,” said former racer and Sky Sports television commentator Martin Brundle.

Vettel, 35, joined from Ferrari in 2021 with his best years behind him and as replacement for Mexican Sergio Perez, now at Red Bull and essentially hired as a supportive number two for Max Verstappen.

Silverstone-based Aston Martin could seek another experienced winner, perhaps even a Champion, a promising young gun or complete rookie. There are drivers out there in all categories.

Double world champion Fernando Alonso, 40, is out of contract at the end of 2022 but wants to stay at Renault-owned Alpine.

Piastri is a hot property but has more recently looked set for Williams in place of Canadian Nicholas Latifi as team mate to Alex Albon, while Mercedes F1 reserve Nyck de Vries won the Formula E title last year and is also available.

Australian Daniel Ricciardo, another name mentioned, is adamant he is staying at McLaren next year, and said on Thursday: “As I said last week, my future is clear and it’s here.”

“I think Fernando’s pretty nailed on at Alpine,” commented Brundle. Piastri I think is more likely to end up at Williams. Albon? My guess is if Ricciardo stays put at McLaren then Albon or De Vries (for Aston).”

Ocon, co-incidentally one of Stroll’s best friends in the paddock, said he was happy where he was but “I know the team very well and I know what they are capable of”.

There is also Mick Schumacher, currently at Haas with Ferrari backing. The German’s father, Ferrari great and seven-time World Champion Michael, made his F1 debut with Jordan, the team that first occupied the Silverstone site, in 1991.