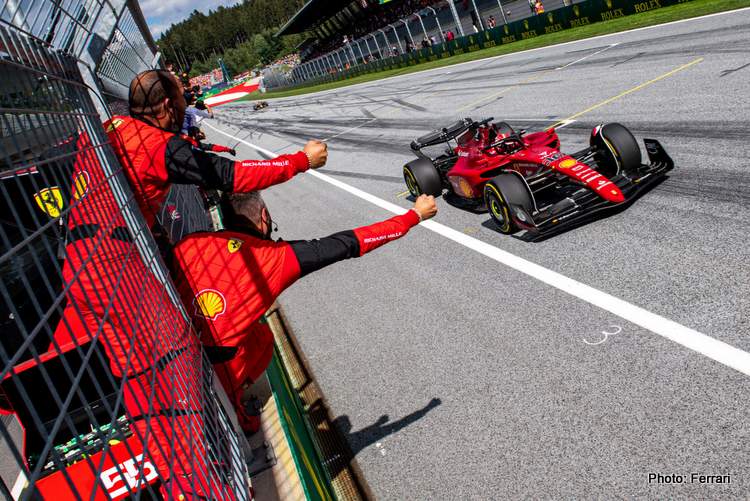 Charles Leclerc won a race again, the 2022 Austrian Grand Prix last weekend despite Ferrari’s best efforts to ruin it for the Monegasque.

Austria didn’t deliver a very exciting race, that is until Ferrari decided to spice up the show for the fans, but this time at the expense of poor Carlos Sainz, who was looking good for second, chasing down a limping Max Verstappen on worn out tyres, until the power unit on his F1-75 decided to go out in spectacular fashion.

Leclerc was leading comfortably when Sainz retired, which brought out the Virtual Safety Car, and gave Verstappen another chance to attack him, as the Ferrari driver started suffering problems with his throttle pedal and barely made it to the flag denying the Dutchman a win.

We had the second Sprint Race of this Formula 1 season at the Red Bull Ring, which is still a pointless affair, to be honest, especially as this one provided a spoiler ahead of Sunday’s race, as the signs were clear that Verstappen won’t have a smooth run to the flag from the pace Ferrari showed during the Sprint.

But hey, what do I know, as we’re going to have six Sprints next year because FOM insists it is a success as part of their masterplan to improve the show. It is what it is…

The weekend at Spielberg did not lack in terms of controversy, with the boo-brigade on it once again, this time Lewis Hamilton being their target, which as I mentioned from Silverstone is not nice to see.

That Hamilton was booed when he crashed made it even nastier, but it seems it will take time for F1 to recover from his poisonous fight with Verstappen in 2021.

Another negative aspect was the hooligans and their repulsive actions during the weekend, which is new to me frankly, and hopefully, it remains a one-off, but the sport and the race promotors should be ready to act on it should it persist.

Now let’s get on with our Takeaways from the 2022 Austrian Grand Prix.

Are Ferrari trying to lose this Title? 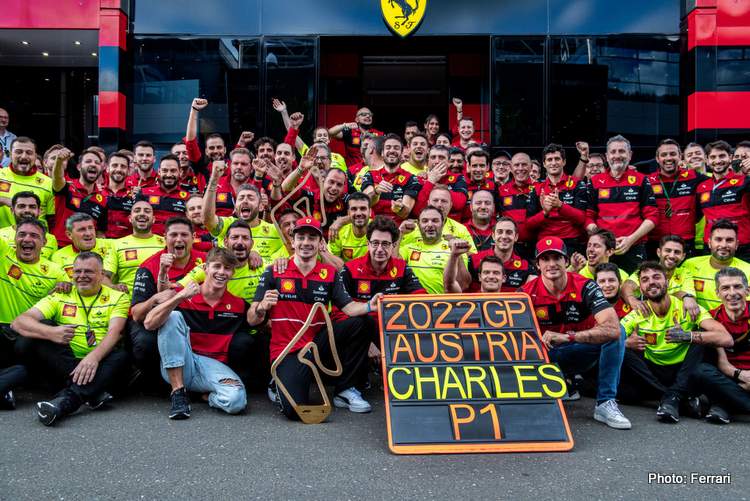 It has been a trend up to Austria that Ferrari show blistering pace over one lap, with Charles Leclerc that is, as proven by his six pole positions so far, while Red Bull have the better car over a race distance, which partially explains why Leclerc only has three wins – Ferrari’s reliability woes and strategy bungles are responsible for the rest – while Max Verstappen has six.

In Austria though, Ferrari appear to have sorted out their tyre degradation, while Red Bull did not, and the way Leclerc was closing down on Verstappen towards the end of the Sprint Race gave a peek as to what to expect in the grand prix.

From the start of Sunday’s race, Verstappen never looked convincing, while Leclerc seemed to have the ammunition to take a long-awaited win.

But Ferrari didn’t make his life easy, again, as after the Virtual Safety Car brought out by Carlos Sainz’s fiery retirement, Leclerc started having throttle pedal problems, as the pedal wouldn’t go back to zero when he lifted, meaning his downshifts were compromised as everything is electronically controlled to protect the gearbox and the power unit.

The final few laps were tricky, to say the least, but Leclerc was masterful in managing the problem, keeping it together to cross the chequered flag ahead of the chasing Verstappen.

Ferrari can thank Leclerc for saving their race in Austria, as Sainz did in Silverstone when he defied team orders to protect his teammate’s lead, which means that since Monaco, the team have not had a clean race weekend, and that is concerning. It’s as if they are trying to lose. 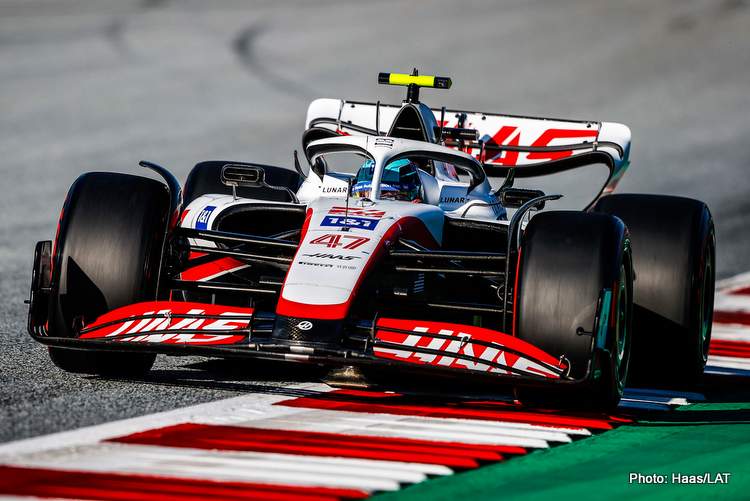 Mick Schumacher scored points for the second race in a row in Austria, and while it is too soon to confirm the young German is out of the woods, one cannot ignore that he is showing promise.

He seems to be more in control and confident, and maybe that is due to his breakthrough from Silverstone – his first ever points in F1 – and that was evident from the way he expressed his displeasure with his team’s management of the Sprint, having wanted to be swapped with teammate Kevin Magnussen who was ahead.

But despite that, Schumacher was locked into a thrilling fight with Lewis Hamilton who was relentlessly attacking him, the German defending beautifully but unfortunately not scoring any points for his efforts as he finished one place outside the point-scoring positions – ninth.

On race day, Schumacher had another tussle with Hamilton and held his own once more, but this time, he went on to finish the race an excellent sixth, having started from ninth.

There is no doubt that the son of Michael Schumacher will always be in the spotlight, and the pressure of his family name will always weigh heavily on his young shoulders, while his worthiness of a place in F1 will always be questioned and put down to who his father is.

This season has been trying for the 23-year-old, and he was more error and crash-prone, and it didn’t look good for him when Magnussen was catapulted into the seat of the sister car after one year away from F1 and beat him immediately.

Hopefully, Mick now calms down having scored his first points, after two consecutive strong performances and continues his strong form over the remaining of the season. 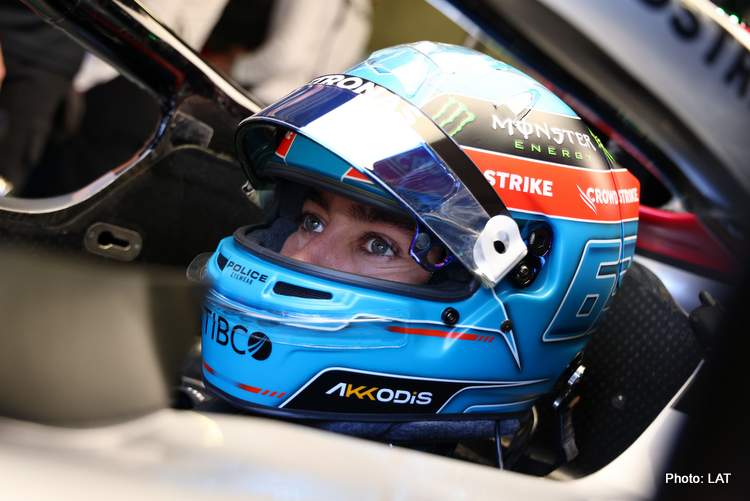 George Russell may have finished fourth in Austria, but his weekend was far from ideal, following his disastrous Silverstone race.

He was slower than Lewis Hamilton for the next race in a row, and his crash in qualifying on Friday did not help, but he had a decent banker lap that meant he qualified in fourth place, noting that Sergio Perez’s post-session relegation to 13th for violating track limits was a bit of luck on the side of the young Mercedes driver.

He finished the Sprint Race in fourth, but a clash with Perez at the start of Sunday’s grand prix meant he received a five-second penalty and some car damage putting him on the back foot, but he finally climbed to finish fourth once more, with Carlos Sainz’s retirement also favouring him. Perez was not as lucky and had to retire the car.

But here’s the thing, Russell now is only five points behind Carlos Sainz in the Drivers’ Championship, and with Mercedes’ form improving, and Ferrari yet to deliver clean race weekends, the 24-year-old may soon become a factor in the Championship.

I am not saying he will win the Title, but he will be playing a role in shaping this season, so will Lewis Hamilton in the sister Silver Arrow.

Looking at things generally, Leclerc is now 38 points behind Verstappen, Perez 57, as Red Bull lead Ferrari by 56 points in the Constructors’ Standings.

With half the season out of the way, and pending the remaining two races before the summer break, we could be heading towards a Championship reset before F1 goes on vacation.