Villeneuve: Leclerc’s victory in Austria good for his confidence 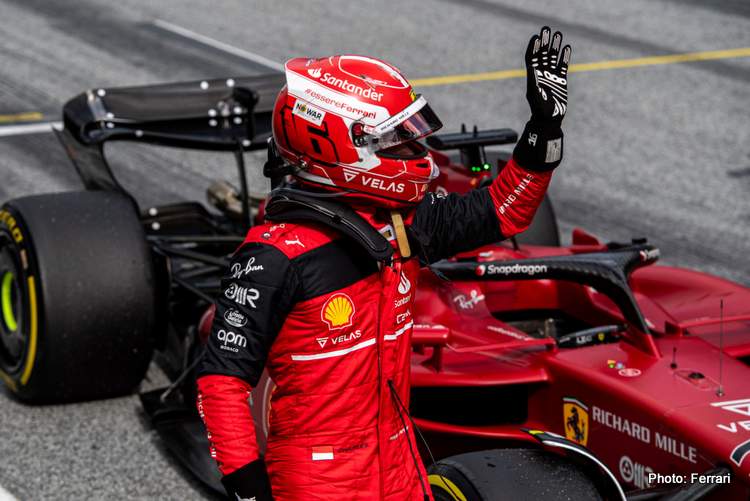 Jacques Villeneuve believes that Charles Leclerc beat Max Verstappen at the 2022 Austrian Grand Prix in the same means, which is good for his confidence.

Charles Leclerc overtook Max Verstappen three times on his way to victory at the 2022 Austrian Grand Prix last Sunday, as Red Bull and the 2021 Formula 1 Champion had no answer for the Ferrari/Leclerc combo on the day.

Jacques Villeneuve wrote in his formule1.nl column: “For Leclerc, the victory is of course good for his confidence.

“That first overtaking maneuver on Verstappen especially, it was with the same means: the same amount of fuel and the same tires. That was a nice fight, after that there were too big differences in tires plus the DRS.

“Verstappen didn’t really defend there anymore either,” the Canadian claimed. “You saw that throughout the race, where DRS generates overtakes but not necessarily better fights.

“The question is what we want from F1,” the 1997 F1 Champion reflected. “The 2022 rules were conceived with the idea of ​​also removing DRS in the long run. But we are so used to it now, as are the fans.”

The weekend in Austria featured the second Sprint Race of the season, which Verstappen won, and Villeneuve that was down to an error from Ferrari, and Carlos Sainz in particular as – instead of focusing fighting the Red Bull ace – the two Scuderia drivers were busy fighting each other.

“The sprint on Saturday was great,” he said. “The Ferraris were faster, but started to fight each other. A misjudgment by Carlos Sainz, who I think should have saved his tires and then put the pressure on Verstappen together with Charles Leclerc.

“It was clear that Ferrari was better on the road on Sunday with a full tank, Leclerc came more easily to the apex and had better grip at the exit than Verstappen.

“Red Bull looked a bit insecure, they tried an aggressive strategy to lure Ferrari into the pits, but the Scuderia didn’t flinch,” the 51-year-old explained.

“Lucky for Verstappen was Carlos’ retirement,” he went on. “That was a painful one for him, it looked dangerous by the way with that rolling car.

“It’s just harder to get out with the halo,” the former F1 racer pointed out. “I thought it was a shame that we got that VSC instead of the safety car. I don’t see any consistency there this year either.

“I think that you should always use the safety car in the race, it is also safer anyway,” Villeneuve insisted.

A word of advice to Mick Schumacher

One of the stars of the race in Austria was Haas’ Mick Schumacher, who scored points for the second time in a row, while showing great skill fighting with Lewis Hamilton, both in the race and the Sprint.

Villeneuve complimented the son of his old rival, saying: “He has definitely progressed as a driver. I also criticized him: he crashed a lot and forced, but it’s really getting better.

“His fight with Hamilton on Saturday was beautiful. But as soon as he passes someone, he squeezes the other too much off the track.

“Yesterday he did that a few times, including with Fernando Alonso. He has to be more careful, it’s the only downside because his speed in the last races is good,” he advised the young German.